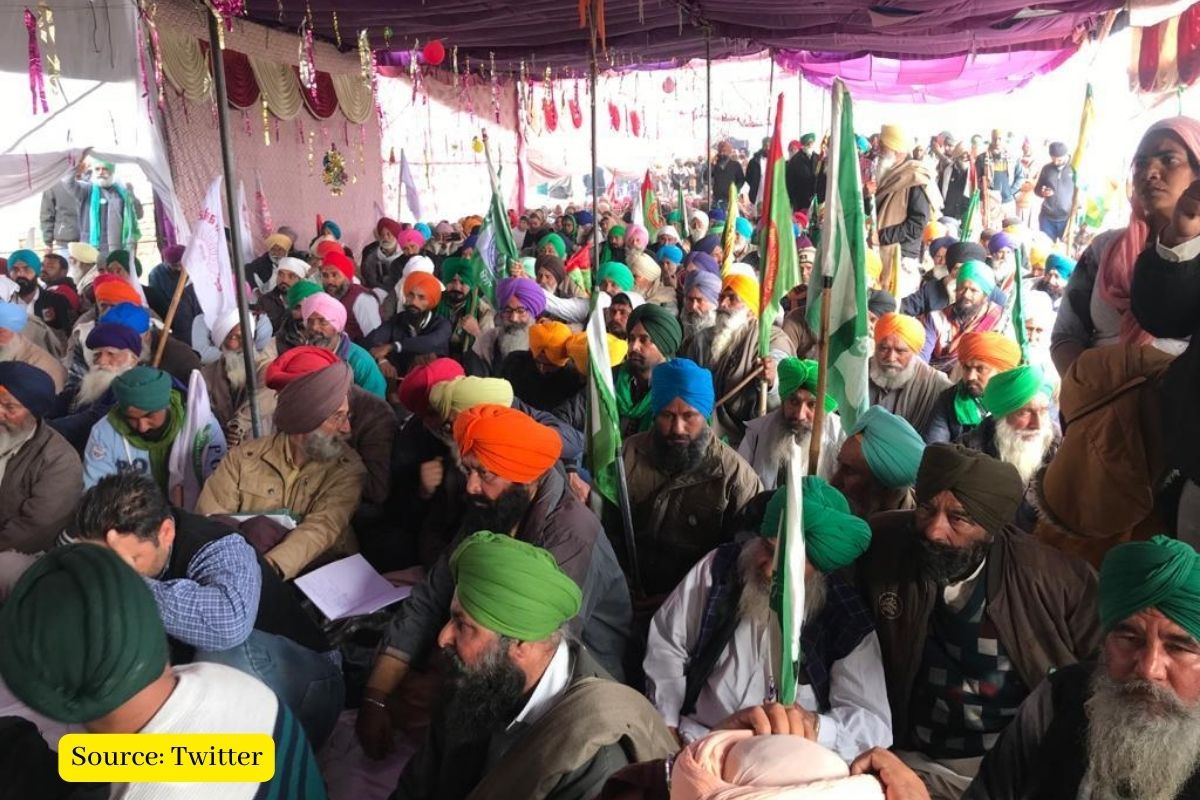 The confrontation between the farmers and the security forces continued on the 2nd. On Tuesday, farmers loyal to several agricultural organizations forced their way through police barricades to reach the site of a protest against a distillery and an ethanol plant in Mansurwal village.

Villagers under the banner of the Sanjha Zira Morcha have been protesting in front of the plant for the past five months, demanding that the distillery be closed because it was allegedly polluting groundwater and causing air pollution. Around 8,000 farmers belonging to 39 agricultural unions came here on a call made by Sanjha Morcha, who has been leading the protest.

Farmer leaders including Guljar Singh, Gurmail Singh, Mangal Singh and Nirbhay Singh said that the people belonging to this area have been suffering due to pollution caused by this plant for the past few years. “Because of this factory, farmers’ crops were destroyed and people have been diagnosed with cancer,” they said.

Farmers, who had come to Zira and Ferozepur despite the dense fog, accused the state government of being concerned with only filing a report in the high court and not addressing the people’s miseries.

BKU Dakaunda Chairman Buta Singh Burjgill said they have formed a five-member committee to decide the future course of action in consultation with Sanjha Morcha Zira.

“We have told officials that many farmers have also been injured. We told them to stop this repression. This will create more tension. All detainees must be released unconditionally. The police must stop raiding the houses of union leaders. This dharna will continue for the time being,” Burjgill said.

Ferozepur Chief Police Superintendent Kanwardeep Kaur warned on Monday that anyone attempting to disturb law and order by obstructing government officials on duty or through objectionable posts on social media will be dealt with with a heavy hand.

“The police are here to ensure compliance with the order of the high court. The protesters can continue their ‘dharma’ but we have to ensure the safe passage of the plant workers inside the factory as per the instructions of the court and any that interrupts this process, they will be treated in accordance with the law,” the SSP had said.