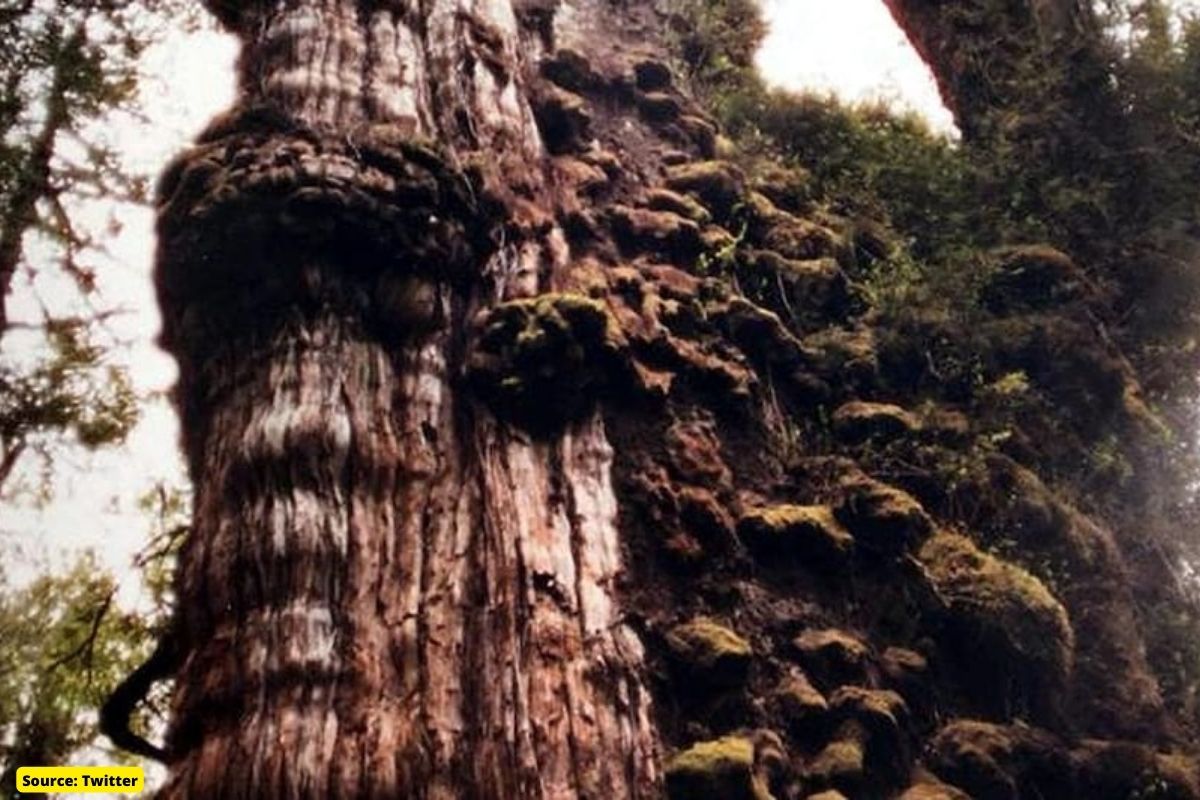 A new report has revealed that a lush forest in the South American country of Chile may be home to the world’s oldest tree. The ancient tree has been dubbed the ‘Great Grandfather Tree’ (grandfather) which is believed to be more than five thousand years old.

The trunk of the tree is so thick that scientists have not been able to determine its exact age based on colour counts. Usually, a one-meter cylinder is taken out of the trunk of any tree to count its colours but the diameter of the trunk of the ‘Great Grand Father Tree’ is only four meters.

Earlier, Bristlecone Pine, considered to be the oldest tree in California, is 4,853 years old. The Great Grandfather Tree may be five hundred years older. Although the tree has survived many human civilizations, scientists are concerned about it in Costaro National Park.

He said that visitors often do not take precautions and step on the roots of the tree and take off the bark. The location of similar trees in the United States is kept secret to avoid similar damage, he said. “People need to think about what it means to live 5,000 years and keep their lives in the mind and the climate crisis,” Barichov said.

A study by a group of researchers from the University Institute of Sustainable Forest Management of the University of Valladolid (iuFOR), the Rey Juan Carlos University and the Teide National Park, was published in the prestigious scientific journal Ecology of the Ecological Society of America, has identified a Canarian cedar (Juniperus cedrus) located in the Teide National Park, as the oldest tree in the European Union.

The radiocarbon technique has been applied to this specimen, and it has turned out that it is 1,481 years old, so it is four hundred years older than the tree that until now was considered the oldest, a pine in Greece. popularly nicknamed Adonis.

“Two years ago, in 2019, the Teide National Park identified a specimen known as the Patriarch as the oldest tree in the protected natural area, however, this new study confirms that there are even older specimens,” said the Director of Management of the Natural Environment and Security of the Cabildo, Isabel García.

The councillor added that “the National Park is a great scientific laboratory in constant operation, and proof of this is this important analysis that delves into the presence of Canarian cedars on the peaks of the island at a time when the vegetation could have been very different from the current one ”.

Access to these populations of Juniperus cedrus, a species native to the Canary Islands, is quite difficult as they live perched on volcanic rock cliffs only accessible with advanced climbing techniques. A challenge that scientists overcame thanks to the collaboration of local climbers, experts in conservation work in cliff areas and co-authors of the work.

Patagonian cypresses, also known as alerces, are native to Chile and Argentina and have long been recognized as the second longest-living tree species in the world.

But earlier this month, a story in Science by Gabriel Popkin revealed that environmental scientist Jonathan Barichivich and the researcher who first identified that old larch tree had been studying another tree in a Chilean national park.

The researchers used a T-shaped increment borer to drill and extract a core sample from the mossy cypress tree. The drilling device was unable to reach the center of the tree, which is more than a dozen feet in diameter. But by combining their core sample with tree-ring information from other larch trees, and using computer models, the pair estimated the tree to be about 5,400 years old, with an 80 percent chance it was more than 5,000 years old.