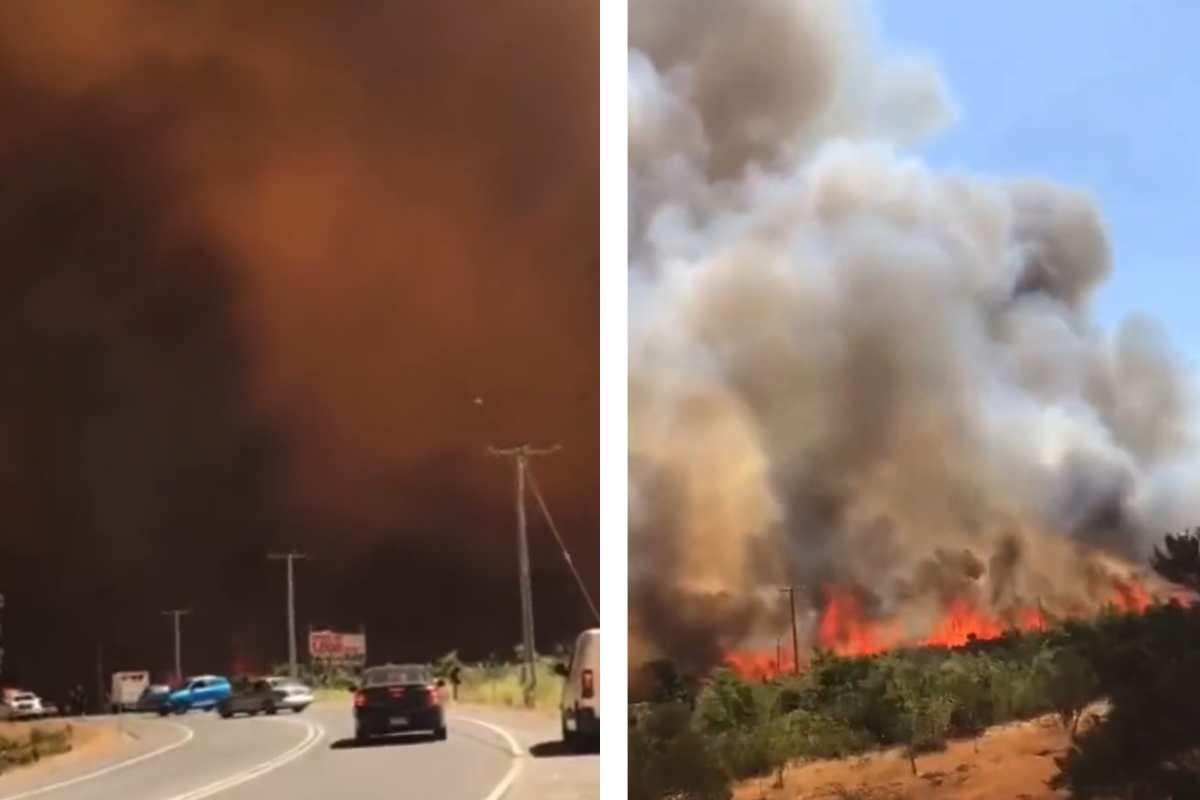 Chile’s Climate Crisis: Six million people in the Chilean capital of Santiago are currently experiencing extreme haze and smoke. A public health alert has been issued due to a historic heat wave that has swept across the country’s central and southern regions. Central regions including the Santiago metropolitan area, Valparaiso, O’Higgins, and Maule are on red alert. On Thursday, 15th December, Santiago recorded the third highest temperature of 36.7°C the country has seen in 111 years. Wildfires have destroyed over 7,000 hectares of land in Chile.

The fire has already broken into some areas of small settlements. More than a thousand houses have already burned to the ground. As the fire’s edge closer, evacuations were ordered in Melipilla, some 60 km (37 miles) from the capital. More than 10,000 firefighters with aviation support are involved.

Forest fires are common around the southern summer season. This happens due to high temperatures and strong winds helping the rapid spread of flames.

Air operations were not affected by the smoke but people with bronchial problems were advised to keep their doors and windows closed. Coarser particles are being monitored to see how they might affect public health.

Chile is at the grips of the climate crisis. They are currently facing a 14-year drought that has prompted talk of water rationing in the Santiago Metropolitan Region. The region is home to about 40% of the nation’s 19 million people.

The latest Intergovernmental Panel on Climate Change (IPCC) report says that the dry spell is a combination of natural and anthropogenic factors.

Wildfires have been considered a serious risk in Chile for many years. However, it was not until 1985 that homogenous, reliable statistics about wildfires in Chile became available. Since then, the relationship between fires and meteorological trends could be determined more accurately.

Among numerous reasons, below mentioned are some common reasons are on why Chile experiences such extreme wildfires:

Hence, countries like Chile, which have had a past and coming future associated with high temperatures and forest fires and need to have departments and organizations that actively work toward risk management.

People who tend not to be very well informed about services offered by governments and organizations also need to be made aware so as to efficient safeguarding in the future.