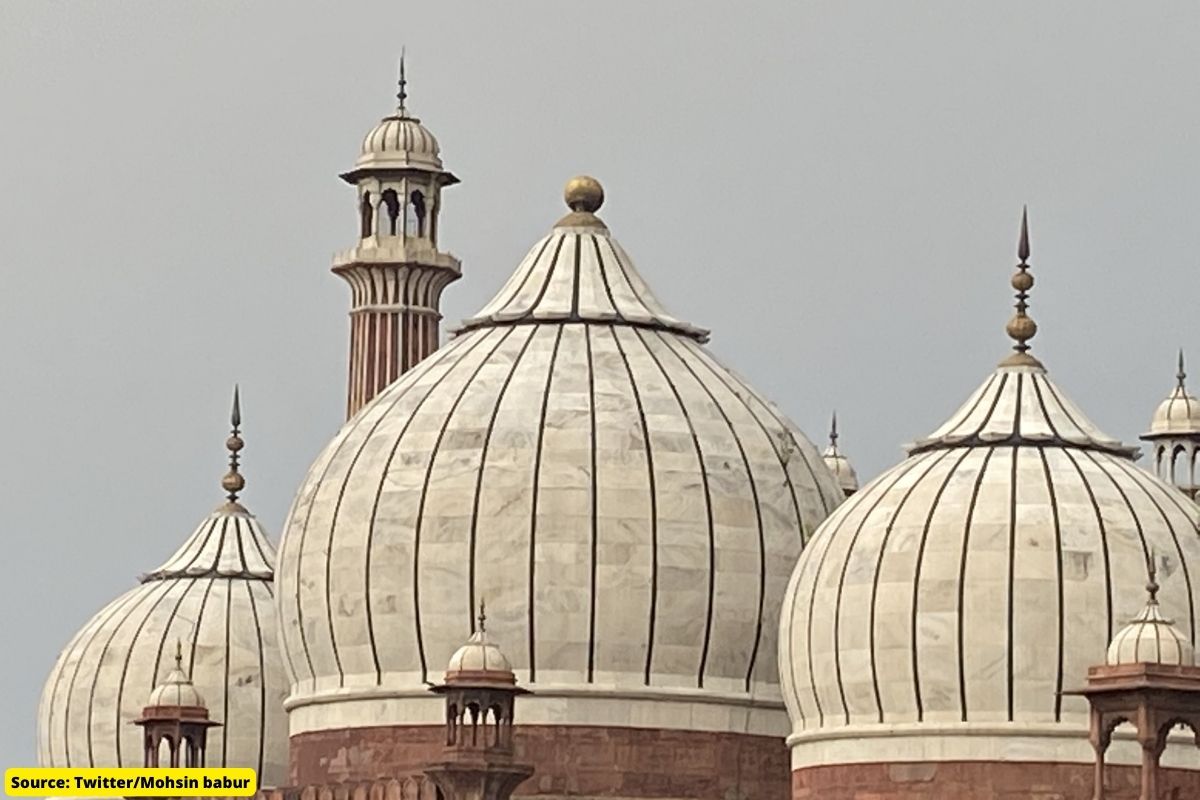 Heavy rain fell on various parts of Delhi-NCR, lowering the temperature and providing much-needed relief from the heat. Meanwhile, the middle dome of the Jama Masjid was damaged by heavy rains.

Shahi Imam Jama Masjid Sayed Ahmed Bukhari said two people were injured by stones when they swayed and fell from one of the minarets and other parts of the mosque.

“Kalas (end) of the main dome fell off. It needs urgent repairs to prevent further damage. Some of the mosque’s construction stones also weakened and fell off. I will write to the Prime Minister about the immediate repair of the mosque rope in the Archaeological Survey of India, “Bukhari told PTI.

Many mosques are decorated with domes. In some traditions, the dome symbolizes the  “vault to heaven”. The interior of the dome is usually richly decorated with floral, geometric and other patterns. The main dome of the mosque usually covers the main prayer hall of the building. Some mosques may also have secondary domes.

A simple definition of a dome is “a hemispherical roof built of stone, wood, metal or glass.” From the beginning, in the Middle East and Southwest Asia, it was a popular method of roofing in places where there was no wood. It was easy to build using adobe bricks, which were either slightly bent inwards, or placed layers of bricks in circles that gradually became smaller. It has been suggested that the round huts used by nomadic tribes may have had some effect. The Romans adopted the dome, as we see in the Pantheon in Rome, and the Byzantines used the dome to cover their monumental buildings.

The foundations of the dome-shaped buildings were first laid in mainland Iraq. This land has nurtured the great civilizations of the world in its bosom since ancient times. The invention of the dome was also a natural phenomenon of Iraq. Because the dome is hollow and high on the inside, the dome-shaped building stays cool in summer and looks good. Excavations at Ur have uncovered a tomb dating to 2700 BC, with a dome still intact. It is probably the oldest dome in the world.

German historian of Islamic Ernst J. Grube, explaining what he thought was Islamic architecture, wrote the following about the dome: “The dome seems to be a common symbol meaning power, the royal city, the center of assembly; therefore, it can serve both religious and secular purposes. Its appearance does not help us to understand, interpret or identify any building.

In our region, the people of Central Asia have adapted architecture to the specific situation of the region. The ancient buildings here are not only masterpieces of architecture, but also full of creativity. In particular, the Central Asian-style house, which from the outside resembles domed and arched principles. In this style of construction, the roof of the house consists of pillars and two beams, while the roof is made by attaching wood in a certain style.