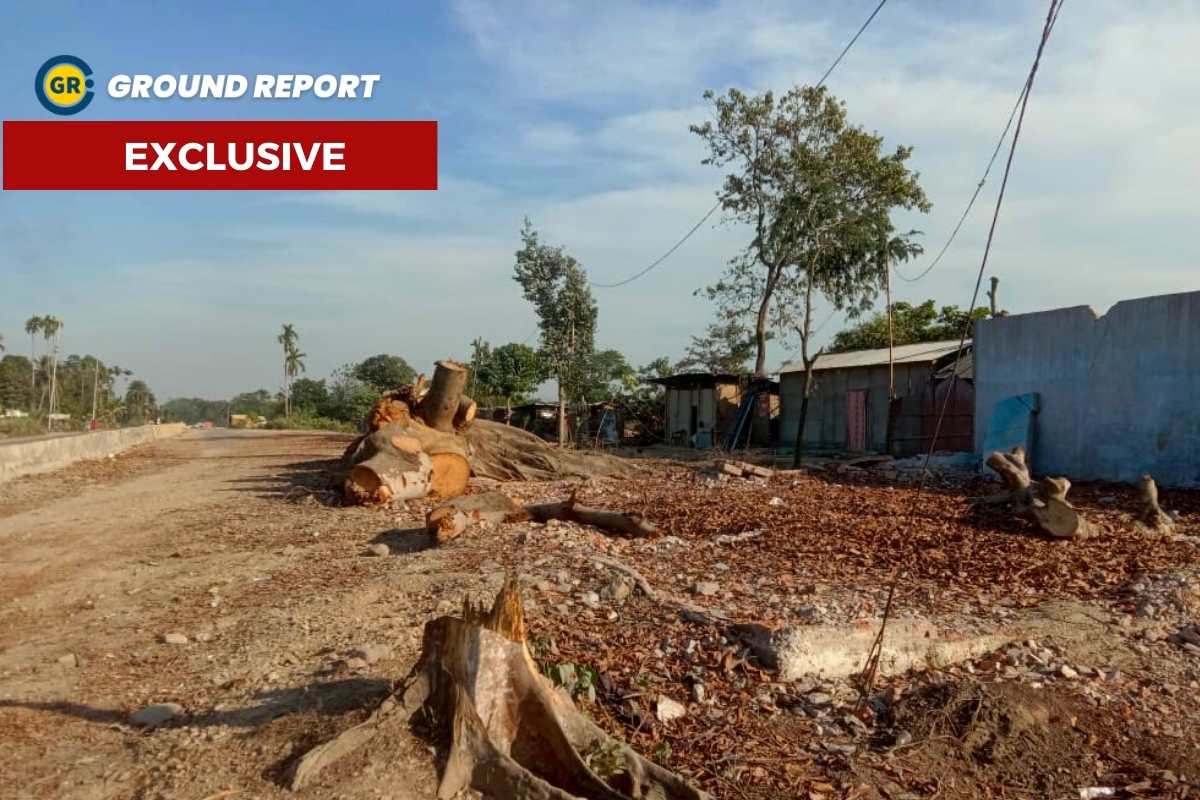 NH-37 project Assam: There is no doubt that with a good network of roads comes various benefits such as socio-economic development, better production activities, and tourism. While traveling, we might complain about potholes, congestion, and whatnot. But, we do not usually spare a moment to think about how the highways are built. Furthermore, the environmental consequences it brings with it. All over India, the widening or construction of new roads leads to the cutting of trees and the demolition of residential and commercial buildings. And, the northeastern state of Assam is no different.

In 2013, the Cabinet Committee on Economic Affairs gave its approval for the four-landing of the ‘Jorhat-Demow’ section of National Highway 37 in the state of Assam. The estimated cost was around Rs. 874.69 crores excluding land acquisition and other pre-construction activities. The project was to help in improving the infrastructure, reduce the cost of travel traffic between Guwahati to Dibrugarh and also increase employment potential for local laborers. The project was taken up by NHIDCL under the Ministry of Road Transport and Highways.

After its approval, the West Jorhat Town Committee made an appeal for the diversion of the proposed four-lane highway. They cited environmental degradation, a potential cause of heavy noise and air pollution as it would pass too close to Jorhat town. But, no amount of appeal made any difference. Ultimately, the four-lane resulted in the pulling down of many religious places, educational institutes, residential and commercial buildings, and large-scale deforestation.

Also Read:  Deforestation in Nicobar, but trees to be planted in Haryana, does it make sense?

Although, this method is not quite sustainable since a paper published in the Royal society has found that it takes a tree at least 10 years before it can start absorbing more carbon than it can emit. Therefore, protecting the older trees is much more efficient. Planting new trees requires more work and is also more expensive making reforestation projects less sustainable.

Another major problem was the demolition of buildings along the highways.

Some residential and commercial buildings are completely broken down, sparing some parts of the buildings that didn’t need to be pulled down. This has affected people, especially those who live hand-to-mouth lives. People faced economic loss because of the demolition of commercial buildings and small-scale businesses. While talking to some residents, they have stated that even though they have been compensated for the land acquisitions, it is a big blow for them as it is quite difficult to build a home and business all over again.

People have also complained about the scorching heat during the recent summers and air and noise pollution from vehicles.

The four-lane project which started long back is yet to be finished, which has angered the public. Chopped trees and half-broken homes can be seen throughout the journey from Kaziranga to Jorhat. Earlier the places which had trees on either side of the road, now look lifeless and bland with dust-filled air.

More from the Author