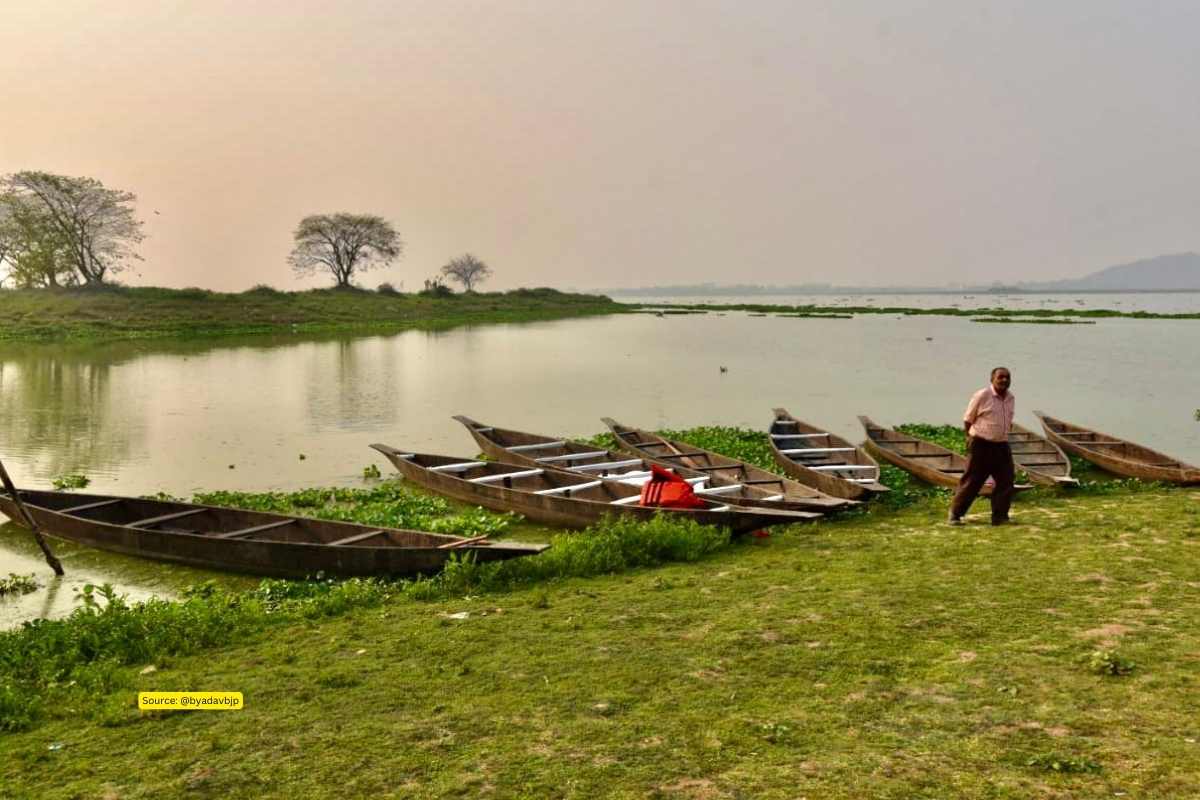 There are three Ramsar sites in three out of the eight states in the northeast of India. These include Deepor Beel in Assam, Loktak Lake in Manipur, and Rudrasagar Lake in Tripura. Wetlands support a wide range of wildlife and microorganisms. They also benefit people with water purification, groundwater replenishment, storm protection, flood control, water storage, and the processing of carbon and nutrients.

According to the UN Millennium Ecosystem Assessment, wetlands are the most vulnerable to environmental degradation compared to other ecosystems.

This is a freshwater lake and the largest Beel in the Brahmaputra valley. The beel is located close to Guwahati City, Assam. The water body benefits around fourteen villages around the wetland.

Furthermore, almost 500 families are dependent on fishing for financial means.

It is also the home for migratory birds and is one of the largest aquatic bird habitats in Assam. Deepor Beel also houses fifteen endangered species such as  Asiatic elephants, Baer’s Pochard, and Slender-billed vultures.

Deepor Beel has been the dumping ground for the Municipal waste of Guwahati city. Rapid and unplanned urbanization has led to changes in the biodiversity of the site. Population growth in Guwahati has resulted in encroachment which has blocked the natural drainage pattern causing an imbalance in the water level. The lake area has decreased from 7.1 sq km to 5.2 sq km and the leaching of chemicals from the nearby agricultural lands has led to weed growth.

Loktak Lake is the largest freshwater lake in northeast India. The lake is situated near Moirang town in Imphal. It is referred to as the ‘lifeline of Manipur’, as it is the habitat of a number of wildlife and local people and thousands of fishermen depend on it for their livelihood.

The lake is the natural habitat of the most endangered ungulate species i.e. the brow-antlered deer locally known as Sangai. Other than this, it is also the abode of various species such as the Indian python, sambar, barking deer, hog deer, otter, etc. Migratory birds flock to this site during the months of November to March, most prominent birds include lesser skylarks, hornbills, wagtail, and Himalayan pied kingfisher.

Research has also found that increased agricultural activity and drainage of domestic waste in the vicinity of the lake have led to water pollution. Deterioration of the water quality of freshwater has affected the aquatic life and wildlife dependent on it.

The Lake, also known as Twijilikma is situated in the Melaghar village area of the Sepahijala district close to the Gomti river.

The lake has been suffering from low water levels for years and at certain times the lake almost looks like a pond. The MoEFCC has identified Rudrasagar lake as one of the wetlands of national importance for conservation and sustainability. Primarily, based on its biodiversity and socio-economic importance.

The lake is important for endemic species of fish and the three-striped roofed turtle Kachuga dhongka and is also abundant in commercially important freshwater fishes. It is also the home of the endangered Baer’s Pochard and Ferruginous Duck.

The lake is a natural sedimentation reservoir that receives flow from three perennial streams which are Noacherra, Durlavnaraya cherry, and Kemtali cherra. Because of the sediments, the lake has had low water levels. Therefore, it is necessary to maintain a certain level of water in the lake. Garbage dumping and deposition of solid waste and construction materials have threatened the state of the lake. Also, the water quality is poor due to the growth of invasive species and eutrophication on the lake.