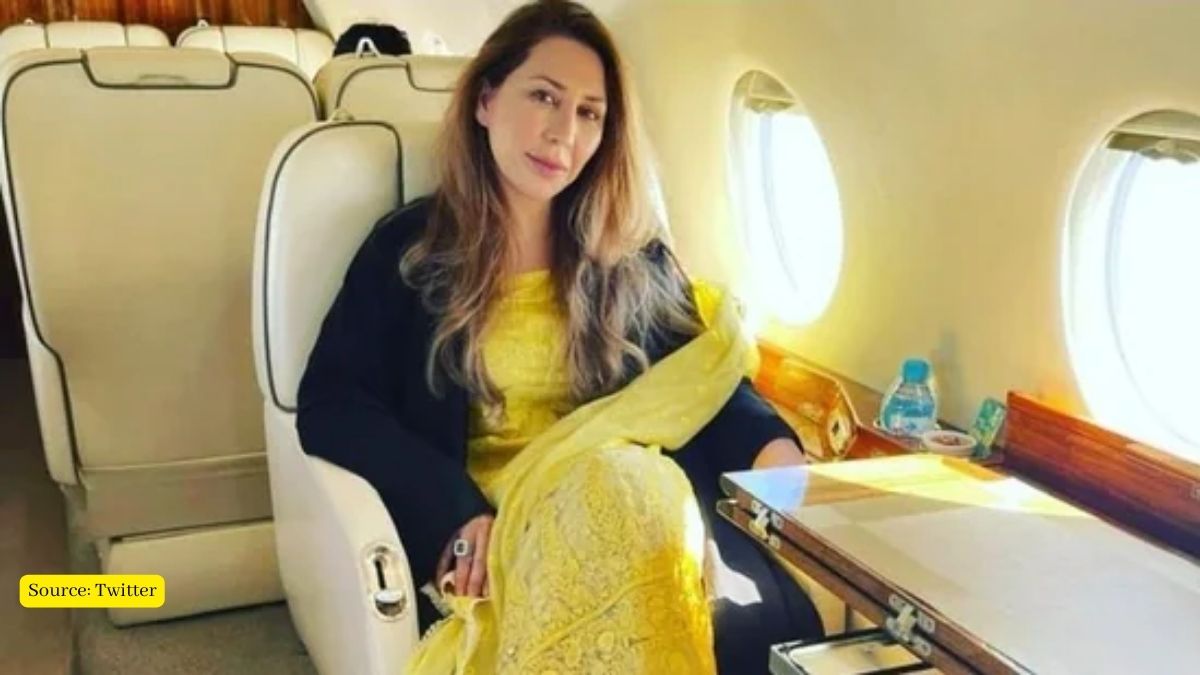 In Pakistan, the constitutional crisis has erupted following the Speaker’s roll call on a no-confidence motion, corruption charges are also being levelled against Farah Khan, a friend of Imran Khan’s wife Bushra Bibi, according to claims, the bag is seen in the photo costs $90,000.

Abdul Aleem Khan had alleged that in Punjab, Farah Khan used to receive crores of rupees through appointments and transfers through Chief Minister Usman Bazdar and all this was happening under Imran Khan’s nose.

On Twitter, a user named Fahad Marwat shared a photo of Farah Khan in a yellow dress in which she can be seen boarding a plane.

While sharing the photo, the user claimed that the value of the purple bag kept with Farah Khan’s seat is $ 90,000.

According to reports, Farah Khan had left for Dubai on Sunday while her husband had left for America on March 31.

According to local media reports, according to the Federal Investigation Agency (FIA), Farah Khan and her husband were not prevented from traveling abroad, so no one could be stopped from going abroad on mere allegations.

According to a Geo News report, PML-N leader and former Finance Minister Miftah Ismail said that Farah amassed a large amount of money from the transfer of civil servants in Punjab. Reports say that he arrived in Dubai on April 3, the same day that Imran Khan dissolved the National Assembly and the speaker dismissed the no-confidence motion put forward by the opposition.