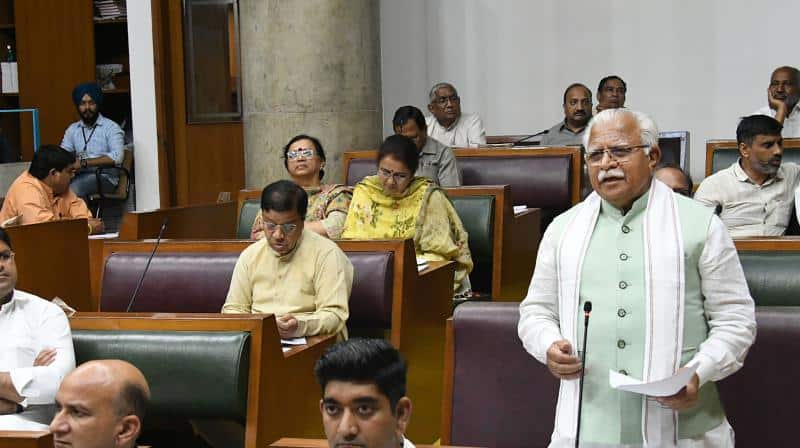 Ground Report | New Delhi: Anti-conversion bill Haryana; Haryana passed the Haryana Conversion Prevention Bill, 2022 against religious conversion in the assembly on Tuesday. During this, members of Congress opposed the bill and walked out of the house.

Prime Minister Manohar Lal Khattar told the chamber that anyone can convert to his religion at his own wish, but it will not be allowed to happen to anyone by force. Action will be taken against such people if they convert to the religion by trickery or by giving any kind of greed. The goal of this bill is to control forced conversion.”

He also highlighted that in the last 4 years, 127 FIRs of forced religious conversion were registered in 6 districts of the state. However, opposition leader Bhupinder Singh Hooda claimed that there was a provision of punishment for forced conversion even under existing laws.

The bill, which was introduced in the Assembly on March 4, was put up for consideration on Tuesday. Congress MLA Raghuvir Singh Kadian said that this bill smacks of divisive politics, adding that such a law is not in the interest of future generations. He also referred to the displacement of thousands of people during Partition and urged the government to refer the bill to the Vidhan Sabha Select Committee for consideration.

Here are the key provisions of Anti-conversion bill Haryana: