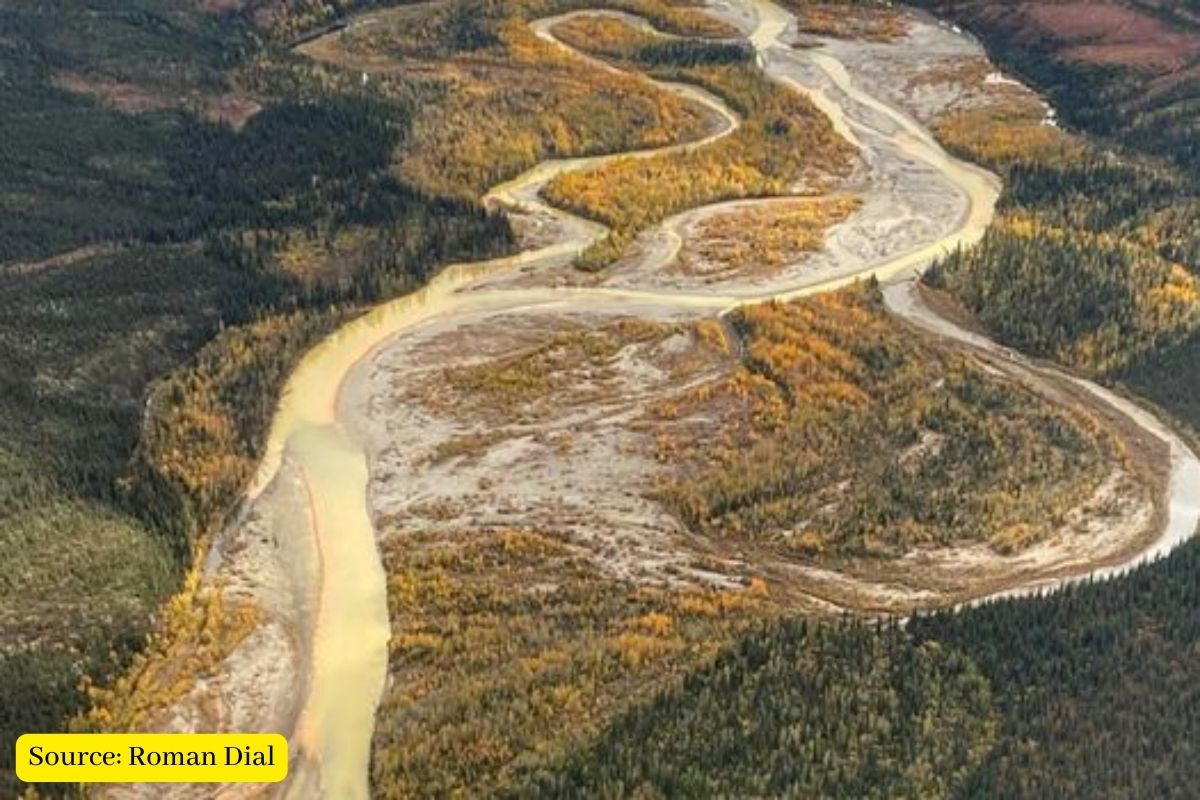 Dozens of streams and bodies of water, once crystal clear, are changing colour and have become cloudy and, in some cases, may become more acidic.

Roman Dial, Alaska Pacific University Professor of Biology and Mathematics, first observed the most dramatic changes in Alaska’s water quality while conducting fieldwork in the Brooks Range in 2020. He spent a month with a team of six graduate students and was unable to find adequate drinking water.

“There are many streams that are not only stained but so acidic that they curdle your milk powder,” he explains. In others, the water was clear, “but undrinkable (because) it had a really strange mineral taste and taste.”

“It feels like something has been opened up or something has been exposed in a way that has never been seen before,” Dial explains. “All the geologists who see these images say, ‘Oh, that looks like acid mine waste.'” But, according to the researchers, the rusty coating on rocks and stream banks comes from the earth itself.

The prevailing hypothesis is that the warming climate is causing the degradation of the underlying permafrost. This releases iron-rich sludge which, upon contact with water and air, oxidizes to a rusty orange colour. The oxidation of minerals in the soil can also increase the acidity of the water.

The research team is still in the early stages of the process of identifying the cause in order to better explain the consequences. “I think the pH problem is really alarming,” says Becky Hewitt, a professor of environmental studies at Amherst College.

Oxidation of Alaska’s rivers would also affect human communities. Rivers such as the Kobuk and Wulik also serve as sources of drinking water for many predominantly Northwest Alaska Native communities. According to Patrick Sullivan, director of the Institute of Environment and Natural Resources at the University of Alaska Anchorage, one of the main concerns about poor water quality is that it can affect species that serve as the main source of food for residents. Alaska Natives living a subsistence lifestyle.

“It is quite possible that something like this has happened before, but it happened very slowly. And maybe there wasn’t just this massive pulse of orange that ended up in these streams,” Sullivan said.

The team believes there could be more than one climate change-related factor at play. The years 2019 and 2020, two of the warmest summers on record, were followed by winters with unusually high snowpack. “Snow is a great insulator for soils, and can be a powerful driver of permafrost thawing,” Director Sullivan added.