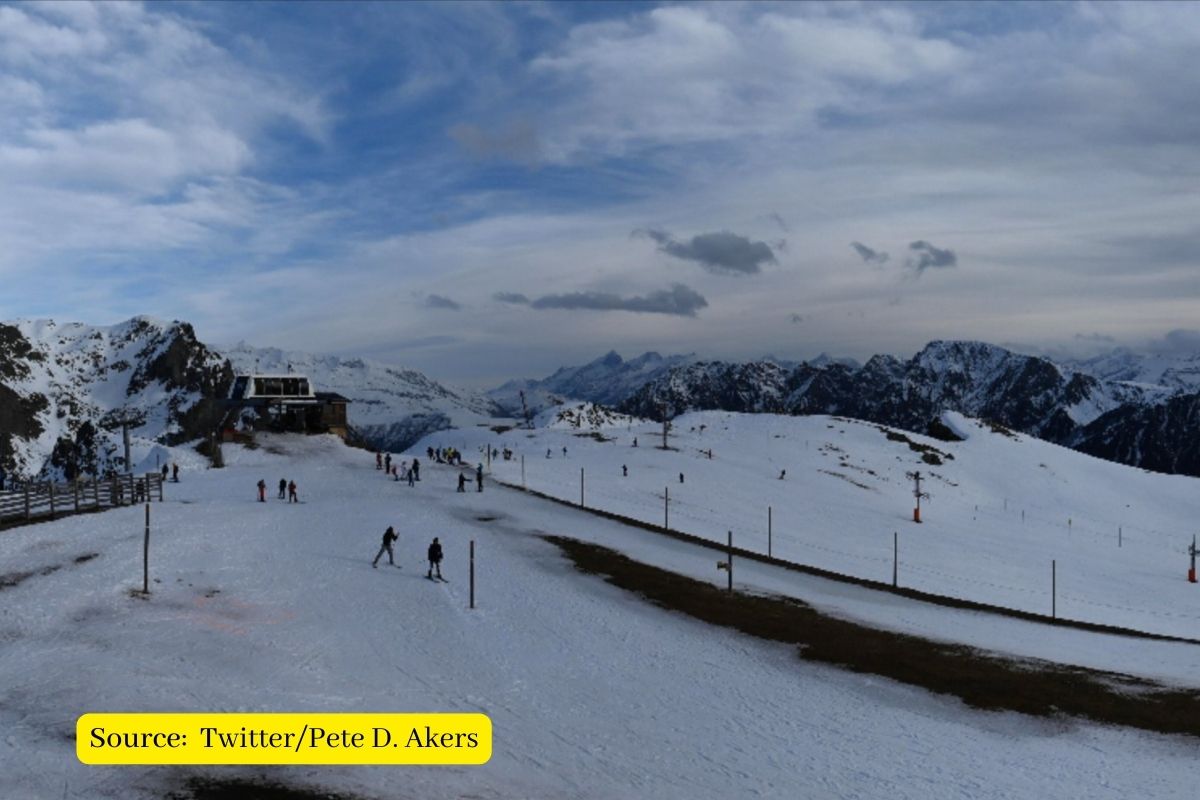 This beginning of the year seems to indicate that it will be similar to 2022, recorded as the warmest year in history and one of the driest. And it is that these first days of January we are witnessing unusual temperatures in the whole of Europe.

Thermometers are breaking records for high temperatures during the winter. France, Belgium, the Netherlands, Germany, Switzerland, Italy, Poland, the Czech Republic, and Sweden nobody escapes the “most severe winter heat wave in modern European history”, as climate expert Nahel has described it Belgherze.

This is because temperatures are getting warmer in certain parts of Europe, where it is supposed to be winter until the end of March. That is the case of countries that broke their record on January 1 with the highest temperature mark in this month: Liechtenstein, with 20°C; Czech Republic, with 19.6°C; Poland, with 19°C; The Netherlands, with 16.9°C; Belarus, with 16.4°C; Lithuania, with 14.9°C; Denmark, with 12.6°C; Latvia, with 11.1°C.

Now abnormally high temperatures have spread from Spain to Eastern Europe. Only on the first day of the year, in addition to the record in Bilbao (whose previous record was only one year old), they also measured an absolute maximum in Valladolid (18ºC) or in Pamplona (18.6ºC). In Segovia the minimum was 10.3 ºC. Never before had it stayed above ten degrees, according to Aemet.

In the rest of Europe, hundreds of local records have been broken “and summer temperatures have been seen in numerous cities across the continent,” they say in Copernicus. National tops have been accredited for January in the Netherlands –with 16.9 ºC in Eindhoven–; Denmark –with 12.6 ºC–, in Poland –19ºC in Korbielow–, in the Czech Republic –19.6ºC in Javornik–, Belarus –16.4ºC–, Lithuania –14.6ºC– or Latvia –11.1ºC–.

What is a heat dome or Winter heat wave?

The heat dome forms in an area of ​​high atmospheric pressure when hot air is pushed down and trapped in one place, causing temperatures to soar across an entire continent.

It’s essentially a mass of hot air stubbornly rooted in one place, trapping those inside at ground level in a prolonged heat wave. Scientists believe that these events are caused by a sudden change in ocean temperatures.

In turn, rising water temperatures warm the air, and winds push that heat onto land. Once the hot air reaches land, it is trapped by a high-pressure system, forming a dome flanked by low-pressure systems on either side.

Also Read:  Emperor penguins could be near extinct by 2100

The high pressure further heats the air column by compressing it, effectively acting as a dome.

Record-breaking winter heat is an example of how the climate crisis caused by human activities increases the frequency and intensity of extraordinary phenomena. Because it is extraordinary to have a temperature that allows you to walk in shirt sleeves in January, but also prevents you from skiing on natural snow in the Alps or the Pyrenees.

“The future of skiing in Switzerland is anything but rosy,” explains a team of researchers from the University of Basel who have studied the feasibility of the Andermatt-Sedrun-Disentis ski resort. At this peak of heat, almost 20ºC has been measured in the Swiss Alps.

What are the causes?

Experts such as Rubén del Campo, spokesman for the State Meteorological Agency of Spain (Aemet), affirm that this unusual increase in temperatures is directly related to the “entrance of a very warm subtropical air mass that rose to very high latitudes in the European continent”.

Along the same lines, climate change is also a main component for these types of events to happen. According to Del Campo, greenhouse gases have “doped” the atmosphere, since not only are average temperatures increasing, but they are also changing the atmospheric patterns that make heat waves increasingly powerful and recurring. “What used to be heated is now a heat wave, and what was a heat wave is now a wave of extreme heat,” says the expert.

Now, although the current warm episode could be classified more as a wave of non-cold since it does not bother the inhabitants of cities such as Paris, Warsaw or Leutasch, its impacts can affect agriculture, biodiversity and even the economy. generated by ski resorts, since those who practice this sport expect to find snow slopes and not mountains full of green and undergrowth.

According to experts, although the peak occurred on December 31, high temperatures will remain in Europe until mid-January, and seasonal forecasts, based on this type of event, point to a warmer-than-normal winter.

According to the estimates of this office, next year will be one of the hottest on record on Earth. The UK Weather Service projects the global temperature by 2023 to be between 1.08°C and 1.32°C above the pre-industrial average

1 thought on “Heat waves in winter, What is happening in Europe?”