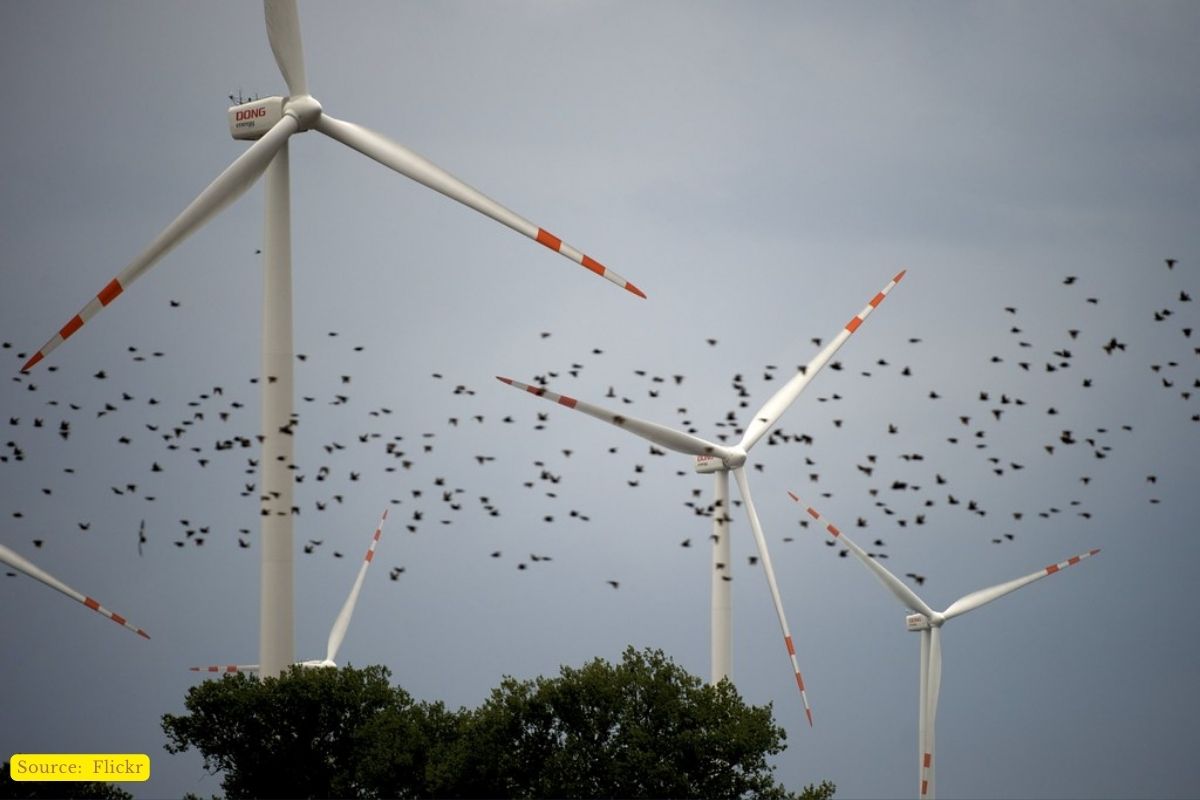 The environment being subjected to hazards of increasing neglect due to the climate change effects is a common statement now. Although organizations like UNICEF, WWF, and others are raising their voices to create awareness in form of campaigns, the general public, as well as the corporate world, do not maintain these usually. Animals and birds are being subjected to continuous pressure as their natural habitats are being snatched away from them and they are left unguarded.

To reduce the ill effects of climate change, the governments, as well as the global institutions, are urging the various power-generating industries based on fossil fuels to convert to clean energy sources such as hydroelectricity power plants, wind energy, solar power plants, etc.

Likewise, industrialists and businesses have joined hands with the governments to follow these policies accordingly to maintain their eco-friendly pledge. In India, wind energy farms have been set up although their operation has created a new challenge for the flying beings. Both birds and flying mammals such as bats are getting electrocuted or are being hit by the windmills during their flight.

Alarmed by the threats from wind energy farms to birds, including migratory birds and raptors, a panel of forest experts of India’s environment ministry has now suggested a series of measures to be adopted by all the wind power companies in India for ensuring the protection of birds.  Painting the vane tips of wind turbines orange, to prevent birds from flying into the turbines is one of them. In some places, it is also done in black so that it is easy for birds and bats to spot them and thus reducing their chances of being hit by the rotating blades. “In doing so, we must avoid creating new hazards for wildlife, such as those caused by siting wind turbines in areas where they pose a collision risk to vulnerable migratory birds,” said an April 2018 report, “The state of the world’s birds” by Birdlife International.

The move is also significant in view of India’s massive clean energy program. In 2015, the Indian government announced that it aims to achieve 175,000 megawatts (MW) of installed capacity of renewable power by 2022, and of that, 60,000 MW is planned from wind power alone. The Indian government has also notified the National Offshore Wind Energy Policy to use the huge wind power potential along India’s over-7,500-km coastline and install at least 5,000 MW of offshore wind energy generation capacity by 2022. Currently, India’s total installed wind power capacity is 34,046 MW.

“An ambitious wind energy program causes less damage to birds than the coal plants we have now. There is a debate worldwide about wind energy projects causing a disturbance in bird movements. So, a more carefully planned site will probably be helpful for all stakeholders”, a consultant with The Climate Reality Project – India, an independent organization working on climate change-related issues stated.

The Forest Advisory Committee of India is a part of the Ministry of Environment, Forest, and Climate Change. According to a report in 2018, the committee in this case considered 52.66 hectares of forest land in Kuderu and Kondapalli reserve forests of Andhra Pradesh for setting up a 46.40 MW wind power project. The total cost of the project was estimated at INR 3.48 Billion (348 Million Indian Rupees).

As per the minutes of the FAC’s meeting, a senior forest official stated that the “biggest threat comes from the high tension transmission lines with tall pylons (35 meters and above) being established by the transmission companies” and it is necessary that such companies are directed by the MoEFCC to “fix diverters on transmission cables as a standard practice to avoid the casualty of birds by collision and electrocution”.

It has also been noted that the wildlife research organization Bombay Natural History Society (BNHS) has reported that power lines are one of the major causes of unnatural deaths for birds in a large part of India and though exact numbers are unknown, annually, millions of birds are killed.

Electrocution and collision are the two major impacts of power lines on birds. Electrocution most commonly occurs at medium voltage distribution lines due to the close spacing of the structures and often involves large perching bird species like storks which can easily bridge the gap between two cables.

A similar case appeared in 2002, in Norway when The Smola wind farm, located on an island off the northwestern coast, began to face issues during its initial operational days. White-tailed Eagles in the county kept being hit and subsequently, the situation became fatal for them after they flew into turbines. The operations were affected as workers on the farms were trying to figure out the reason for the birds not being able to see the blades. Therefore a researcher at the Norwegian Institute for Nature Research (NINA) in Trondheim, Roel May, took up the task in his own hands to find out the cause. Beginning in 2006, May spent five years on a project called BirdWind, studying why birds collide with wind turbines, the after effects, and how to stop their mortality rate due to this cause.

The results showed electrocution mainly occurs in open habitats like deserts, plains, steppes, grasslands, and wetlands as they lack natural perches or trees for nesting and roosting. Most of the casualties take place during electrocution during breeding sessions and after the newborns start to get out of the nests and learn to fly.

“It’s a double-edged sword as a clean fuel is being generated. Also, along with that, Wind turbines are causing problems for birds. The fact that guidelines had to be formed suggests that government realizes that there could be issues and has tried to solve them,” said Rahul Kaul, a chief ecologist at the Wildlife Trust of India.

A report by the Bombay Natural History Society in 2013 had held that the collision of birds and bats with moving blades, towers and associated infrastructure is particularly detrimental to long-lived, slow-reproducing species like eagles and bats, loss of which is non-compensatory. It additionally said that wind turbines may also result in the disturbance and displacement of birds from the area where such turbines are installed.

The FAC, as per the minutes of the meeting, also quoted the measures suggested by BNHS for preventing collision and said that the problem of mitigation measures for prevention of casualty to various local birds, raptors, and migratory birds which follow predetermined routes and seasons and the preventive measures to avoid collision and electrocution should be taken not only for the wind energy projects on the forest land but also for all wind energy projects whether setting up on forest or non-forest land.

The FAC considered the concerns raised and recommended that directions may be issued by the “ministry (MoEFCC) to all wind energy generation companies and transmission grid companies to follow the standard mitigation measures whether the project involves forest land or not along with mandatory deployment of devices (so-called bird flight diverters) at regular intervals on conductors in order to make them more visible to birds in flight. Recommendations of painting the vane tips of the wind turbine with the orange colour from white to avoid bird hits were also declassified.

Such suggestions have earlier too been given to companies having wind farms, but they have been rarely acted upon. However, this scenario can change and action will be required once MoEFCC issues official guidelines and directs all wind energy generation companies and transmission grid companies to follow these standard mitigation measures to protect birds.

Meeting the challenge faced by birds from wind energy projects is also a key objective of the Convention on the Conservation of Migratory Species of Wild Animals (CMS), an environmental treaty under the UN Environment.

The FAC also said that fruit tree species and water bodies/pond formations should be avoided near the turbines as that may attract birds and result in their death. FAC stressed that dead animals should be removed from wind turbine sites to prevent the attraction of carnivore birds/raptors.

In 2011, around 400 flamingos were killed due to electrocution by high power transmission lines in Kutch, Gujarat. Following this, the Gujarat government took those power lines underground.

The situation is yet to be improved as governments, conservation agencies, and worldwide organizations are dealing to mitigate this issue.