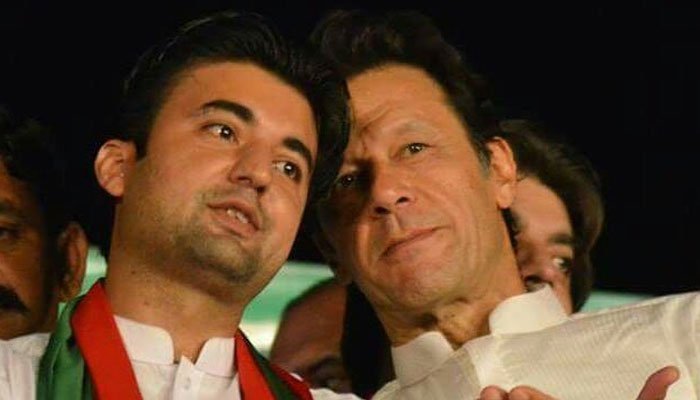 “No system can succeed without punishment and retribution. I congratulate Federal Minister Murad Saeed for his number one performance,” he said. The youngest minister and the best performance. These are the words of Prime Minister Imran Khan which he uttered during his address at the ranking ceremony of the ten best federal ministries.

The federal government has publicized a document titled “Delivering Results Performance Agreement 2021-23,” detailing the goals of all ministries and divisions for FY 2021-22 and FY 2022-23. The document also gives insight into the process of selecting the top ministry as well.

After this announcement of Imran Khan, there has been a flurry of comments on social media about the performance of Murad Saeed.

The Pakistan Electronic Media Regulatory Authority (PEMRA) has issued a show-cause notice to TV channel News One for airing obscene remarks about Federal Minister for Communications Murad Saeed in a program without any editorial scrutiny.

Prime Minister Imran Khan praised Federal Minister Murad Saeed for his performance in the Ministry of Communications. Two days ago, during a function, Murad Saeed was ranked number one among the 10 best performing federal ministers had gone.

The PBA said: “Such unilateral and unlawful actions seriously threaten freedom of expression.”

The PEMRA notice states that News One aired a show “G for Gharida” on Thursday night at 10:05 pm where the anchor and other people present in the program told Murad Saeed. He questioned the decision to award the award and made several critical and ridiculous remarks about the Federal Minister, pointing out other factors besides the performance of his ministry.

The PEMRA notice criticized that such unprofessional, insulting remarks were broadcast without any editorial control or time delay mechanism, the notice further said that the process of broadcasting such remarks was a channel. This raises serious concerns about editorial policy and gatekeeping tools.

The action against the TV channel drew criticism from representative associations of broadcasters as well as journalists. The Pakistan Broadcasters Association (PBA), while demanding immediate restoration of the channel, condemned “this practice of taking unilateral action against media houses without following the laid down legal and lawful procedures”.

The media body’s notice was not the only one to raise an issue of the comments as several ministers criticised the programme for the content aired.

In 2018, Reham Khan has alleged that Pakistani cricketer-turned-politician Imran Khan is a homosexual and had relationships with Pakistani actor Hamza Ali Abbasi and Pakistan Tehreek-i-Insaf worker Murad Saeed. As per reports, Reham has made another highly sensitive claim in the book where she had written that Pakistan captain Wasim Akram used his late wife to fulfill his ‘sexual fantasies’.

However, Murad Saeed took to Twitter to vehemently deny the allegations, and add that the charges levelled by Reham Khan were “shameful beyond words.”

He wrote in his tweet, “I have nothing to say about Reham Khan’s allegations and whatever filth the woman’s written about me or anyone. It’s shameful beyond words. It’s pretty obvious whose hands she’s playing in, the woman and her aides have totally lost the plot.”