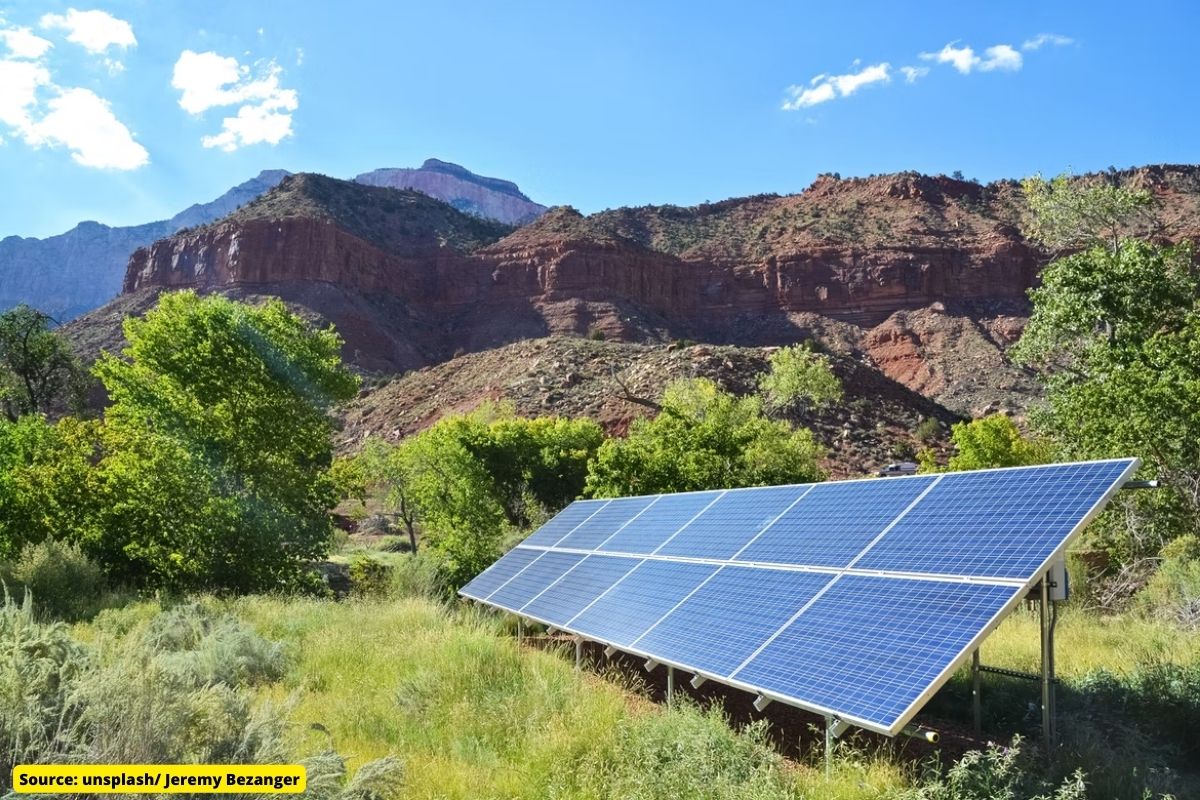 Climate and energy experts say that India is lagging behind in meeting its non-fossil energy targets of 175 gigawatts by 2022 and 500 GW by 2030, as many states, including Uttar Pradesh, Punjab and Haryana, are lagging behind.

The research, published online Thursday, will appear in the June 10 issue of the prestigious journal Current Science. Renewable energy includes hydropower, wind power, and solar power as its main components. India’s renewable power generation supported 23 per cent of power production in 2019, which is expected to rise to 40 per cent by 2030.

“Our analyzes reveal that in the future, seasonal and annual wind speeds are likely to decrease in North India and increase in South India. On the other hand, solar radiation is estimated to decrease (10- 15 Wm-2) for the next 50 years during all seasons. With the estimated decline in future wind and solar potential, expanded and more efficient networks of wind and solar farms are needed to increase renewable energy production,” they said.

Seasonal analysis indicates that the southern and northwestern regions of the country will have higher wind speeds in the winter and monsoon months when wind potential is at its maximum, it added.

“Solar projections for the future indicate that solar radiation will decrease during all seasons in most active solar farming regions. For future investments in the solar energy sector, the central and south-central part of the India during the pre-monsoon months, as the potential loss is minimal in these regions,” he said.

India’s future prosperity will depend on how much it relies on affordable, clean and reliable energy. And here, the growth margin for energy demand and infrastructure is very large. Energy use has doubled in the country since 2000, and 80% of demand is still met by coal, oil and solid biomass. However, in per capita terms, energy use and consumption and emissions are less than half the world average.

The southern region of Telangana has achieved its goal of renewable energy, and in the north ahead only Rajasthan has achieved its goal by 2022. “But there are states like Uttar Pradesh that have not reached even 30 per cent of their goal. If I compare these two states, both have a target of 14 GW for 2022. While Rajasthan has now reached 17 GW, Uttar Pradesh is lagging behind 4 GW, ”said Aditya Lolla, Senior Energy Policy Analyst in Asia at the Ember Energy Analysis Center.

A similar story in Uttarakhand (1 GW), Punjab (2GW) and Haryana (1GW). According to him, renewable states are benefiting from the transition, as is the Rajasthan Renewable Energy Corporation, which earned Rs 65 crore last year through PE.

Indeed, the sad scenario is that pollution in our country seems to be at its highest, and the need to switch to clean renewable energy sources, such as solar, is a desperate need of the hour. According to Green Peace, Delhi is offering a subsidy based on generation under a solar policy published last year, as well as network meters, but it has also not seen widespread use in the housing sector.

Also Read:  Why are insects disappearing; Can we survive without them?

The reasons for the slow implementation seem to be a lack of awareness of the process and fear of bureaucratic red tape, which most Indians fear. Get into the state small print. In addition, most states have net accounting provisions, but their effectiveness varies greatly.

“Despite the national incentive in the form of a 30% capital subsidy, as well as a number of government incentives and schemes, rooftop solar panels have not yet grown in the same way as large-scale solar panels. However, this does not mean that India should lower its ambitious goals, as some suggest. Rather, the government needs to step up and play a more active role in encouraging rooftop installation. This can be done through innovative financing schemes, aggregation of demand and incentives for city and state governments. The potential benefits of reducing energy consumption and cleaner air by reducing demand for fossil fuels are too great to ignore. As the founder and founding member of the International Solar Alliance, as well as a country with rich solar potential, India’s commitment to clean energy must remain strong, ”said Pujarini Sen, climate and energy activist at Greenpeace India.

An increase in solar and wind

The renewable sector in India is also growing at lightning speed. At the Paris climate conference in December 2015, Modi shocked many by announcing that India would add 160 gigawatts of wind and solar power by 2022 to the existing 26 gigawatts. A single gigawatt can light 100 million households’ LED light bulbs.

“It’s an ambitious goal,” says energy expert Nicklas Höhne, founder of the NewClimate Institute, a European research center. “There is significant momentum and now two states in India are looking at going 100 per cent renewable energy, which is a remarkable milestone.”

“Green energy is no longer expensive or difficult to build, and it is well suited to our needs,” said Goyal. Because of all the benefits it brings, all countries should follow this path, he said.

India’s solar and wind boom has greatly reduced costs, falling from 12 cents per kilowatt-hour to just 4 cents per kilowatt-hour for solar power. It is cheaper than coal. As a result, Goyal expects that no more coal-fired power will be needed after 2022. Analysis suggests that some of the coal-fired power currently produced in India is more expensive than building new solar plants. Goyal believes that India could soon end thermal coal imports.

The report contains a number of key recommendations for improving the financial and operational performance of Discoms, which, according to the authors, are crucial for the transformation of the electricity sector of the state: