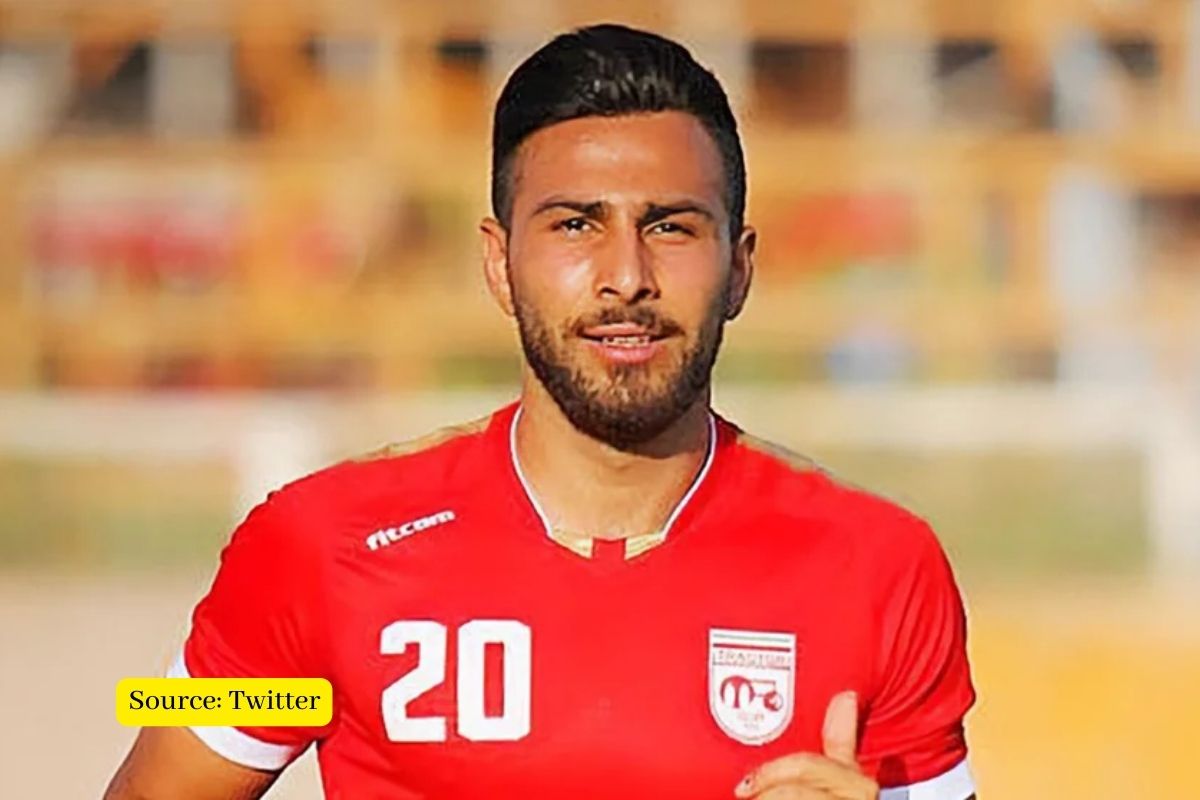 Twenty-six-year-old Amir Nasr-Azadani, a defender of the Iranjavan football club, was sentenced to death for “enmity towards God”, a very serious crime in the empire of nonsense. Thousands of individuals will have been raised against capital punishment, but FIFA, for example, has kept a shameful silence until now that it does not seem willing to break.

The news was spread by the International Federation of Associations of Professional Soccer Players (FIFPRO). The organization states that it “is shocked and disgusted by reports that professional footballer Amir Nasr-Azadani faces execution in Iran after campaigning for women’s rights and basic freedoms in his country. We call for the immediate removal of his punishment.”

Nasr-Azadani was born in February 1996 in Isfahan, a city located in central Iran known for its Persian architecture. He started playing soccer in the youth ranks of Sepahan Sport Club in his hometown. In 2014, he joined the Tehran Rah-Ahan team, one of Iran’s oldest football clubs, and played for the first time in the Iran Pro-League (IPL), the country’s top sports competition (later the club was relegated to the Azadegan League).

He joined Tractor a year later and was part of the team until 2019 when he was sidelined a year after suffering a torn cruciate ligament.

In 2020, he joined Gol-e Rayhan, but he was injured again shortly after and had to undergo surgery to treat his leg. He was also invited to join the Iran youth national team.

It is because of his profession that Fifpro, the world association of professional players, was the one who first raised his voice in the case of Nasr-Azadani.

“Fifpro is shocked and disgusted by reports that professional footballer Amir Nasr-Azadani is facing execution in Iran after campaigning for women’s rights and basic freedoms in his country. We stand in solidarity with Amir and call for the immediate removal of his punishment, ” he tweeted on Tuesday, drawing global attention to the issue.

Amini, 22, died on September 16 after being arrested by the morality police for violating the Muslim country’s dress code, which requires women to cover their heads and chests with a veil.

Authorities said Amini died of natural causes as a result of a pre-existing condition, but suspicions from her family and large sectors of the population that she may have been beaten sparked strong protests across the country.

In September, Amini was arrested for allegedly wearing a hijab veil “inappropriately”. Although the police claim that she died of natural causes, her family says that she was beaten and tortured and that she suffered a fatal blow to the head.

Amini’s death sparked widespread protests across Iran that the ruling regime hastened to suppress. Citizens demand more freedom during the protests, however, the violent repressions have caused hundreds of deaths among both protesters and security forces.