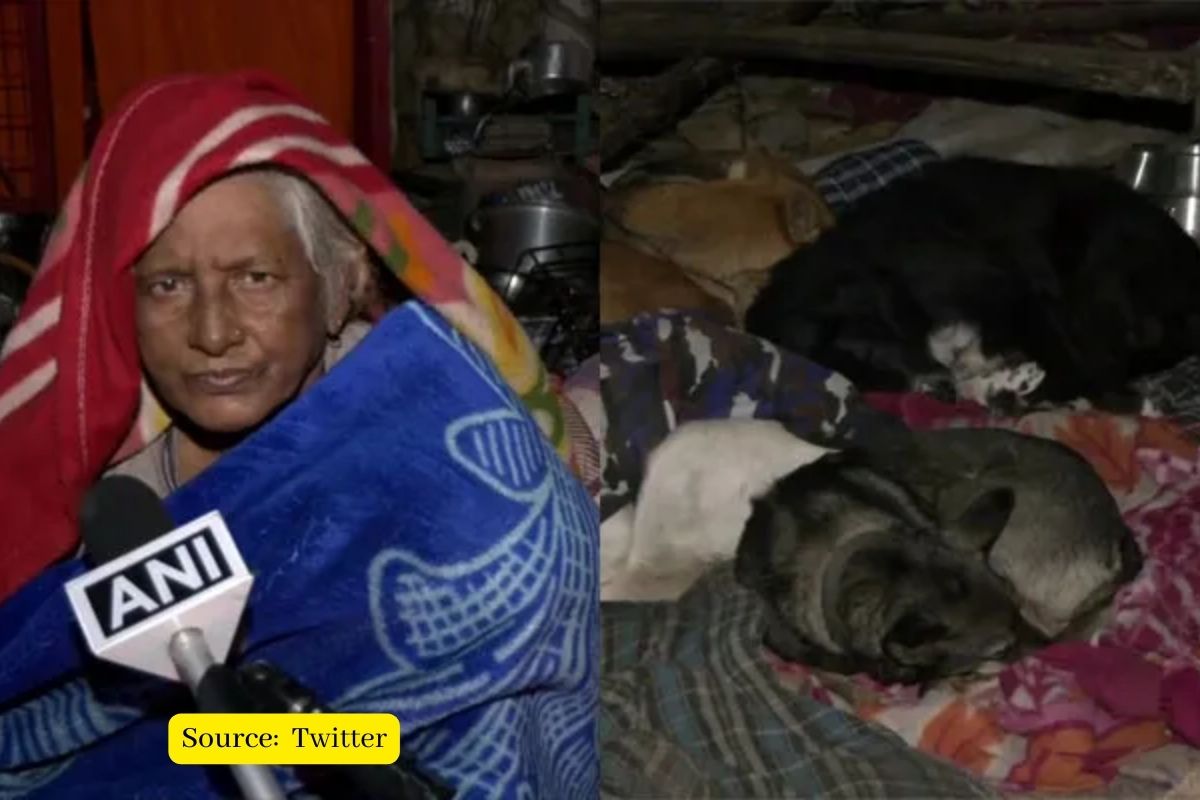 An 80-year-old Delhi woman who was sheltering more than 200 dogs said she is from Nandigram in West Bengal and came to Delhi in 1984 because her sons worked here, adding that she has been helping the dogs ever since. Pratima Devi’s eldest son said, “I have a house in Sangam Vihar, but my mother doesn’t want to leave the dogs.”

Pratima Devi, fondly called Amma by the locals, is a well-known name in the area. Most people know that she has been taking care of dogs ever since she moved here, but recently, she has been in trouble. The temporary shelter for the dogs has been demolished by the MCD.

Pratima Devi said: “MCD workers demolished my jhuggi and shop. They took my belongings and also beat my dogs. I have at least 250-300 dogs. Now I’m sitting under the tree with my dogs.”

She added: “Since morning, the dogs have not been fed. I came to Delhi in 1984. Since then, I have been taking care of dogs. I am 80 years old now. I have no physical strength to move or look for work. Want to stay here and take care of these dogs for as long as I live.”

Devi said: “The shelter would run along this section of the street, with a space for the temple, but now there is nothing left.” She added: “We are from Nandigram of West Bengal. I came to Delhi in 1984 because my sons were working here. Since we’ve been helping the dogs ever since.”

The shelter has been demolished before in 2013 and 2018. We have never received any help from the authorities to care for the dogs. Dogs here are samajhdaar (understanding), they stay here because we treat them well. They are all vaccinated and sterilized”.

Judge Manoj Kumar Ohri, while dealing with the 80-year-old’s petition against the demolition, directed the maintenance of the status quo and called on the Delhi government and the Delhi Municipal Corporation to explore the possibility of her rehabilitation and also to present your answer.

“Taking into account the facts and circumstances of the case and Petitioner’s assertion that the challenged action has been taken by Respondent No. 1 (MCD) without notice, this court finds it appropriate to order Respondent to maintain status quo until the next hearing date and to overcome the immediate need for shelter, the petitioner may also put up a tarp as an interim measure,” the court said.

“In the meantime, Respondents Numbers 1 and 2 (MCD and the Delhi Government), without prejudice to the rights and arguments of either party, will also explore the possibility of providing rehabilitation for the petitioner,” the court added.

The court also issued a notice to the Animal Welfare Board of India.

The petitioner, presented by lawyer Vaibhav Gaggar, argued that the demolition left her homeless in the harsh winters and urged the court to allow her to put up a tarpaulin as a stopgap measure.