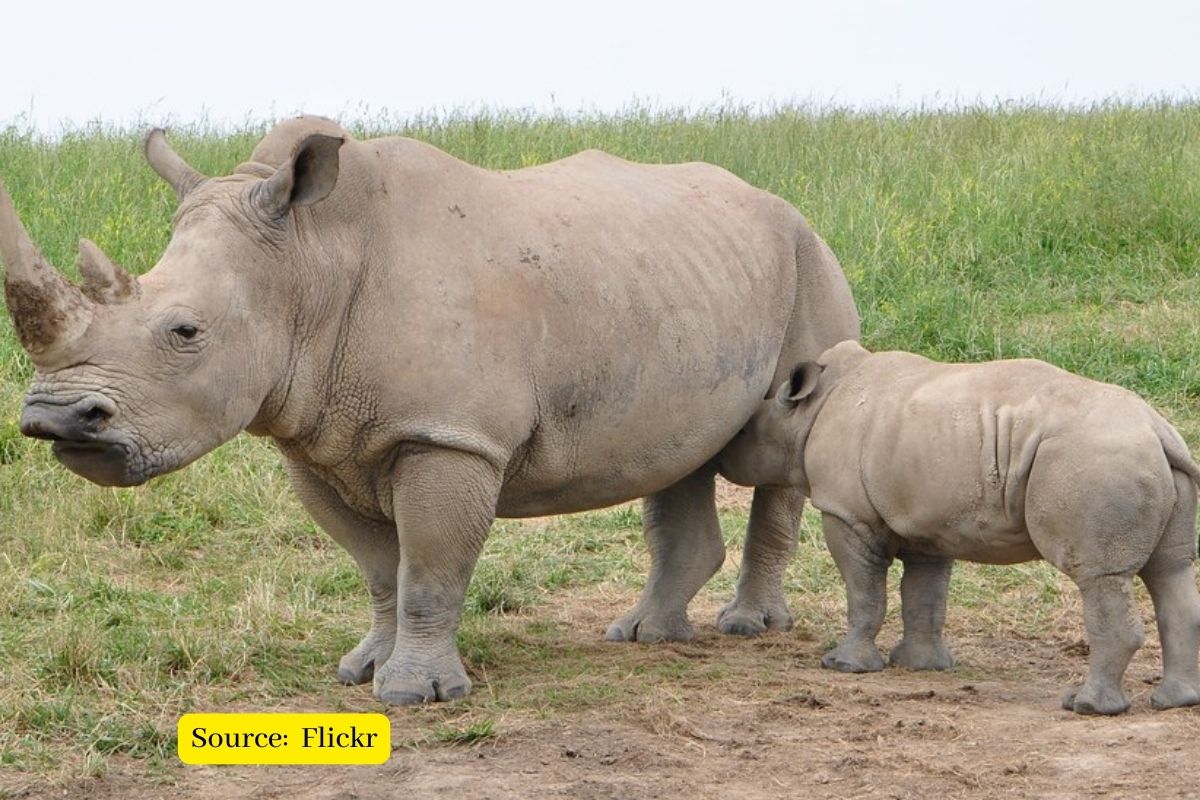 Publishing the statistics on January 1, Assam CM said the uncompromising attitude of the state government towards poaching and poachers has reduced the numbers from two in 2020 and 2021 to absolute zero in 2022.

No Rhinos Poached in Assam

“2022 was a landmark year as no rhino died at the hands of poachers in the state. No rhino was poached in Kaziranga, Manas, Orang (all national parks), or Pobitora (a wildlife sanctuary). Rhino poaching had been declining sharply in the past few years but one or two cases were taking place here and there… I think this (no poaching case) is a positive sign,” Sarma said.

Assam recorded zero poaching of endangered rhinos, known for their horns which generate a lot of money due to their supposed medicinal value, for the first time in nearly 45 years, HT reported.

On September 22, World Rhino Day, in 2021, nearly 2,500 rhino horns were publicly burned in Bokakhat at KNP to “bust the myths about rhino horns” and send “a loud and clear message to poachers and smugglers” such articles have no value”.

Prior to 2022, no rhino poaching was last reported in 1977. Officials credited the sincere, concerted and coordinated efforts of state forest and police departments to achieve zero poaching by 2022.

Police (law and order) special director general GP Singh said that when Sarma took office in May 2021, one of the first things he focused on was zero tolerance towards rhino poaching, Hindustan Times reported.

A special task force was set up in June 2021 with Singh at the helm. It has 22 senior officials from the forest and police department, including the director of wildlife protection MK Yadava.

According to WWF, today there are around 3,700 Indian rhinos in the wild. Assam’s Kaziranga National Park (KNP) alone has 2,613 animals, according to a census conducted in March 2022. There are more than 250 other rhinos in Orang, Pobitora and Manas parks.

In 2021, the Assam government established a 22-member task force and followed a zero-tolerance policy. With this effort, in 2021 there were only 2 poaching incidents.

In addition, strict measures were taken such as the installation of CCTV, armed commandos deployed and even drones and dog squads brought into action. Likewise, people living in the forests were sensitized and coordinated communication was built with the police of the states of Arunachal Pradesh, Manipur and Nagaland.

To achieve this zero poaching mark, steps have been taken over the past several years. In the year 2011, India’s first wildlife crime dog squad, ‘K9 unit’, was established in Assam. The role of the dog squad is to sniff out hunters in national parks and wildlife sanctuaries.

Even in 2005, Indian Rhino Vision 2020 was released. It was also a great effort to protect the one-horned rhinos. It was a collaborative effort between several organizations, including the International Rhino Foundation, Assam Forest Department, Bodoland Land Council, Global Fund – India, and the US Fish and Wildlife Service.

Prime Minister Narendra Modi tweeted: “This is great news! Compliments to the people of Assam, who have shown the way and been proactive in their efforts to protect the rhinos.” He ended the tweet with an emoji of a rhino.

Bibhab Talukdar, CEO of Aaranyak, welcomed the government’s efforts to stop poaching incidents. “But they have mostly focused on Kaziranga. Authorities need to target orang, manas and pobitora, as well as frustrated poachers, who are well organized and could try in those areas,” he told HT.

To deal with the threat of flooding facing the rhinos, authorities have built high mud platforms where the animal can take refuge during the monsoon season. In addition, various NGOs such as the Center for Wildlife Conservation and Rehabilitation (CWRC) are also leading conservation efforts.

Why are one-horned rhinos threatened?

The Indian rhinoceros is found only in the Brahmaputra Valley, parts of northern Bengal, and parts of southern Nepal. It has a single black horn that can grow up to 60 cm and is believed to treat various diseases. This is the reason rhinos are hunted.

It is important to note that the Indian rhino plays an important role in maintaining biodiversity and ensuring a healthy ecosystem. It is the only large mammal species in Asia to have been downgraded from threatened to vulnerable on the International Union for Conservation of Nature (IUCN) red list in 2008.