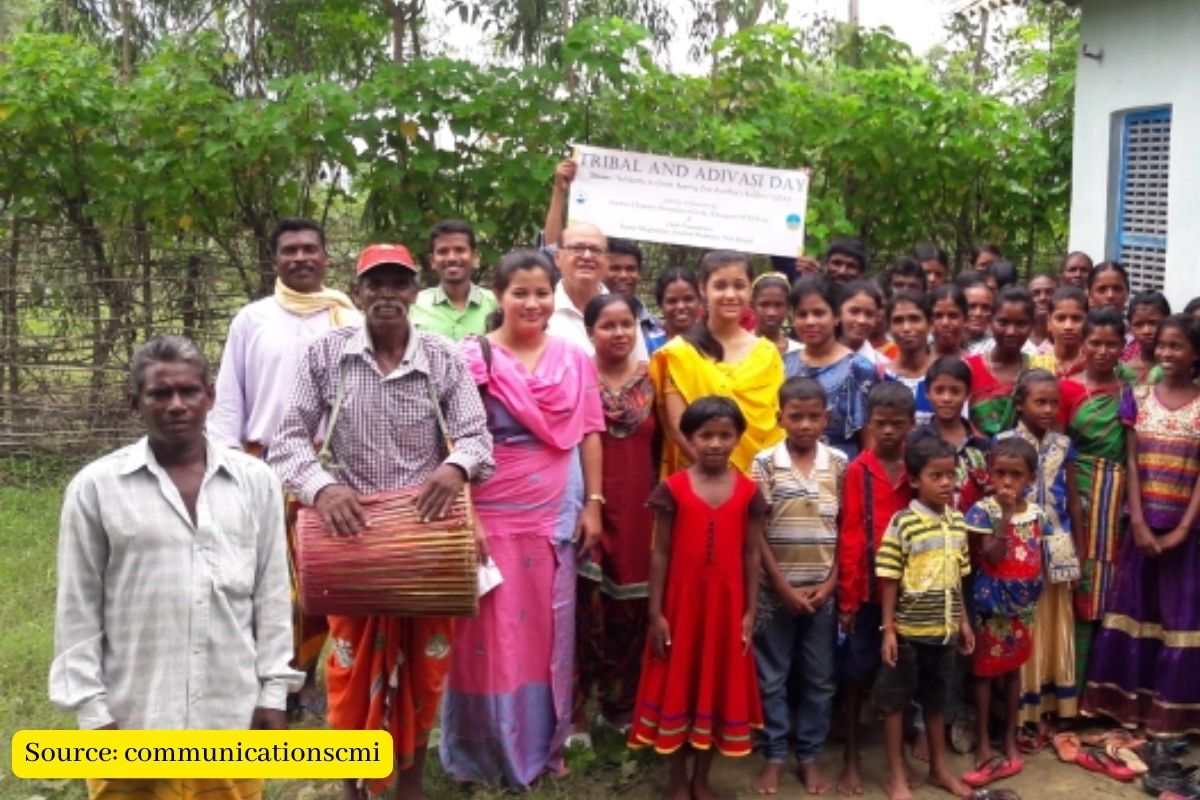 Ahead of Christmas, the biggest festival for Christians worldwide, Christian tribes belonging to some of the districts of the Bastar area in southern Chhattisgarh, where the influence of the outlawed CPI (Maoist) has waned, are being increasingly attacked by local criminals allegedly linked to Hindutva ideology.

More than 500 people from 19 villages in Narayanpur and Kondagaon districts have been forcibly evicted from their homes allegedly by the Hindu right-wing who have reportedly for the past few months been trying to forcibly convert them to Hinduism in the name of Gharwapsi.

Vikrant Kumar (name changed), a social activist who has been working for the Adivasi cause for a long time, tells Outlook: “On December 18, at least 2,000 people gathered near the collection office to protest. But now people are scattered in different places. The Indoor Stadium hosts about 300-400 people, while the rest are housed in different parts. We are not receiving any support from the administration. People don’t even know what to do and what not.

The Chhattisgarh Christian Forum has also complained about the lack of support from the district administration/police. The forum says that tribal houses and property have been vandalized by some groups due to their loyalty to right-wing organizations, specifically because of their faith. In the absence of strict administrative action, the tribes abandoned their place of residence at Narayanpur.

Chhattisgarh Christian Forum Chairman Arun Pannalal said that in recent months in the Bastar region, apart from Narayanpur, there are also reports of attacks against Christians from Kondagaon, Bijapur and Dilmili (Jagdalpur) districts. This is a covert campaign against underrepresented groups. They are not allowed to practice their religion.

Sundarraj, IG (Bastar area) said, “Whenever we come to know of such incidents, we have taken appropriate measures,” The Indian Express reported.

“We have been sitting outside in front of the collector in the winter cold since Sunday night, but no one paid any attention to our complaints. We will not end the demonstration until the FIRs are filed for the atrocity incidents,” Potai said.

Incidents have increased in recent days

Several victims of such attacks staged a sit-in in front of the Narayanpur district collector, demanding the registration of cases against those involved in the violence. Authorities said the situation is critical in many areas. In recent months, this type of confrontation has become frequent.

One of the reasons is the resentment seen among a section of the tribal community. Those who believe that the converting tribals are destroying their rituals and religious practices.

Many villagers who fled have now been held in various places and community halls in Narayanpur. The district administration provides them with food and other facilities.

According to a recent report titled “Attack on Christians in India”, in the first nine months of 2021, over 300 attacks on Christians were documented from 21 states.

The report found that out of a total of 305 incidents of anti-Christian violence, four north Indian states recorded 169: 66 in BJP-ruled Uttar Pradesh, 47 in Congress-ruled Chhattisgarh, 30 in tribal-dominated Jharkhand, and 30 in BJP-ruled Madhya Pradesh.

While the freedom to choose and practice any religion is a constitutionally guaranteed right in India, members of Hindu nationalist parties see this as a conspiracy to change India’s demography. Christianity is the third largest religion in India and Christians constitute a little over two per cent of the total population.

What is the purpose of the attacks?

All these attacks and incidents had one thing in common and that allegation has been made by various Hindu extremist groups for a long time. It is an accusation of forcibly converting Hindus to Christianity. The Christian community denies the allegations, while police investigations into the incident have so far uncovered no such allegations.

In the first nine months of 2021, there were at least 305 attacks on Christians in India, according to the United Christian Forum, an organization working for the civil rights of Christians. Of these, 32 occurred in the southern Indian state of Karnataka.

Historian Father Pius Malekandathil told DW “These attacks are a constant trend. Their aim is to create an atmosphere of segregation and division and to target underrepresented groups. The attacks on churches and educational institutions are actually part of an attempt to get attention and intimidate the Christian community. ”

Zoya Hasan, a political scientist, said that attacks on underrepresented groups, especially Muslims, have been part of India’s growing religious intolerance in recent times. “The objective is clear. This plan would translate to isolating and demonizing underrepresented groups so that the Hindu order is consolidated and a Hindu state is established,” Hasan said. “It is well thought of and purposeful.”