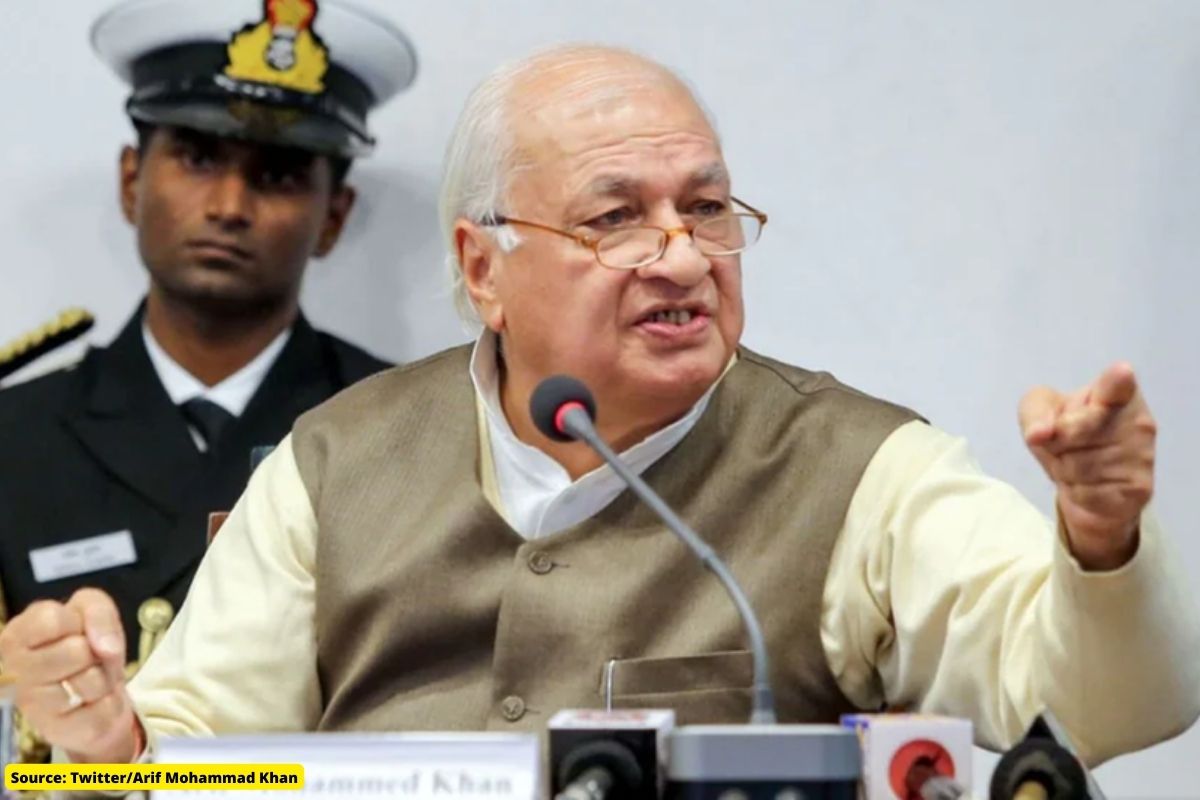 The Electoral Commission will announce the timetable for electing the next President of India. Current President Ram Nath Kovind’s term is scheduled to end on July 24. Rumours abound that Governor Arif Mohammad Khan, who drew national attention for his ongoing conflicts with the Pinarayi government, will compete for the vice-presidential seat.

The Vice President is elected by an Electoral College, made up of members of the Lok Sabha and the Rajya Sabha, by the system of proportional representation through single transferable votes and the vote is secret.

Appointed members also have voting rights. The BJP has 301 members in the Lok Sabha and 101 in the Rajya Sabha. There are also 1,241 legislators in various states. The ruling party has the advantage in terms of the value of votes.

There are indications that Vice President Venkaiah Naidu himself will be the BJP’s presidential candidate. In that case, the BJP may conspire to put forward a Muslim candidate for the vice-presidential position. The central leadership of the BJP has to make the final decision on this.

On Thursday, AAP MLA Somnath Bharti tweeted that Arif Mohammad Khan was a “strong contender” for the job. Bharti tweeted: “Learned from a credible source that Janab Arif Mohammad Khan, the current Governor of Kerala, is a strong candidate for President of India. It is believable in view of the steps that .@narendramodi Ji is taking to counter the anti-India narrative, which is being built around the world due to fringes.”

However, Arif Mohammad Khan is dismissing the rumours about his candidacy for the vice president position. He says, “I don’t know if anyone has expressed interest or is preparing to run for vice president. I never thought of that.”

Who is Arif Mohammad Khan

Shri Arif Mohammed Khan began his political career as a student leader and led the Aligarh Muslim University Students’ Union as General Secretary during 1972-73 and President during 1973-74.

He became a member of the Legislative Assembly of Uttar Pradesh in 1977 at the age of 26, from the Siyana constituency, Bulandshahar. Shri Arif Muhammad Khan was elected to the 7th Lok Sabha of Kanpur in 1980. He was again elected Member of Parliament from Bahraich Constituency during the 8th, 9th and 12th Lok Sabha.

Shri Khan’s administrative abilities were nationally distinguished during his ministerial terms. As Union Cabinet Minister, Shri Arif Mohammed Khan held the portfolios of Energy and Civil Aviation during 1989-1990. Previously, he also served as Deputy Minister of Information and Broadcasting (1982-83) and Union Minister of State, holding such portfolios as Agriculture (1983-84), Energy (1984 and 1985-86), Industry and Business Affairs (1984 -85) and Home Affairs (1985).

Shri Khan was a member of the Kendriya Hindi Samiti during 1980-82. As a member of parliament, he served on the parliamentary committees on public enterprises, internal affairs and foreign affairs.

Shri Arif Mohammed Khan is the author of Text and Context: Quran and Contemporary Challenges, published in 2010. He is also a well known writer and columnist on various topics including religious reforms. A voracious reader, his lectures on various topics are very popular with universities and other audiences across the country.

He is married to Smt. Reshma Arif and they have two sons: Shri Mustafa Arif who is a defender and Shri Kabeer Arif who is a pilot by training and currently pursuing his passion for organic farming in Uttar Pradesh.

Shri Arif Muhammad Khan was sworn in as the 22nd Governor of Kerala on September 6, 2019.