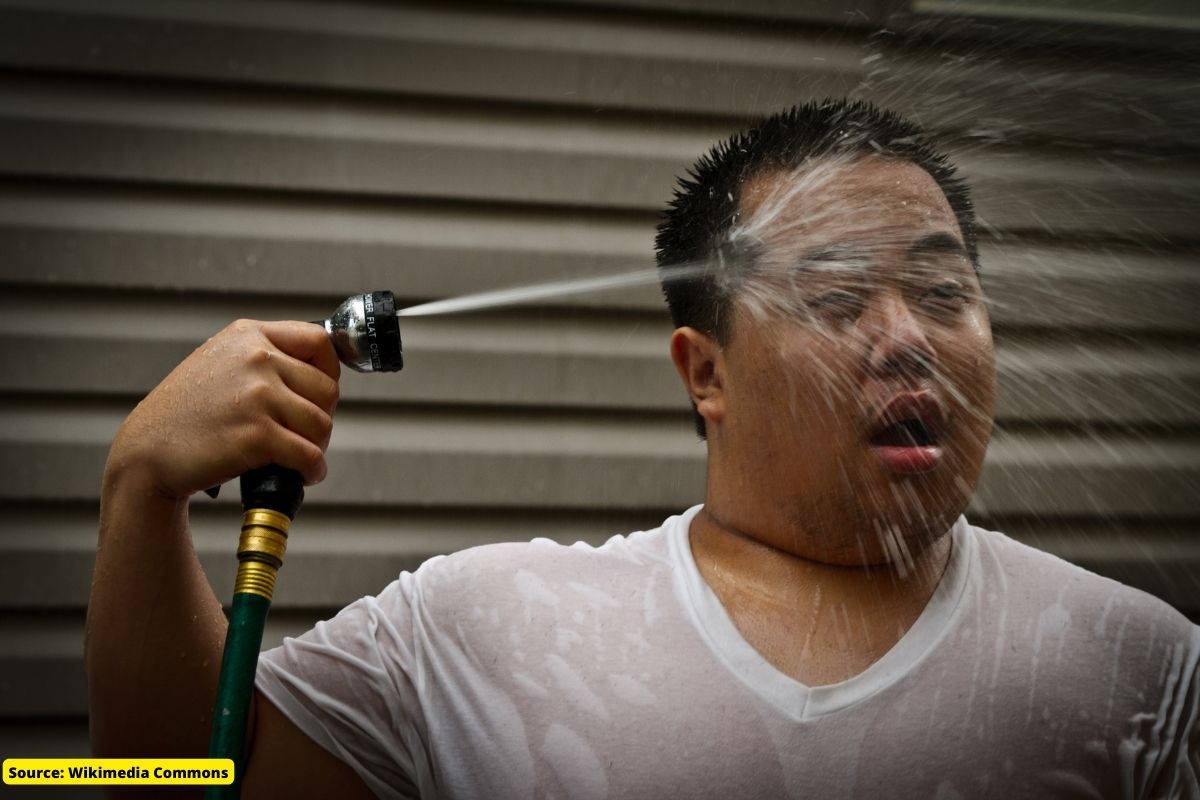 Extreme heat is not only uncomfortable, but it is deadly. Heat waves are expected to become more frequent, more severe, and longer with climate change. And projections of heat stress based on temperature only underestimate the problem, according to two recent studies.

The reason is that humidity – the amount of moisture in the air – plays a big role in how hot the temperature feels. Humid air that is saturated with water vapour interferes with the body’s ability to cool itself through sweat. Very little research has studied how humidity will affect extreme heat events with climate change, but two new studies suggest that humidity may worsen the effects of future heat waves.

A deadly heat wave hits the plains of northern India, and some 20 million people died from persistent “wet bulb” temperatures of over 35°C (95°F). That’s the plot of “The Ministry for the Future,” Kim Stanley Robinson’s novel about climate change. The scenario is fiction, but similar temperatures have been briefly recorded in the real world. And as the globe heats up, they will become more common.

While the human body has a remarkable ability to get rid of excess heat, previous research suggests that even a strong, physically fit person resting in the shade without clothing and unlimited access to drinking water would likely die within hours of readings of “wet bulb” of more than 35° Celsius: equivalent to a heat index of 160° Fahrenheit.

This is because sweat cannot evaporate quickly enough in moisture-saturated air, resulting in the body overheating.

However, even at a wet-bulb temperature of 32° Celsius, these same physically fit people are unlikely to be able to engage in normal outdoor activities. And anything they do in temperatures between 20 and 30° Celsius and with high humidity can be dangerous to human health.

“High wet-bulb temperatures cause people to overheat, suffer heat stroke or, in extreme cases, death. When wet-bulb temperatures are high, people won’t be able to engage in strenuous outdoor activities for extended periods, such as construction, farming, and sports,” said Radley Horton, a Columbia University research scientist and co-author of the study ‘Lamont-Doherty’, to Newsweek.

They found that as the planet warms, the heat index increases more than the air temperature. In other words, how hot you feel increases faster than the rise of mercury in thermometers. This means that looking at temperature alone underestimates how much people will suffer from extreme heat as climate change proceeds.

The analysis shows that the increase in the heat index will amplify the effects of heat waves in the tropics, particularly in Southeast Asia.

If carbon emissions are high or moderate, the gap between the heat index and air temperature will widen over the course of the 21st century. But if we are able to reduce carbon emissions dramatically in the coming decades, the rate of heat won’t be too much of a problem, according to the researchers.

A second study, published in Dec last year in Environmental Research Letters, used a different measure known as the wet-bulb temperature to assess the combined effects of temperature and humidity.

The general approach of these researchers was similar to that of the first group: they used air temperature, humidity, and surface pressure data from climate change models to project future wet-bulb temperatures across the planet. And his conclusions are even more alarming.

By the 2080s, wet-bulb temperatures of 32°C could occur 1-2 days a year in the southeastern United States, 3-5 days a year in parts of South America, Africa, India, and China. Overall by the 2070s, the planet will see an annual figure of 750 million people a day exposed to these conditions in a high-carbon scenario and 250 million people a day exposed if carbon emissions are moderate.

With a wet-bulb temperature of 32°C, sustained physical labour becomes impossible. Wet-bulb temperatures that exceed body skin temperature of approximately 35°C are potentially dangerous even if the person is resting. At least, that’s what scientists think – we don’t really know what happens to people under such conditions because they’re so rare in today’s climate.

But under a high-emissions scenario, the researchers estimate that there could be more than a million people a day exposed to wet-bulb temperatures of 35°C by the 2070s.

Fortunately, if carbon emissions are low or moderate, wet-bulb temperatures of 35°C will be potentially rare.

However, “a lot of people will collapse long before they reach the wet-bulb temperature of 90 degrees Fahrenheit or something like that,” co-author Radley Horton, a climate scientist at Lamont, told a news conference. Doherty. Recent heat waves in which wet bulb temperatures have reached 29 to 31°C have caused tens of thousands of deaths.

“In the coming decades, heat stress may prove to be one of the most felt and directly dangerous aspects of climate change,” according to the researchers. They call heat stress “a potentially transformative risk factor for humans.” The burden will be high in regions where people work outdoors and don’t have access to air conditioning, safe water and medical treatment.

1 thought on “Why are high wet-bulb temperatures so dangerous?”