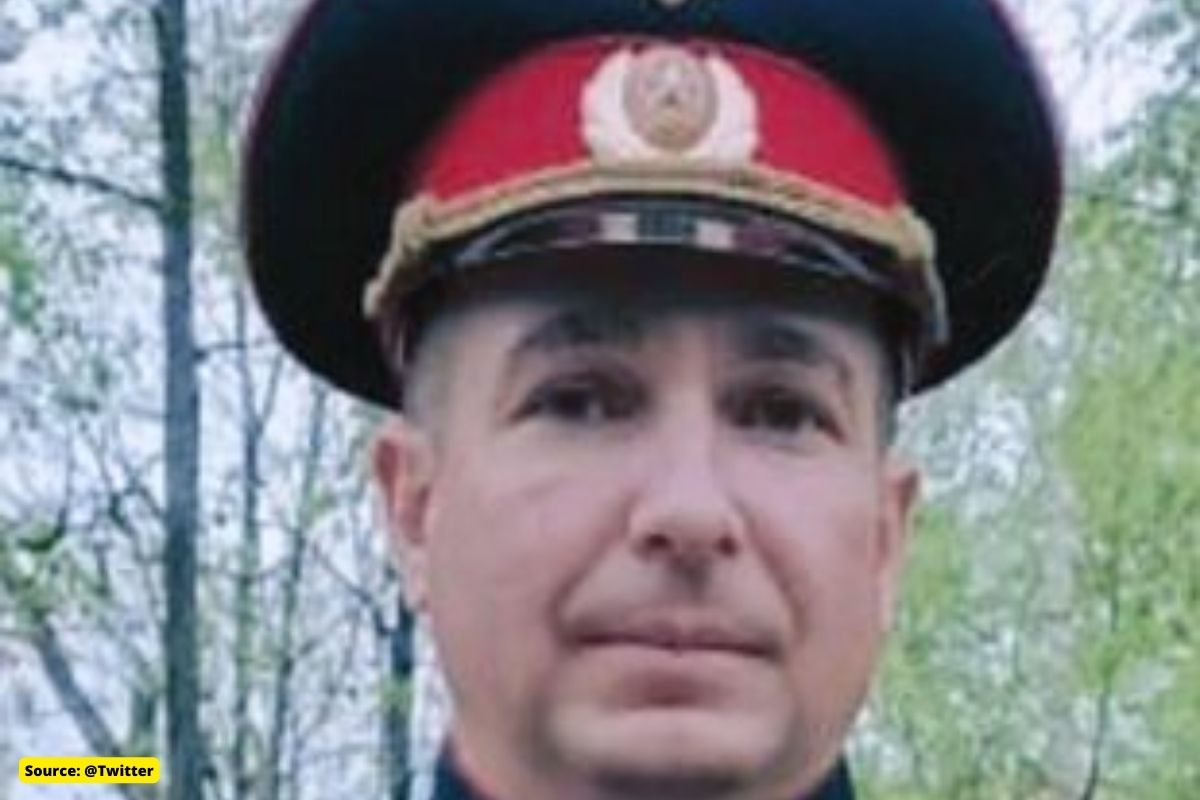 Russian forces have lost two more colonels in Ukraine, including Vadim Gerasimov, one of the youngest Russians to reach such a high rank, as video showed a Russian battalion being hit by artillery fire while trying to rescue a victim.

The last two colonels who have been killed, including one of the youngest in Russia to reach such a high rank, are killing at least 52 colonels killed in the bloody conflict.

36-year-old lieutenant colonel Vadim Gerasimov, a battalion in the Leningrad region, was posthumously awarded the title of Hero of Russia, Putin’s highest award, by order of Putin.

The first was 36-year-old lieutenant colonel Vadym Gerasimov, who commanded a battalion from the Leningrad region. By order of Putin, he was posthumously awarded the Hero of Russia – the country’s highest award. His funeral took place on Thursday in the Leningrad region. Gerasimov graduated from the Mikhail Frunze Military Academy. The lieutenant colonel left his wife and daughter.

The second officer to die on Thursday was Colonel Ruslan Shirin. He was chief of staff of the 336th Separate Marine Brigade, which was part of the Baltic Fleet. He was posthumously awarded the Order of Courage.

Under what circumstances and in what zone of hostilities colonels were lost, it isn’t specified. Their deaths mean that 52 colonel officers have died since Putin’s brutal invasion of Ukraine on February 24.

It has been 109 days since the Russian invasion of Ukraine began on February 24, and fierce fighting continues. Especially in Donbas, where the Kremlin Army is trying to dump the remains in Severodonetsk, the last bastion that Kyiv controls in the region, to achieve its main objective: to establish a land connection from the east of the invaded country to the Crimean peninsula ( annexed in 2014), passing through areas such as Kherson and Mariupol -controlled by Moscow. (Vadim Gerasimov)

The long conflict takes its toll on the increasingly weakened Ukrainian defences – the government confirmed the loss of 10,000 of its own soldiers and 32,000 Russian casualties – whose troops are running out of ammunition. This was reported on Friday by the ‘number two’ of the Kyiv military intelligence, Vadim Skibitski, after pointing out that his Army will depend exclusively on international military aid. “This has turned into an artillery war and we are losing,” he admitted. A statement that provides a dose of reality and that lowers the spirits of the soldiers who fight on the front lines. Even so, the defences resist the Russian attacks.

In Severodonetsk, the epicentre of the Donbas confrontation, “strong street battles” took place yesterday, stressed the city’s mayor, Alexander Striuk, who explained that the Ukrainian Armed Forces still control a third of the city. “A line of defence has been built and military operations continue to push back the Russian Army,” explained the alderman. Among the hardest-hit areas is the Azot chemical plant, whose surroundings “was bombed both from the air and with heavy artillery. Yesterday an ammonia processing workshop and a warehouse with chemicals exploded, it has been burning for a day,” Struik explained.