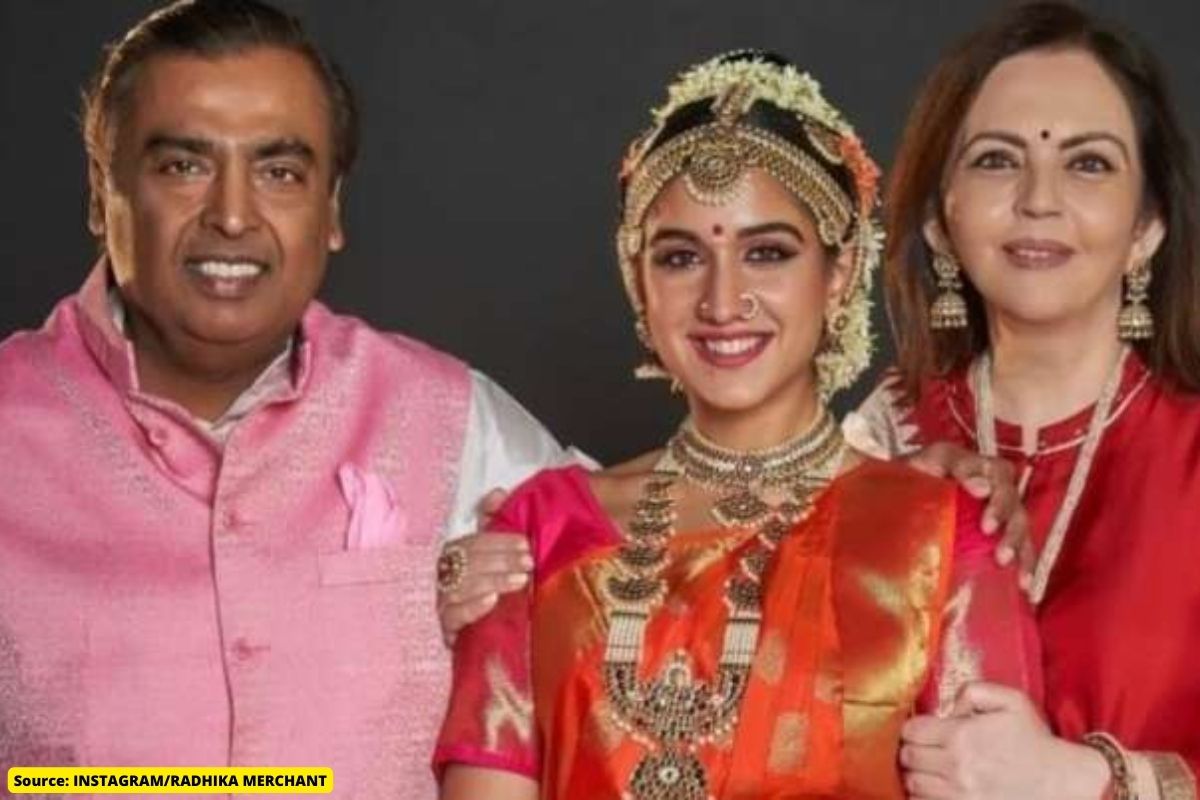 The Ambani family was put on the first stage or street dance performance by Indian classical dancer Radhika Merchant, who happens to be Mukesh Ambani’s fiancée and Nita Ambani’s youngest son, Anant Ambani.

For the inexperienced, the Tamil word Arangetram is a dancer’s stage debut after completing their formal training in classical dance.

The arangetram was presented at the Grand Theater in Mumbai’s Jio World Center on June 5. Radhika Merchant, who regularly attends Ambani’s family occasions, became the center of attention at Akash Ambani and Shloka Mehta’s wedding.

After photos and videos of the event went viral, netizens have been wondering who Radhika Merchant is. Let’s delve deeper into her life and take a look at her family and career.

Who is Radhika Merchant?

Merchant, 24, has been training in classical Bharatnatyam dance from Shree Nibha Arts under the guidance of Guru Bhavana Thakar, the Economic Times reported. Shree Nibha Arts is a Mumbai-based dance academy with a history of 25 years.

She studied at The Cathedral and John Connon School in Mumbai and École Mondiale World School. She is also a student at the BD Somani International School. The merchant graduated in politics and economics from New York University. After graduating, she returned to India and started working as a sales professional in a real estate company.

Radhika Merchant was born on December 18, 1994, and is a native of Gujarat. She studied at The Cathedral and John Connon School in Mumbai and École Mondiale World School before completing her IB Diploma from BD Somani International School. After graduating, she returned to India and started working as a sales professional in a real estate company.

Merchant earned a bachelor’s degree in politics and economics from New York University. She is said to have a strong relationship with Nita Ambani and her daughter Isha.

Under the guidance of Guru Bhavana Thakar, she completed her classical Indian dance training at Shree Nibha Arts, a dance academy based in Mumbai. Ella’s Arangetram ceremony was hosted by Mukesh Ambani and Nita Ambani at the Jio World Center in Mumbai, attended by the likes of Aamir Khan, Salman Khan, Ranveer Singh and more. Maharashtra Minister Aaditya Thackeray attended the event along with his family. Anil Ambani, Akash Ambani, Shloka Ambani from the family attended the event.