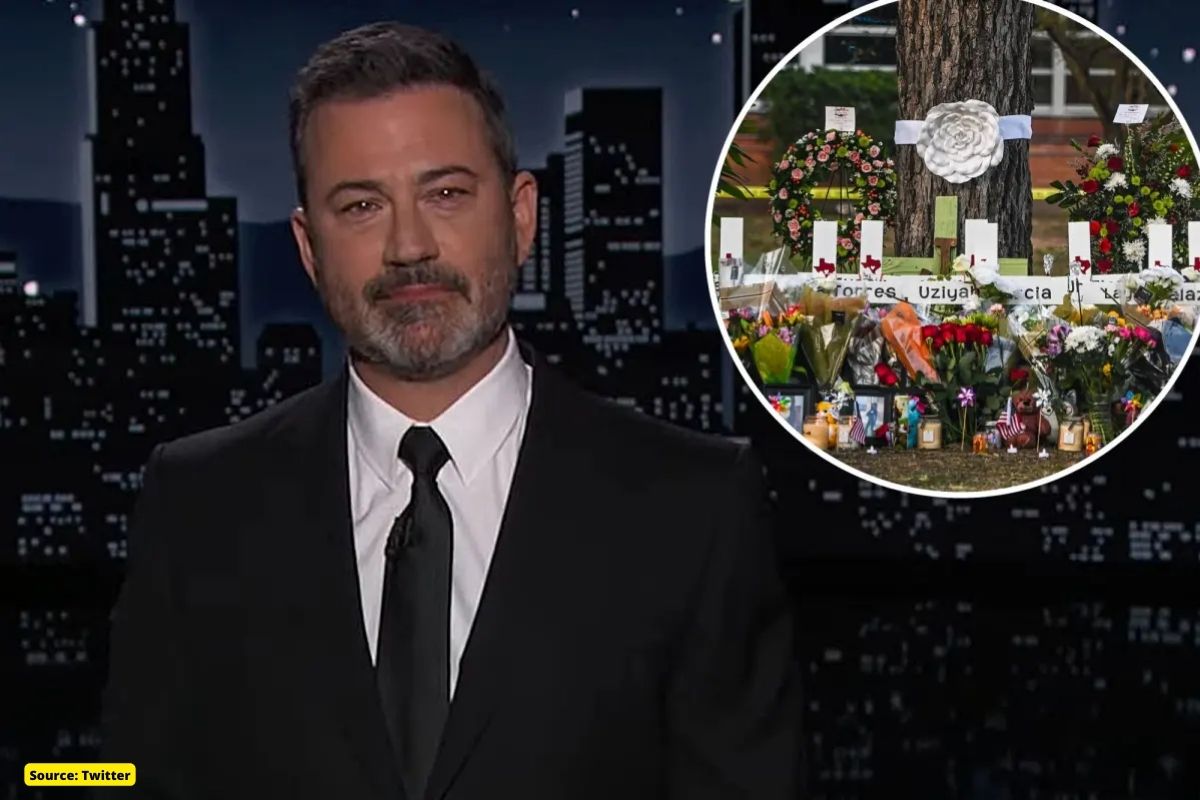 Late at night, TV presenter Jimmy Kimmel tried to keep his composure on Wednesday, talking about a shooting at an elementary school in Uvalde, Texas, which killed two teachers and 19 children. Kimmel was talking to an empty theater as he joined a choir of late-night presenters to watch the country’s deadliest mass shooting of the year.

‘I see. So it wasn’t a gun problem; it was a problem with the door, “Kimmel said.” Get rid of the door, it all makes sense. Maybe we should just have a weekend door in schools so no one can come in. They’ll see the sign, they’ll turn right. There will be no problems at all.

“I wanted to talk to you directly without an audience just before we start the show, because we are back on another day of mourning in this country,” Kimmel said at the beginning of the show on Wednesday. “We miss the little boys and girls whose lives are over and their families are ruined, and our leaders on the right, the Americans in Congress and Fox News … are warning us not to politicize it.

Speaking directly to Cruz, Jimmy Kimmel added: “I do not believe that Ted Cruz does not take care of children. I refuse to believe that he is not affected. He is a father. I bet he went to bed sick last night. It’s easy to call someone a monster. But he is not a monster – he is a man. And some people may not like me saying that, but it’s true.”

“That’s what I’d like to say to Ted Cruz, the man, Governor Abbott, and everyone,” he continued. “It is normal to admit that you made a mistake. In fact, it’s not just normal. You have to admit that you made a mistake when your mistake kills children in your state. It takes a great person to do something like this. To do something like this, you need a brave man. And do I think these men are brave people? No I do not know. But I would be very happy if they surprised me.”

4 thoughts on “Jimmy Kimmel Breaks Down Over Texas School Shooting”