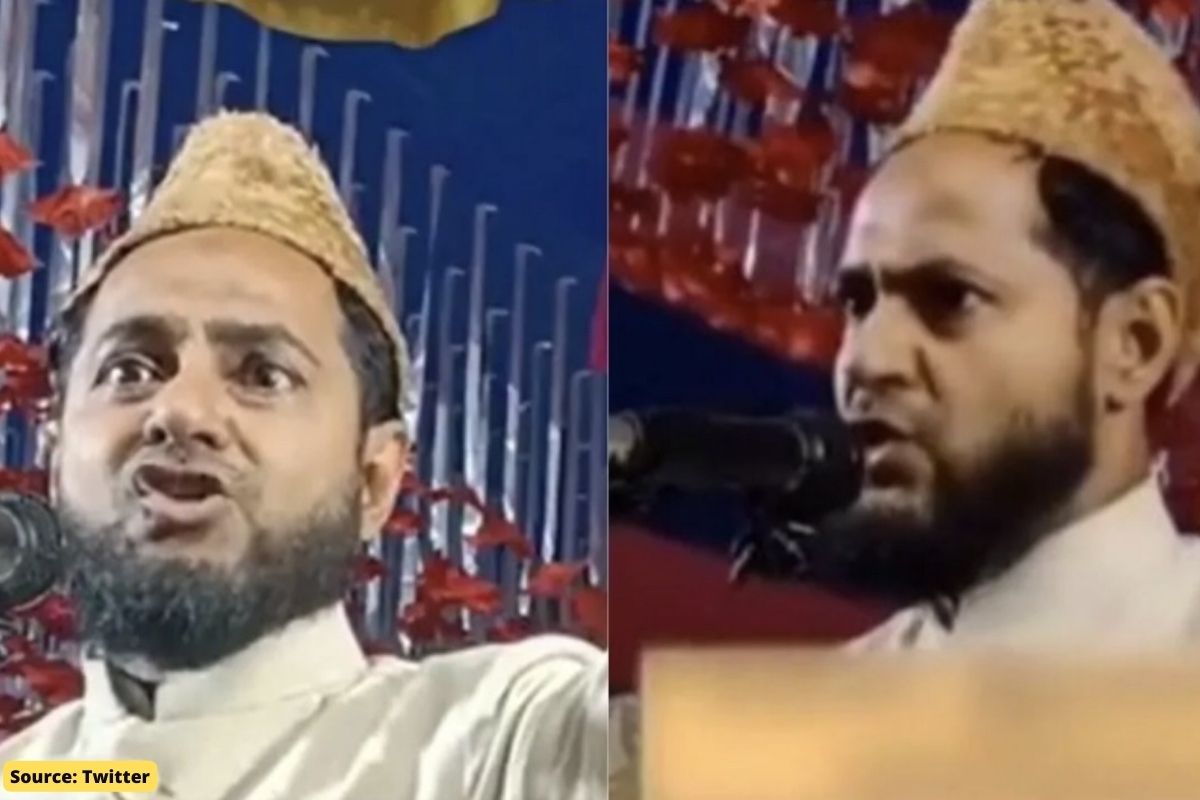 A video of Maulana Jarjis Ansari is going viral, in which he is advising Muslim women that if a woman’s husband talks about having sex with her even when the woman is sitting on a camel.

In a viral video on social media, Maulana Jarjis Ansari Hafizullah said that A woman should be ready for her husband by putting on new clothes and by applying lipstick and makeup, Call your husband 10 times and after that, you have the right to complain that your husband does not come to you, You will stay at home like Bhangin and he will come back at night what will he do, Then he will stay with the one who is working with him in office”

The “higher” castes often believe that to be bhangi must mean to be dirty, untalented, unskilled, and generally the most disgusting version of themselves. That’s why it’s his favourite abuse for anyone who fits that description.

Bhangi is an Indian caste or jāti traditionally treated as untouchable, and was historically restricted to three occupations: cleaning latrines, sweeping and collecting rubbish. They prefer to be known as Balmiki. Pejoratively called “toilet cleaners” as it was their traditional profession, bhangis had to carry away human waste in buckets on their heads.

In India’s traditional caste system, professions were passed down from father to son, so a boy born into the Bhangi family was forced into this profession primarily for economic reasons. Efforts have been made to improve sanitation systems in India, including laws prohibiting the construction of dry toilets and the manual disposal of human waste.

However, the bhangis, who are numerous throughout India, continue to work in their traditional roles and continue to face severe social barriers, discrimination and hate crimes. The Bhangi community includes various subdivisions such as Hela.

Netizens are now trolling Maulana for the alleged video.

The misogynist Maulana Jarjis Ansari claims to be an Islamic preacher whose goal is to make people aware of the virtues of Islam and to make Muslims aware of the true teachings of Islam.