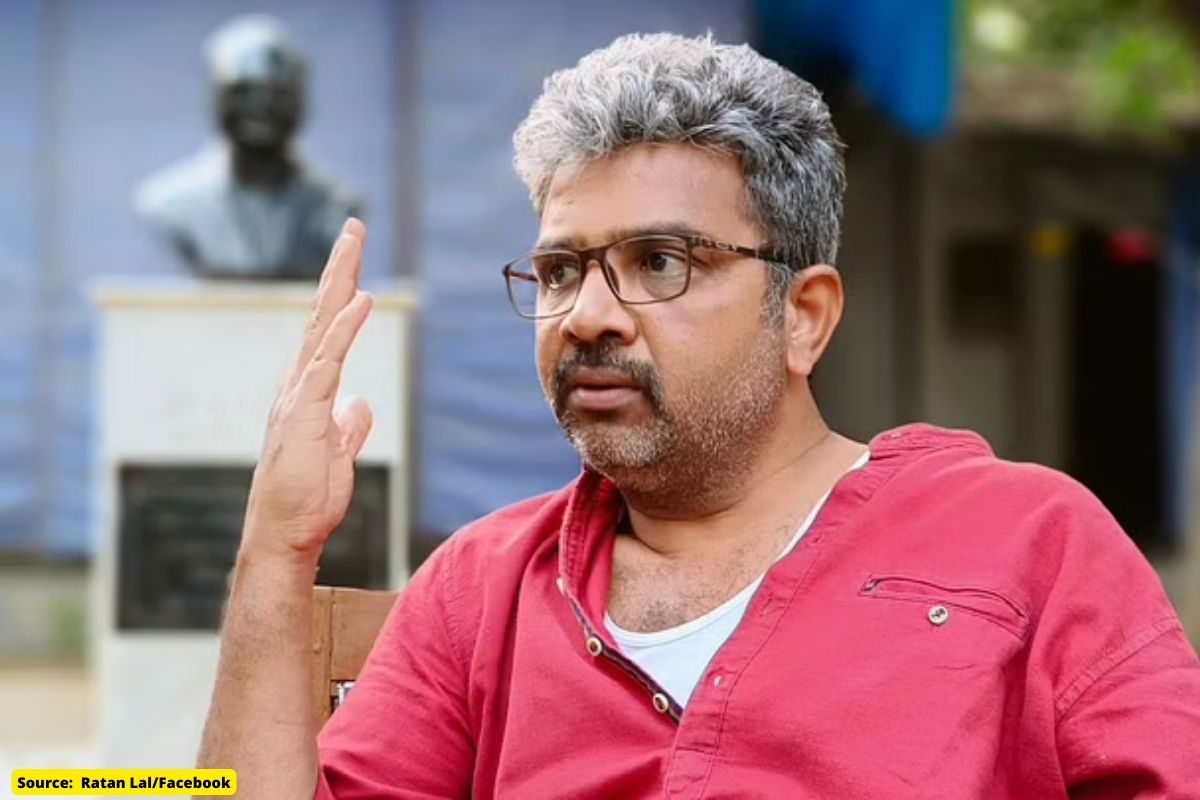 Police on Friday arrested Ratan Lal, Associate Professor of History at the Hindu College of Delhi University (DU), for making a controversial post on Facebook regarding the Shivling found at Gyanvapi Masjid in Varanasi.

The professor was heavily criticized, it is to be known that on the complaint of social activist Shivam Bhalla, an FIR was registered against the teacher at Cyber ​​Cell police station in North district on May 18 under sections of malicious acts and hurting religious sentiments.

The police called Lal for questioning and later arrested him. The professor has been booked under sections 153A (promoting enmity between different groups on grounds of religion) and 295A (malicious act done with intent to outrage religious feelings) of the Indian Penal Code.

In his complaint, advocate Vineet Jindal said Lal had recently shared a “derogatory, inflammatory and provocative Facebook post about Shivling.”

After the complaint was filed, Lal said he was receiving death threats and sought protection from the government.

The statement made by Lal on his Facebook account is “instigating and provoking”, he said in the complaint.

The statement was released on the subject of a ‘Shivling’ found in the Gyanvapi Mosque compound, which is highly sensitive in nature and the matter is pending before the court, the lawyer said in his complaint.

Defending his post earlier, Lal had said, “In India, if you talk about something, someone or others’ feelings will be hurt. So this is nothing new. I am a historian and have made several observations. As I wrote them, I have used very cautious language in my post and yet. I will defend myself.”

Meanwhile, a demonstration was carried out outside the Cyber ​​Police Station of Maurice Nagar in North Delhi to protest against the arrest of Professor Ratan Lal, students of the Students Federation of India (SFI) and the All India Students Association (AISA) students union. Some students raised slogans and protested on the road outside the police station. The students also blocked the road during the protest.

Hundreds of Dalit activists, teachers and students gathered at the Delhi Police Cyber Police Station at midnight to protest the arrest of Professor Ratan Lal.

Meanwhile, Ratan Lal’s lawyer, Mahmood Pracha, said: “A false case was registered against him (Professor Ratan Lal). The FIR and the complaint do not mention anything that can be called a recognizable offence. arrest can be made.” under sections 153A and 295A of the IPC, the police do not have that power.

Ratan Lal’s lawyer further said, “This arrest also defies the Supreme Court’s decision and violates Section 3 of the Scheduled Castes and Tribes (Prevention of Atrocities) Act. We will prove his innocence.

A false case was registered against him (Prof. Ratan Lal). The FIR and the complaint do not mention anything that could be classified as a knowable offence. Despite that, arrests cannot be made u/s 153A and 295A IPC, the police do not have that power: Mehmood Pracha, defender of Ratan Lal.

Professor Lal’s arrest was condemned by many on Twitter.

Students and professors from the College of Arts, University of Delhi will stage a protest at 11am. m. against the arrest of Hindu College Associate Professor Ratan Lal, demanding his immediate release.

The 50-year-old associate professor was arrested in connection with an allegedly objectionable social media post that referred to claims that a Shivling was found in the Gyanvapi Mosque in Varanasi.

Who is DU professor Ratan Lal

Ratan Lal, who is an assistant professor at the Hindu College, University of Delhi. Ratan Lal, a resident of Muzaffarpur, Bihar, teaches history at the University.

He has given lectures in Hindi publications and social media sites and authored various essays on various modern political and intellectual topics including caste, human rights and gender. He’s also the editor of the three-volume collection of works of Kashi Prasad Jaiswal as well as “Aur Kitne Rohit?” He is also the author of.

Apart from his teaching career, he is also a Dalit activist and learner. As a diligent social and political activist, he has led countless bold and successful campaigns on Dalit and human rights problems. He is the founder and editor-in-chief of ‘Ambedkarnama’.