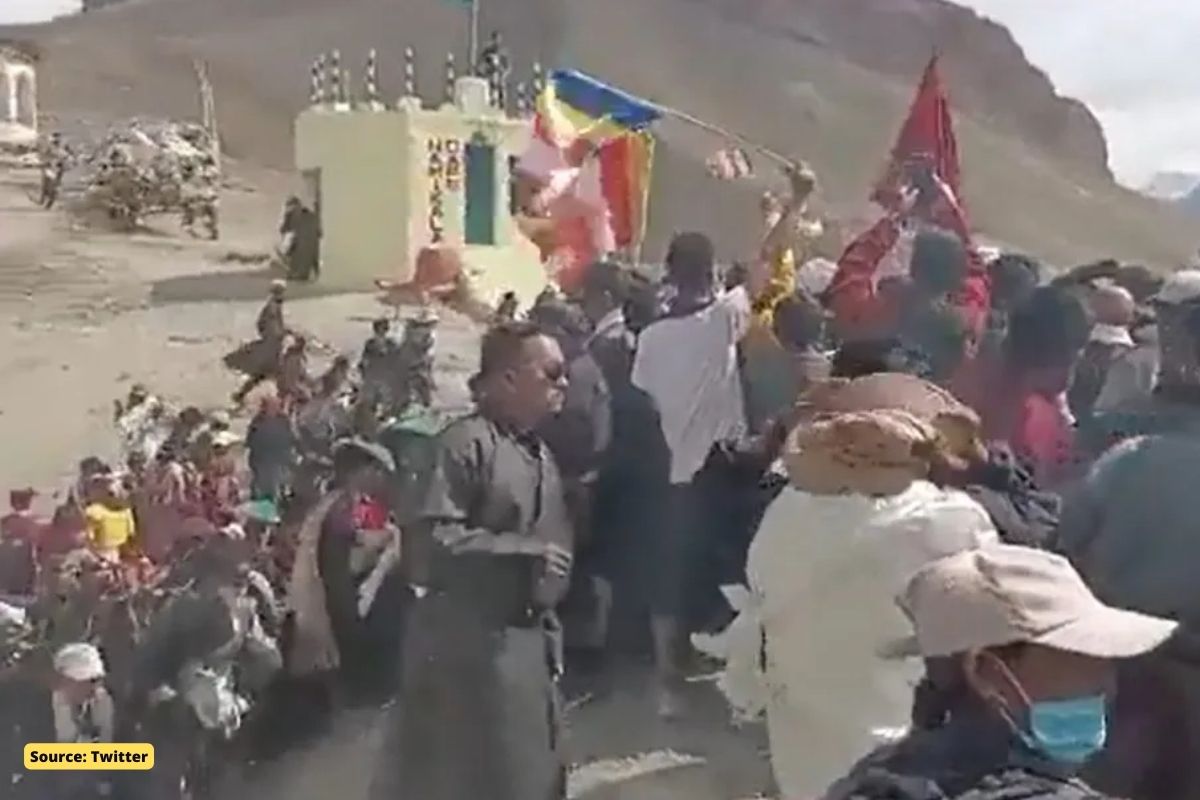 The tension between Muslims and Buddhists in the Ladakh Union Territory (UT) was averted on Monday after a monk’s march to Kargil city to establish a monastery was called off by administration intervention. The administration, through MP Jamyang Tsering Namgyal, asked Choskyong Palga Rinpoche to cancel the event.

Angered by Muslim clerics, Buddhists in Kargil have been agitating and are once again scheduled to hold a rally today. It is worth mentioning that Kargil has never witnessed such a division and has never experienced religious unrest.

For inexperienced Buddhist teacher and orator Choekyong Palga Rinpoche, aiming to raise awareness of Gompa restoration, is leading an ‘Eco Pad Yatra’ which left Leh for Kargil on May 31. However, a part of the Muslims opposed it.

Officials in Ladakh said the L-G administration intervened to stop the “peace march” of an independent monk, Choskyong Palga Rinpoche, who started a “paad yatra” earlier this month. Rinpoche was arrested in Mulbek, about 35 km from the city of Kargil, on Monday.

Rinpoche is campaigning to establish a monastery in Kargil, as envisioned in an order issued in 1961. However, the Kargil Democratic Alliance (KDA), an amalgamation of various religious and political parties based in Kargil’s Muslim majority, opposed the measure.

Buddhists have been demanding the construction of a ‘gompa’ (monastery) for a long time. In 1961, the J&K government allotted the land to the Ladakh Buddhist Association (LBA) for a Buddhist temple. However, the then government amended the order in 1969 and declared that a structure could be built there only for commercial or residential purposes.

The Kargil Democratic Alliance (KDA), an association of social and religious organizations, sent a letter to the Deputy Commissioner stating that the march was politically motivated and could disturb communal harmony in Ladakh.

“The KDA has held a meeting with representatives of the Ladakh Buddhist Association (LBA) on the issue of building a Gompa (monastery) in Kargil. Both agencies agreed that the issue should be resolved amicably,” the letter said. Under such circumstances, a third person who had no interest in the matter was trying to disturb the peace in the region, he said. While the KDA and LBA are in talks on the matter, the LBA’s Kargil unit has thrown its support behind the monk.

His boss, Skarma Dadul, said that Buddhists were not allowed to build a monastery in Kargil. “We don’t want to create any tension, but it is our right to have a proper place of worship,” he said. The administration and the police are silent on the matter, but it has emerged that the police have been told to deal with the situation in Kargil if it gets out of hand.