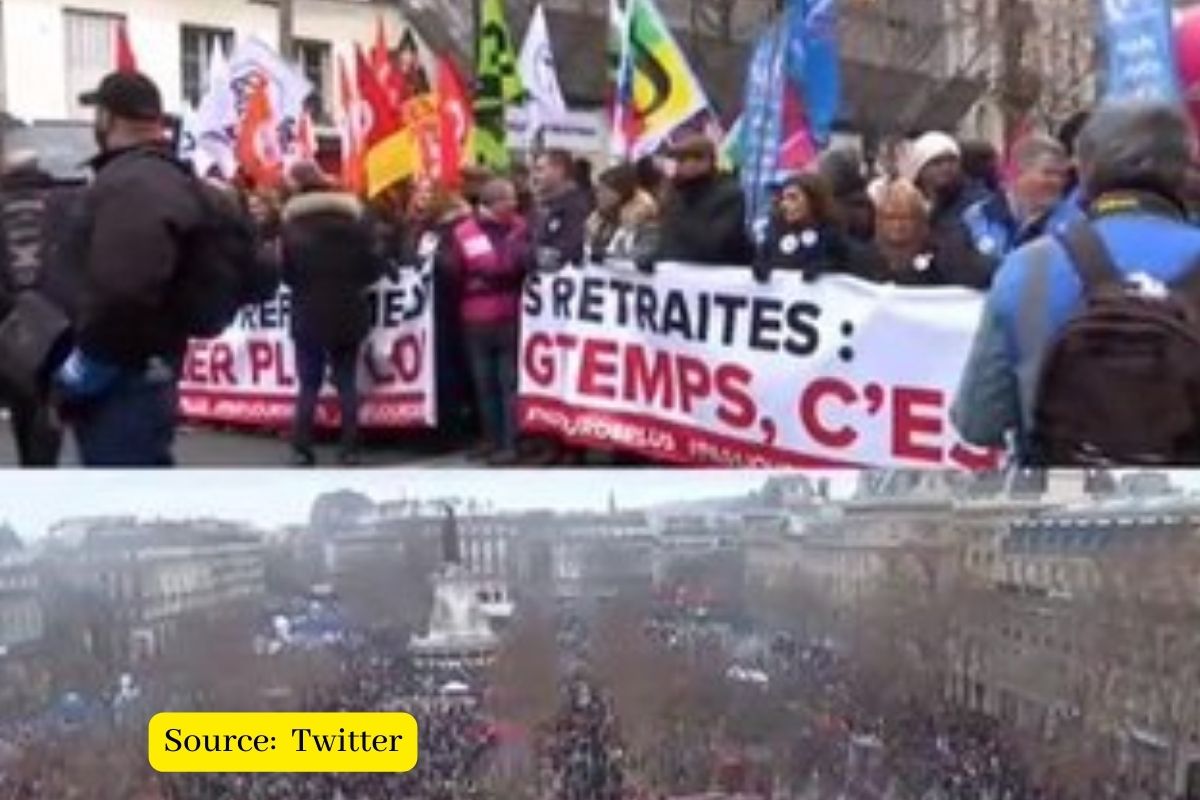 On the table since before the Covid-19 pandemic, the French president’s pension reform landed to increase the retirement age from 62 to 64 by 2030. The Government affirms that if the reform is not implemented, everything in the pension system would be unsustainable. The political opposition, unions and citizens have dismissed the proposal as unfair.

A reform that was rejected by the majority of French from the beginning. When French President Emmanuel Macron made the announcement of the project, strikes broke out in the transport sector and protests lasted for weeks.

The Covid-19 emergency stopped the project, but sooner or later one of the proposals that the president had already planned since the electoral campaign would arrive. On Tuesday, January 10, the reform was revived.

“The mobilization is the image of what we read in the polls, that is, that a large majority of the citizens of this country are against this reform,” said Philippe Martínez, general secretary of the General Confederation of Labour (CGT). French, from the head of the massive demonstration organized in Paris.

“Working more will allow future retirees to obtain higher pensions,” said Prime Minister Elisabeth Borne the day she revealed the changes to the project, explaining, furthermore, that the minimum retirement age to be entitled to a full pension will be increased gradually, in three months each year, starting this year.

Some jobs will fall into so-called ‘specific categories’, which will allow people to retire earlier, such as firefighters or police officers.

The one in Paris was the most important demonstration of the muscle of the day of protests, which have also spread throughout France, from Marseille to Nantes. Nationwide, unions estimate that the target of two million protesters was exceeded, while the Interior Ministry has lowered the figure to 1.1 million.

The Paris call was considered high risk by the authorities, and the Interior Ministry deployed thousands of police officers. In fact, at noon the agents fired tear gas at some protesters, causing incidents and destruction for which 38 people have been arrested.

Effects on transportation and public services

Transport has been one of the most affected sectors. The SNCF railway company has warned that only 10% of regional trains were running, between a third and a fifth of high-speed trains (TGV) and none of the other long-distance trains. Orly international airport, one of the main ones in France, has cancelled one in five flights.

In the Paris region, only a third of the two large commuter train lines (RER A and RER B) have circulated and 10% of the rest, while in the Metro only the two automatic lines, 1 and 2, operate normally. 14, but even these have some stations closed.

The unions expect some 750,000 protesters across the country, between 50,000 and 80,000 in Paris alone. In 1995, the concentration of two million people in a single day was the trigger for the withdrawal of the Executive reform project.

A necessary call to calm

This rarely-seen show of unity between French unions has, among other things, an important common factor: the protests must remain peaceful. This was announced by Laurent Berger, the head of the CFDT.

Contrary to other leaders, Berger did not jump into the water with a number of participants, but he did say that “there must be as many people as possible in the streets, and in a peaceful way.”

Despite the fact that all the unions closed ranks before the probable approval of the increase in the retirement age, the head of the CFDT argued that his group would not block the sensitive sectors of the nation or extend the inactivity beyond that.

As much as the head of the Cabinet, Elisabeth Borne, tries to clarify the panorama, the situation does not de-escalate. Borne pointed out that this week her government would mobilize to make the French people see that the reform “allows for social progress.”

Raise the retirement age to 64

On the table since before the Covid-19 pandemic, the French president’s pension reform landed to increase the retirement age from 62 to 64 by 2030. The Government affirms that if the reform is not implemented, everything in the pension system would be unsustainable.

A pension reform project that would be approved with the support of the conservative party Los Republicans. Others are detractors of this measure. Among them, are the political parties of the left, the extreme right commanded by Marine Le Pen and all the unions.