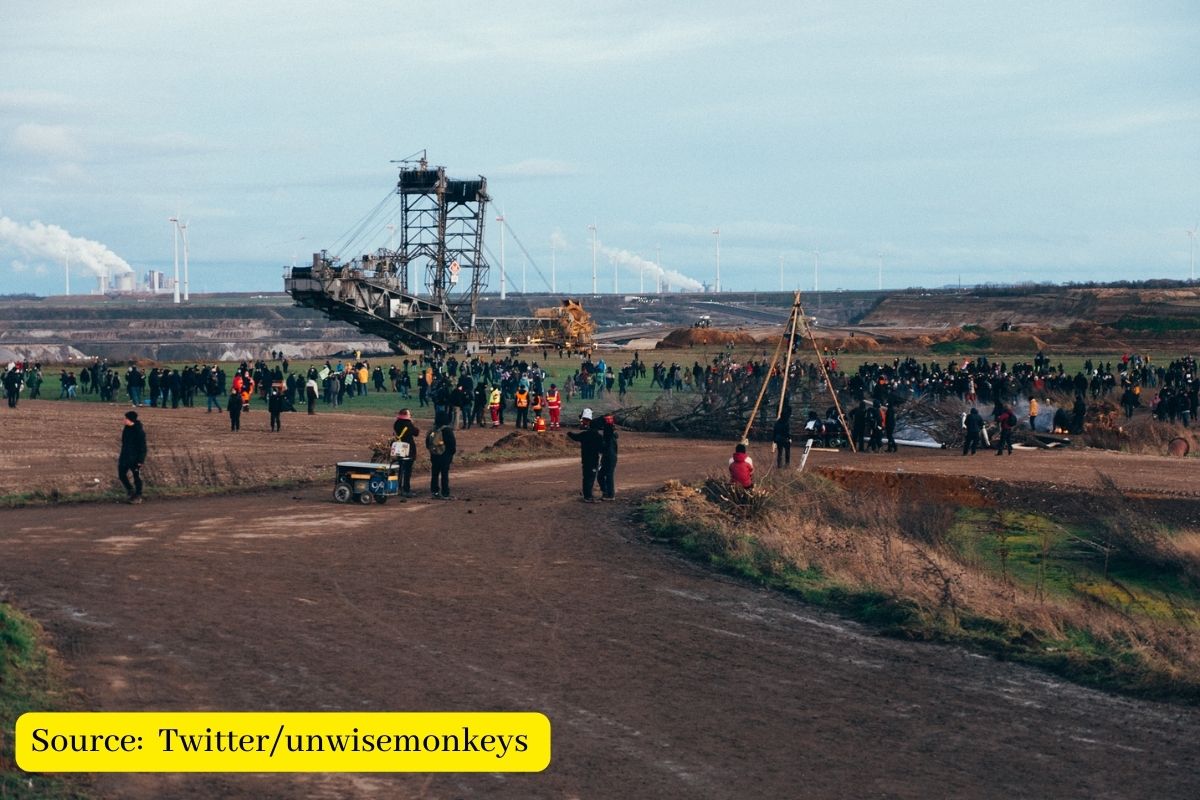 Lützerath, a small town in the state of North Rhine-Westphalia in Germany, has become a symbol of a fierce battle against fossil fuels. This abandoned village has been, for months, an example of climate activism resisting the return to coal in Europe. Now, it has become another victim of the energy crisis that the continent is experiencing.

Until 2006, Lützerath was a sleepy German town in North Rhine-Westphalia, located near two of the world’s largest lignite mines, Garzweiler and Hambach. Brown coal is a highly polluting form of coal.

About 100 people lived in the village, but an exodus began that year that never stopped, with Lützerath slowly turning into a ghost town. The last resident to leave, a few weeks ago, was Eckardt Heukamp, a farmer whose land was bought by RWE.

The case is causing controversy in German society. Contradictory messages from experts and environmentalists are exchanged, while bulldozers demolish possibly one of the last villages in the area to resist open-pit mines.

In Lützerath, the last resident farmer there moved months ago, leaving behind a tract of land with a handful of abandoned houses and old shops that have been bought up by German energy company RWE Power. As the company noted in a statement, he has all the necessary licenses and court orders justifying his demolition.

Mine very close to village

What the energy company wants is to expand an open pit mine very close to this village, the Garzweiler mine, approved in 1995. The company’s justification for expanding its lignite coal mine alludes to a comprehensive political agreement that was intended to advance eight years of RWE’s coal output until 2030.

According to RWE, the accelerated phase-out will see the volume of lignite mined from the Garzweiler opencast mine roughly halved, with no funds being received to mitigate this change. Therefore, they argue that the coal from the former settlement of Lützerath, which is located near Garzweiler, is necessary to make optimal use of the lignite fleet during the energy crisis and thus save gas in electricity generation for Germany.

The company – which has recently signed an agreement with a US company for the supply of 2.25 million tons of liquefied natural gas (LNG) per year for 15 years – refers to a study commissioned by the Ministry of Economy, Industry, Protection of Climate and Energy of North Rhine-Westphalia.

It concludes that if Lützerath were not excavated, the demand would exceed the amount of eligible lignite in various scenarios. According to the September 2022 report, at least 17 million tons of lignite are missing anyway and they forecast that in 2023, in particular, there will be an even bigger gap due to gasoline shortages.

Protest against coal mine in German town

Thousands of people have been protesting in persistent rain since Saturday against plans to evict and demolish a western German village that is intended to make way for the expansion of a coal mine. There were clashes with the police when some protesters tried to reach the edge of the mine and the village itself.

Greta Thunberg who had joined the demonstrators to protest against the eviction of Lützerath, walking through the nearby town of Keyenberg and past muddy fields.

Protesters chanted “Every village stays” and “You are not alone”. According to the organizers, about 35,000 people participated in the march, while the police reported about 15,000.

Lützerath has been occupied by protesters since 2020, when plans surfaced to demolish the village and dig up the brown coal, or lignite, beneath it. Since the end of World War II, around 300 towns in Germany have been bulldozed for lignite mining, prompting the resettlement of more than 120,000 people.

In recent years, apart from the activists, only one farmer and a few tenants still lived in Lützerath. A visit to the town reveals little more than a main road and a dozen old brick farmhouses covered in protest graffiti.

The ‘ghost’ of coal returns

The International Energy Agency already ruled last December on the return to coal in Europe as a result of the energy crisis aggravated by the war in Russia. According to its latest report, a record high was reached in 2022, 8 billion tons in a single year, and he forecasts similar levels in the following years.

“The world is close to a peak in the use of fossil fuels, and coal will be the first to decline, but we are not there yet,” said Keisuke Sadamori, director of Energy Markets and Security at the IEA.

Among activists, the town of Lützerath has become a symbolic battleground in their fight to stop the expansion of fossil fuels, and is also important to global efforts to show that the goals of the Paris Agreement are achievable.