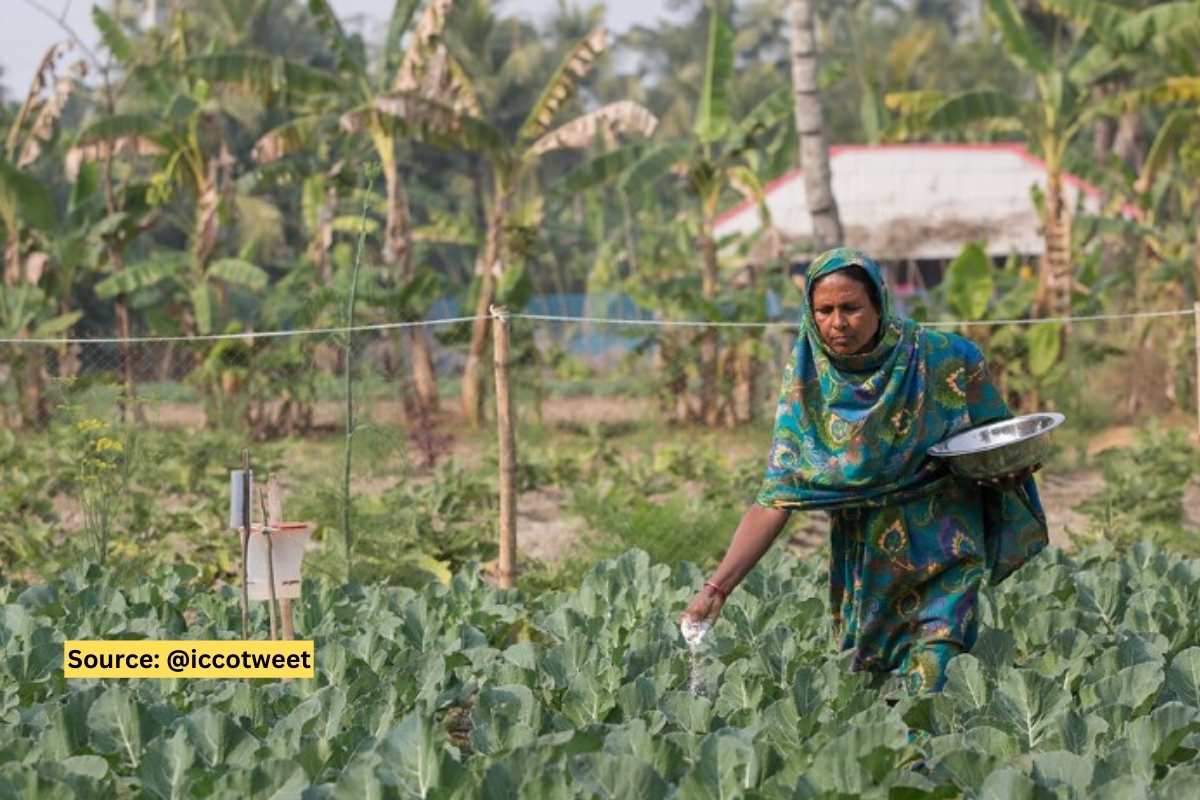 The ICCO Corporation is a developmental non-governmental organization that has been an active agent in revolutionizing agriculture in the highly saline regions of Bangladesh by implementing its Salt Solution Project. The project is being funded by National Postcode Lottery, Netherlands.

Due to increased flooding and the rise in sea levels near coastal Bangladesh, several districts face the issue of increased salinity in their agricultural land. Bangladesh employs 70% of its land in agriculture and 50% of its population depends on it for their livelihood. Therefore, the increased salinity in this region prevents the growth of crops. Furthermore, leads to an imbalance in the economy, and loss of livelihood. Hence, affecting food security.

Per day about 2000 hectares of agricultural land is lost to increased salinity globally. This becomes a problem of grave nature in Bangladesh as the coastal region of the country is particularly poor. In addition, the salinization of soil has increased to a point where agriculture is not sustainable in many regions.

The efforts to reduce the salt content in the soil so far have proven redundant due to their short-lived nature. Although, the Salt Solution adopts a different approach. Instead of using expensive equipment that reduces the salt concentration for a brief period, and is also known to damage the soil and crops, the Salt Solution has been working on making the already affected soil productive.

This approach has proven more long-lasting and sustainable for the communities that depend on agriculture.

ICCO helped the farmers by introducing seeds that are salt-tolerant and thrive in saline soil. These crop varieties are regular and not genetically modified.

Salt Farm Texel, a Dutch Company worked with ICCO in identifying the most suitable varieties of crops that could be grown on saline soil, using it to the farmers’ advantage. Varieties like carrots, potatoes, cabbage, beet, and kohlrabi were selected.

In a country where 53% of its coastal land is affected by salinization. Furthermore, 11% of the land is projected to be lost by the rising sea levels. Hence, a project like the Salt Solution has proven miraculous in using the stressor to its advantage and making at least two to three extra harvests annually with it. The initiative aims to reach another 5000 farmers by the year 2024 and prevent Bangladesh from going through a food crisis.