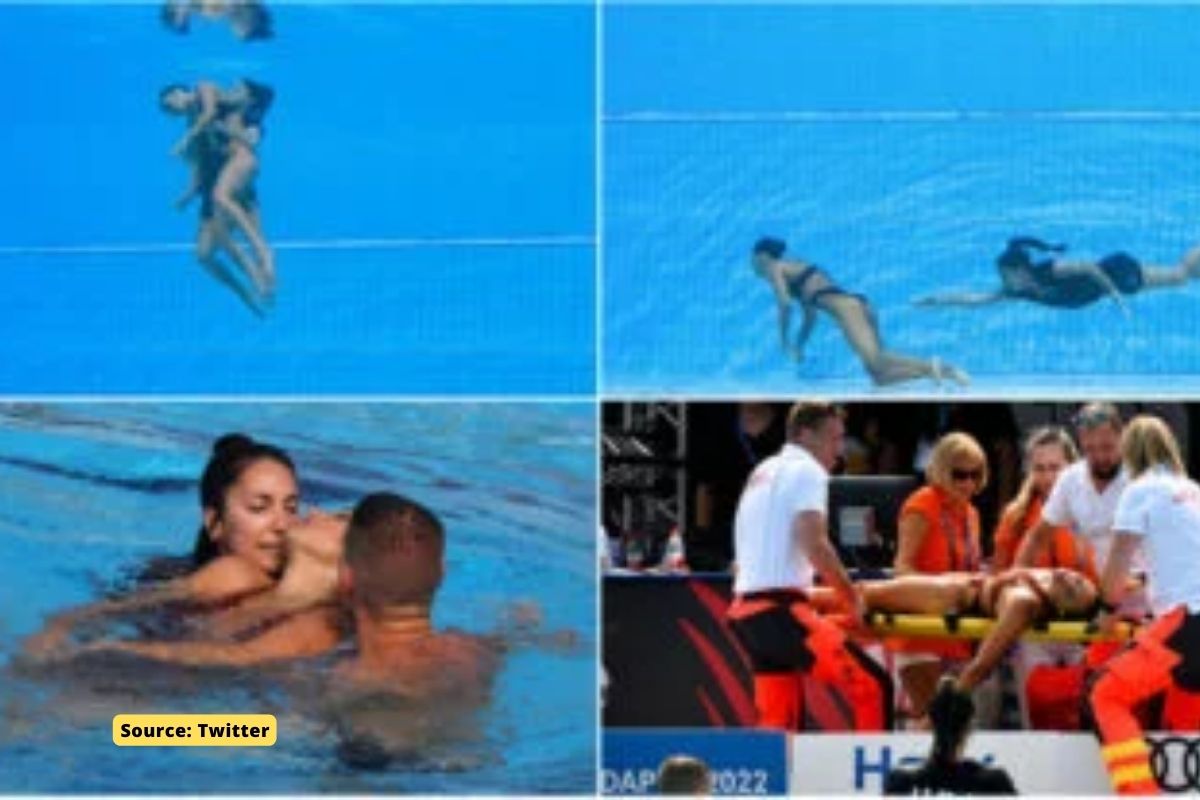 The most dramatic moment of the World Swimming Championships in Budapest, Hungary, was recorded this Wednesday, when the representative of the United States, Anita Alvarez, fainted during her exercise in the synchronised swimming modality and had to be rescued from the water by her coach.

Fuentes’ first priority was getting Alvarez’s face to the surface before pulling her out of the water, and the injured swimmer soon regained consciousness after receiving poolside medical attention before being carried away on a stretcher.

“Anita is okay,” wrote Fuentes on Instagram following Wednesday’s close call. “The doctors checked all vitals and everything is normal – [her] heart rate, oxygen, sugar levels, blood pressure, et cetera… all is OK.

Anita Alvarez, 25, lost consciousness during the solo free final, but her trainer, Andrea Fuentes, saw the danger and dove into the pool to pull her to the surface. It was the second time that Fuentes saved Alvarez, as she also saved her when she passed out on her at the end of her duet routine at the Olympic qualifier in Barcelona last year.

What is Synchronised swimming?

Synchronised swimming is a water sport that combines dance, gymnastics and swimming. Always accompanied by music. It is necessary to have a lot of flexibility, physical resistance, art, precision, and resistance to hold your breath underwater. It is also important to work on acquiring the great aquatic skills needed.

The discipline is one of the most artistic in the Olympic Games, it is characterized by its music, as swimmers perform movements such as diving face down into the water, doing wheels, somersaults, towers and pyramids.

Synchronised swimming has been an Olympic discipline since 1984. It is mostly a female sport, although more and more men practice it.

What are the rules of synchronised swimming?

The International Federation of Amateur Swimming (FINA) is the one that governs all synchronised swimming competitions worldwide, these establish the basic guidelines such as:

Synchronised swimming spread around the world thanks to Australian swimmer Annette Kellerman. It was she who organized an exhibition in New York in 1907. At the end of the 19th century, in 1982, in England, it became known as water ballet. Already in the 20th century, the name has been changed to synchronised swimming.

The first figure championship was held in 1926. During the years 1933 and 1934, one of the most fascinating and influential shows of the time, “Modern Mermaids” was held and became known as synchronised swimming. Given the number of athletes practicing this sport, a few years later a rule was drawn up to regulate and set guidelines for this discipline.

Synchronised swimming was first included in the Pan American Games in 1955, as it was one of the most developed sports in the United States at the time. This created an optimal effect, and it was in 1973 that the World Championships began to be held.

The most anticipated moment has finally arrived, with the first synchronised swimming swimmers taking part in the 1984 Olympic Games in Los Angeles.

How it is different from normal swimming?

Synchronised swimming differs from other swimming events in that athletes can often be expected to spend more time underwater in short bursts.

Fainting can happen in a number of ways, including loss of blood to the brain, sudden changes in temperature, or a drop in pressure.