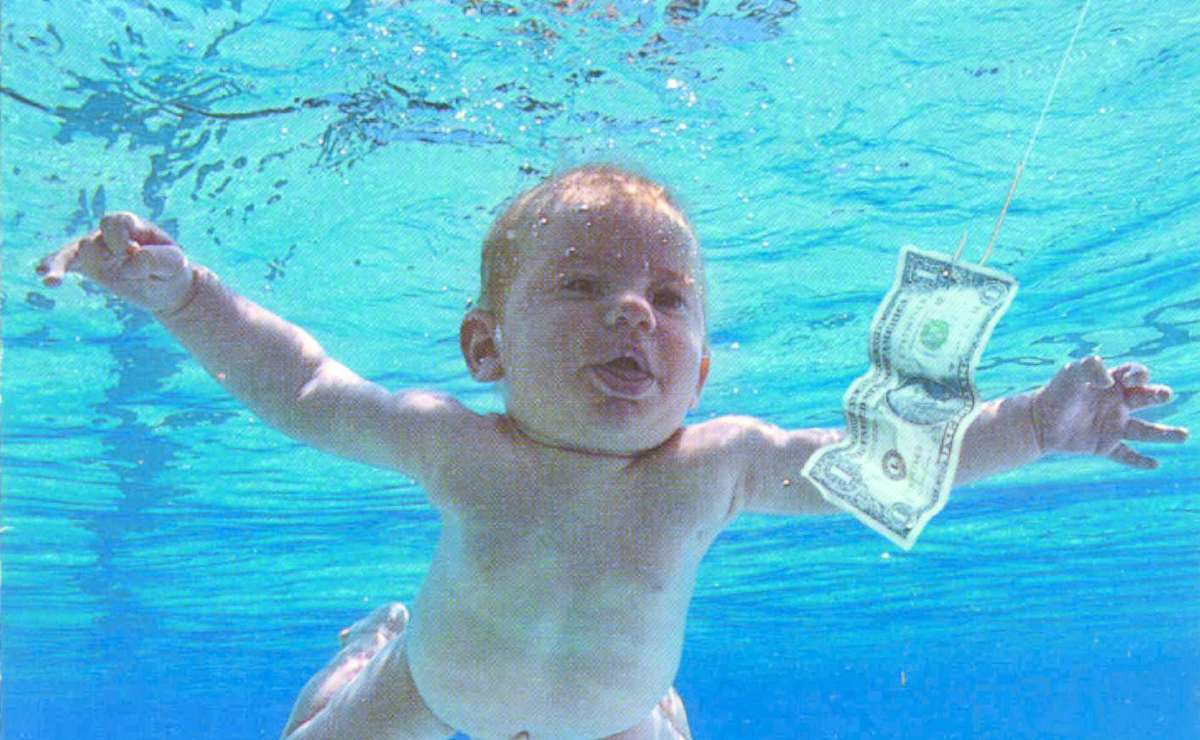 Ground Report | New Delhi: Naked baby from ‘Nevermind’; Spencer Elden, who appeared naked as a baby on the cover of the album of 1991 Nirvana’s “Nevermind”, said has the work of iconic art of the album is child pgraphy and issuing the band for alleged “exploitation infantile se*ual “.

The rock album cover shows Elden, then a baby, swimming underwater while naked, his eyes fixed on a dollar bill. This became one of the most enduring images of rock music after the album was released.

In a lawsuit filed in California district court against several parties, including the band’s surviving members, Kurt Cobain’s widow Courtney Love, and the record label that had released or distributed the album over the past three decades, Alden alleged that the defendants committed child pgraphy. Produced with the image, which depicts her swimming naked towards a dollar bill, with her genitalia visible.

Alden, who was four months old when the image was created, says he suffered “lifelong damage” from the 1991 album cover, which included “excessive and lasting emotional distress with physical manifestations”, as well as education, wages, and “Pleasure of Pleasure” is included”.

The lawsuit claims the image is “se*ually graphic”, and says it looks like Alden being “a se* worker – gr@bb*ng for a dollar bill”. It claims that Alden was never paid to appear on the cover and that his parents never signed a release form for the image, which was specifically shot for the album cover. it was done. It has previously been reported that Alden was paid $250.

The story of the “baby of Nirvana”

Elden, now 30, has listed the band’s surviving members, the executors of lead singer Kurt Cobain’s estate, and various record labels as defendants. It seeks to obtain $ 150,000 in damages from each of the defendants, plus legal costs, and alleges that the defendants “knowingly produced, possessed and advertised commercial child pgraphy.”

The lawsuit alleges that Elden was se*ualized because the dollar bill used in the image made the baby look like “a se* worker.” Elden has recreated the image at times during his adult years, but has also suggested in interviews that he was uncomfortable with the popularity of the album cover.

In 2007 he told The Sunday Times that he found it “a little creepy that so many people have seen me naked … I feel like the biggest adult star in the world.”  In 2016, Alden recreated the image with the New York Post newspaper to mark the album’s 25th anniversary, saying: “It’s so important that something is so important I can’t even remember.” He also said that year: “Lately I’ve been thinking, ‘What if I wasn’t okay with showing my weird genital to everyone?’ I really didn’t have a choice.”

“Nevermind” and its lead single “Smells Like Teen Spirit” sold millions of copies and helped popularize grunge music in America. Both its content and its cover were billed as seminal rock works, but three years after its release, Nirvana frontman Kurt Cobain committed suicide in Seattle and the remaining members subsequently disbanded.

Elden said in 2008: “Cobain was rumored to have the original concept of wanting to show a mother giving birth underwater.” And he added: “But the commitment was to have a baby swimming underwater. Or so they told me.”

The lawsuit alleges that Elden “has suffered and will continue to suffer personal injury from the distribution and possession of child pgraphy,” including emotional distress and loss of income.