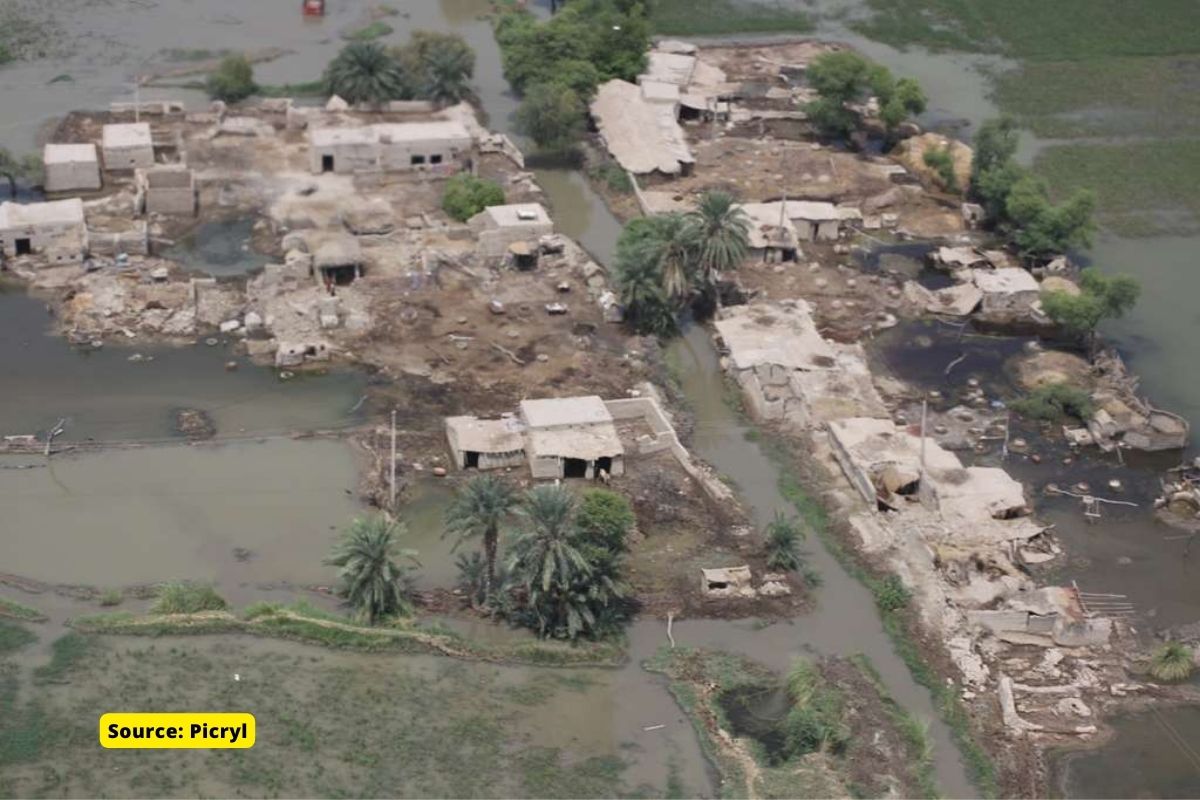 The effects of climate change are already being felt all over the world. Temperatures continue to rise and South Asia is one of the most severely affected by climate change.

There has been a lot of discussion in international forums about the need to focus on adapting to the effects of the changing climate. But in some cases our ecosystems are already so damaged that they can no longer be repaired and they are permanently disrupting the lives of communities. In climate change diplomacy, these irreparable consequences are known as ‘loss and damage’.

What is loss and damage from climate change?

The impacts of climate change include more frequent and intense floods, heatwaves, storms and sea level rise. While people can adapt to some of these changes in their environment, in many instances adaptation is impossible: lives are lost, embankments broken, land rendered infertile, habitat changed permanently and livestock killed. The social and financial impacts of climate change that cannot be avoided are referred to as ‘loss and damage’.

Loss and damage from climate change may be economic or non-economic. Economic losses include financial losses suffered by businesses, such as severe heatwaves in India reducing the yield of wheat, affecting the livelihoods of many farmers. It could also mean a loss of property and infrastructure, such as homes washed away in the floods that are becoming more frequent and severe in South Asia due to climate change.

Non-economic loss and damage could include cultural traditions, indigenous knowledge, biodiversity and ecosystem services that are lost due to the impacts of climate change.

How does loss and damage affect India and South Asia?

According to the World Bank, 750 million people in South Asia have been affected by at least one natural disaster in the past two decades. As the climate is getting warmer, these disasters are continuously coming and their intensity is also increasing. Due to this, there is a possibility of heavy loss and damage to South Asia.

Several reports by the Intergovernmental Panel on Climate Change (IPCC) have identified South Asia as particularly vulnerable to extreme weather. A major 2022 IPCC report on climate impacts emphasized that the region will continue to be affected by economic damage from floods, cyclones and heatwaves. At the same time, slow-moving crises like the decline in agricultural productivity will also severely affect the sector.

Given the huge potential economic and humanitarian impact of these changes, how the world overcomes loss and damage and compensates is crucial for the future of South Asia and all developing countries. As lives and livelihoods are at stake, countries in the region and elsewhere are pressing for a serious discussion of loss and damage at the global level in preparing for future disruptions, including their solutions.

How much loss and damage can South Asia face due to climate change?

South Asia already faces a huge financial burden from extreme weather events: India ranks seventh among countries most affected by extreme weather events in 2019, according to a survey by the non-governmental organization Germanwatch. It is said that in the same year, massive flooding caused damage equivalent to US$10 billion, killing 1,800 people and displacing about 1.8 million people.

Every year, India and other countries in South Asia also suffer a lot of damage due to tropical cyclones. Although increasingly sophisticated weather warnings have greatly reduced the number of lives lost, homes and livelihoods are always wiped out with each storm. Super Cyclone Amphan struck India and Bangladesh in 2020, causing an estimated US$14 billion in damage and displacing 2.4 million people in India and 2.5 million in Bangladesh. Such extreme weather events are becoming more severe and irregular as the climate warms, making it harder for meteorologists to issue timely forecasts as storm patterns change.

Why is the issue of loss and damage so controversial?

The issue of loss and damage has become a contentious issue in international climate negotiations due to the strong emphasis on liability and compensation. Developed countries – which have historically been responsible for the majority of greenhouse gas emissions since the industrial revolution – have been wary of any international agreement that could leave the door open to paying for loss and damage caused by their emissions.

What is said in the Paris Agreement on Loss and Damage?

Article 8 of the Paris Agreement signed in 2015 focuses on loss and damage. It states that signatories recognize the importance of “preventing, reducing and addressing loss and damage related to the adverse effects of climate change” and will enhance cooperation in implementing solutions applicable to them.”

The inclusion of language dedicated to loss and damage in the Paris Agreement, however, gave it a formal platform for which developing countries had long been pushing. However, the related language or speech has been written in accordance with the preferences of developed countries. Article 52 of the decision adopted alongside the Paris Agreement   states: “Article 8 of the Agreement provides no basis for liability or compensation.”

This means that the Paris Agreement leaves no scope for legal obligations on developed countries to address climate change-related losses and damages, and makes no mention of financial commitments to support countries facing significant losses.

How much money is spent on loss and damage?

While COP 26 ended without a formal financing facility to help countries with losses and damages deal with it, some independent efforts have been made to help vulnerable countries.

A group of philanthropic organizations led by the Children’s Investment Fund Foundation offered $3 million to finance loss and damage. In Cop 26, Wallonia, a region in Belgium, also pledged one million euros. In addition, Scotland pledged £1 million in aid.

How will Cop 27 deal with loss and damage?

As of the time this article is being written, loss and damage are not set to be on Cop27’s formal agenda. COP27 will be held in Sharm el-Sheikh, Egypt this year i.e. in November 2022.

The outcome of COP 26 and the Bonn conferences, however, have created momentum for negotiations to continue, and have cemented loss and damage as a key link in international climate diplomacy.

This article first appeared on The Third Pole.