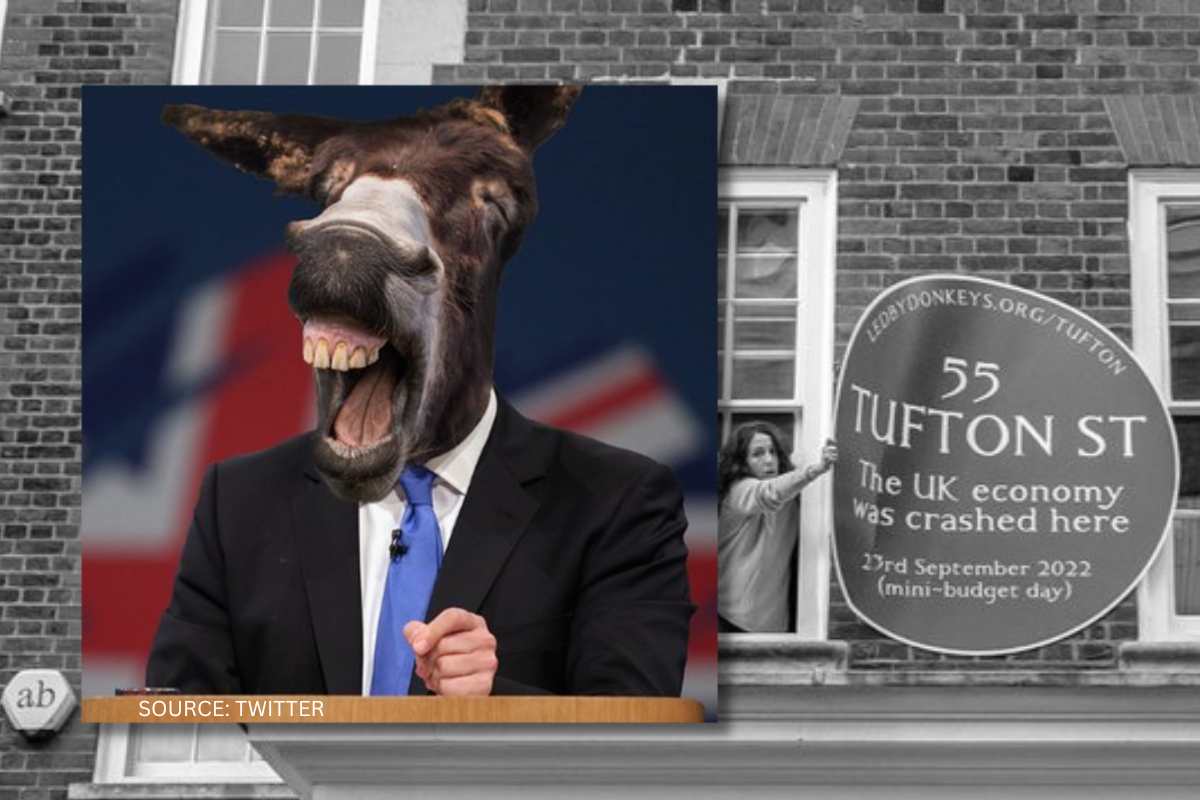 Led by Donkeys is a British political campaign group, established in 2018. It was set up as an anti-Brexit campaign. The first initiative by the group was to put a tweet by then ex-prime minister David Cameron of the United Kingdom, across a huge billboard.

“Britain faces a simple and inescapable choice – stability and strong government with me, or chaos with Ed Miliband”

The intention was to remind what the politicians have said, and the promises they have made to the public.

Four Friends and an Idea!

The four friends Ben Stewart, James Sadri, Oliver Knowles, and Will Rose were discussing the Brexit process, over a drink in their regularly visited pub. Later, the group of friends came up with an idea born from their collective despair over the “lies, lunacy, and hypocrisy” of the political climate of the UK. Basically, the idea was to confront the politicians and leaders with their own statements on big billboards. The idea seemed ridiculous at first to them. But, only in the span of a few days, they were “borrowing” advertisement spaces for their project. The act of defiance in a way felt like an activist project that was laced with humor.

In an interview, Ben Stewart said, “we actually think that laughing at some of these people has a great deal of political power and is so cathartic for us.” The infamous name #ledbydonkeys came from simply laughing at politicians because according to them it took away their power a little bit. The idea that seemed at first just an act of defiance soon became really engaging.

Soon after the photos of the first billboard were posted, thousands of people reached out to the media and supported the campaign.

Read More: Led By Donkeys show their faces at last: ‘No one knew it was us’ | Brexit | The Guardian

Most of their first few projects after the success of their David Cameroon tweet were exhibits of the hypocrisy of politicians and Brexiteers. They put up several tweets and real-life statements of supporters of Brexit on billboards across the UK. Statements like “I never promised it would be a huge success”, “The day after we vote to leave, we hold all the cards and we can choose the path we want” and “Brexit means Brexit and we’re going to make a titanic success of it”.

One of the most defining moments for the group was pulling out a huge banner over a crowd of over 1 million people who marched in London against Brexit. Now, no longer stealing advertisement spaces and funded by online donations, the group revealed their identities to engage in bigger projects.

The group has now magnified its reach with international projects and projections in Brussels, Scotland, etc. They now have not only worked on domestic projects but also taken over projects that support revolutions in other countries. One such instance is their recent project outside the Iran Embassy in London and their support for the women’s movement going on there.

The huge success of the project #ledbydonkeys points to the aspect of holding the people in power accountable. Sometimes, the hard-hitting activism that the founder’s Joe and Oliver were part of doesn’t work. The visual aspect of their project and the compatibility with social media helped their project to grow and get engagement naturally.