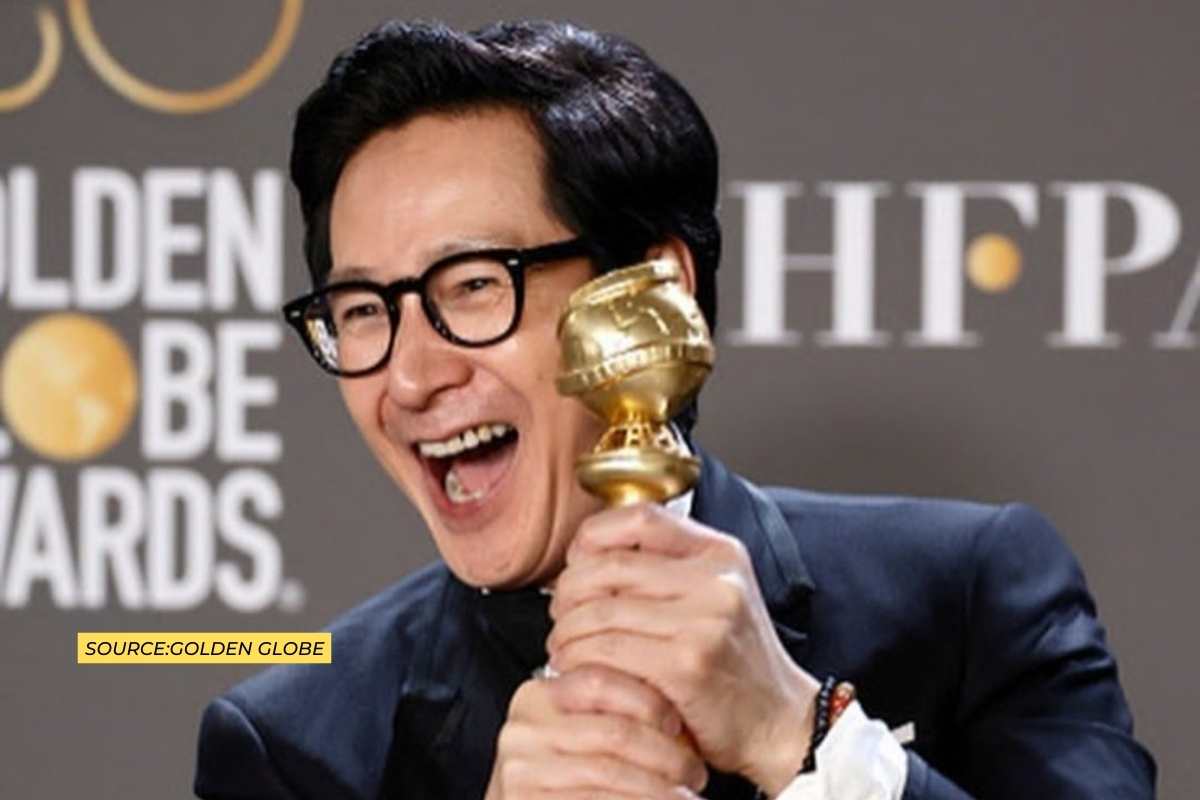 The award season is underway. The Gloden Globe has started a series of speculation on who might win the Oscars. Post the golden globes, there was once actor Ke Huy Quan whom everyone was talking about. His emotional speech after he won the best supporting actor went viral on the internet. The Chinese-American actor was seen crying on stage while he accepted his much-deserved award.

This won’t be the first time an actor has cried on stage while receiving an award. Then, how is Ke’s speech resonating with so many people on the internet?

What is the whole story?

Ke’s started his Hollywood career with the multi-million project ‘Indiana Jones and the Temple of Doom’, in 1984. As he stated, this was the first time that an Asian face was highlighted in Hollywood. He claims that was a dream start. The actor then starred in another adventure film called The Goonies, 1985. Both the films were backed by the biggest Hollywood personalty-director Steven Speilberg.

With such a dream start, his career didn’t take off. Hollywood wasn’t offering good roles to people of Asian ethnicity. He said, he waited for years but no one called him for better roles. Hence, he took a step back and enrolled himself in a film school. Post the film school, he kept working behind the camera. Ke’s IMDB has so many credits to his name.

Also Read:  Who won what at the Golden Globe Awards 2023? full list

Cut to 2018, Crazy Rich Asians was released. When Ke watched it, he thought he wanted to act again. Simultaneously, Hollywood was ready to have Asians as the lead in a movie. Then, he hired an agent. Within a few months, he got an audition for a film i.e. Everything Everywhere All At Once (EEAAO).

EEAAO is the biggest sleeper hit of last year. Everyone was talking about the film. The film focuses on the Chinese immigrant in America and the generational conflict among the family. At the center is the mother-daughter relationship with a fight between universes a.k.a multi-verse.

Let us focus on Ke’s character(s). Ke plays Waymond, and more. I will not spoil it. Initially, his character is easy to dismiss. But, things progress and other universes become part of the narrative his character(s) stand. This is commendable as the film stars Jamie Lee Curtis, Michelle Yeoh, Stephanie Hsu, and more. How he prepared for that role(s), is another fantastic story in itself. For starters, he picked an animal for each of his characters and used to copy their process as part of the preparation for the role.

I personally believe, he deserves all the praise. Such an incredible, and sublime performance. Each character is so distinct yet similar. Above all, his real-life innocence also lingers in his performance.