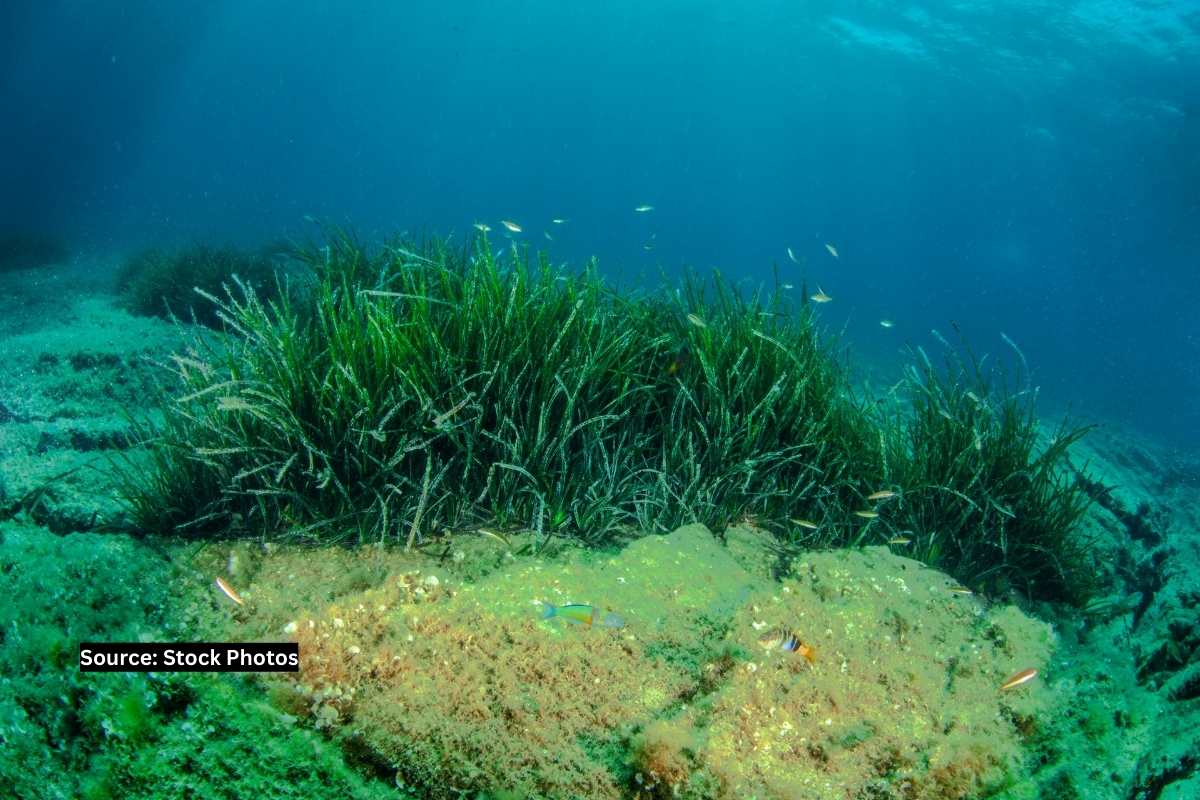 Blue carbon is the term used for carbon that is trapped by oceans or coastal ecosystems. These ecosystems sequester carbon from the atmosphere and water into the branches, leaves, roots, and the underlying soil of the trees. Hence, it is found in ecosystems such as mangroves, tidal and salt marshes, seagrasses, and coastal meadows. Such ecosystems are extremely helpful in protecting us from devastating phenomena such as storms and extreme flooding along the coast.

Read more: What is Blue Carbon?

These are the most productive ecosystems, and also called ecotones. They are also among the most threatened globally.

It has been estimated that despite occupying less than 5% of the global surface area, and less than 2% of the ocean, coastal wetlands store about 50% of all carbon buried in ocean sediments.

Due to the slow decay of plant and organic matter, these ecosystems store way more carbon than they naturally release. Plants are known to absorb carbon during photosynthesis. Furthermore, when the plant or its dead parts like leaves and roots decay, the carbon from that decaying matter is locked into the soil.

With excessive storms and cyclones bombarding the coastlines of the world, coastal wetlands and mangroves provide relief by acting as a buffer against storms and floods.  This increases the resilience of coastal communities and ecosystems against threats that result from climate change.

Seagrass ecosystems are also eminent in absorbing excess carbon from their surrounding which helps in reducing ocean acidification, which protects marine life and organisms.

Apart from sequestering about 1,940 pounds of carbon per acre annually, salt marshes also absorb up to 1.5 million gallons of floodwater annually. Seagrasses store an estimated 10% of organic carbon sequestered in the ocean per year. Mangroves on the other hand can sequester an estimated 2,016 pounds of carbon per acre annually. With the rapid destruction of blue carbon ecosystems globally, having lost about 35% of their global cover, and the rise in carbon emissions, the protection of these carbon sinks is of great importance right now.

The island nation of Seychelles is one country that is assessing the role that blue carbon ecosystems can play in meeting its goals under the Paris Agreement. The vulnerability of these ecosystems has also been pointed out in IPCC reports. Furthermore, it needs to be protected against anthropogenic interventions in order to reduce the impact of climate change. A revision of the Nationally Determined Contributions (NDCs) by countries by the inclusion of coastal ecosystems and their adequate conservation can be considered an important asset in preserving these carbon sinks on a global scale.