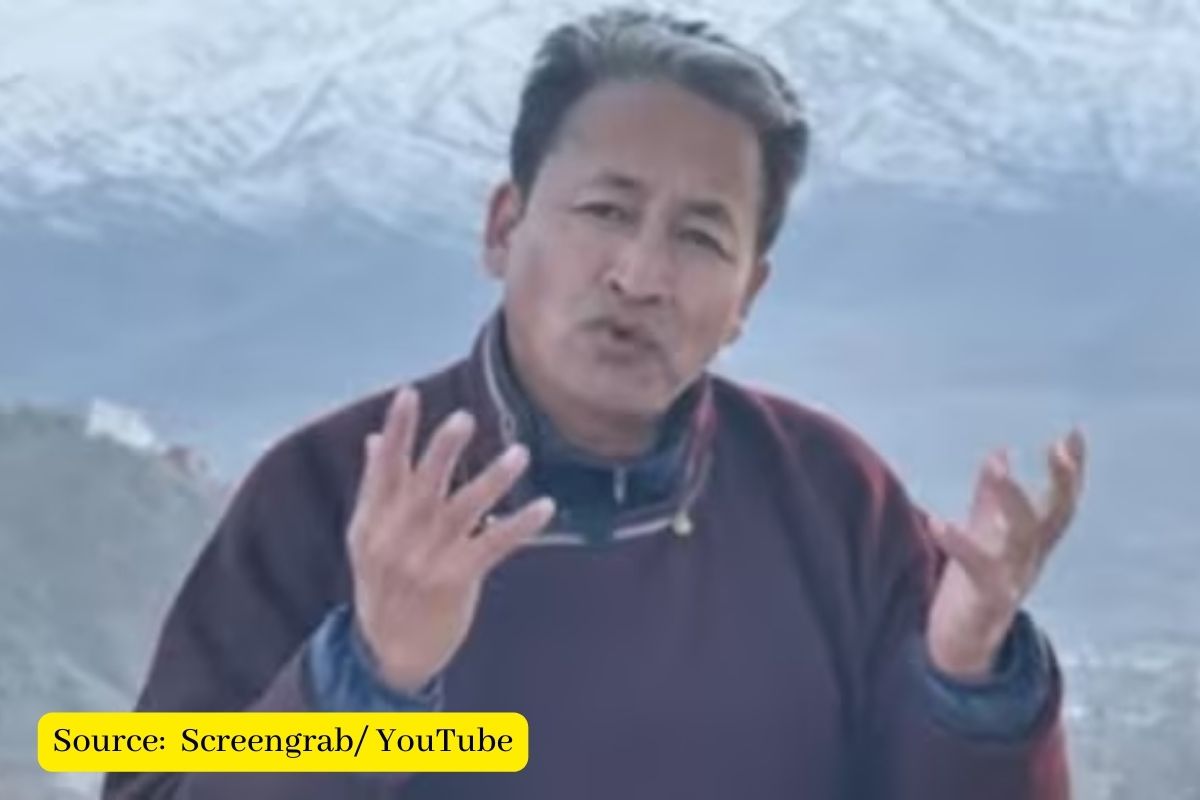 Ladakhi icon and education reformer Sonam Wangchuk will start a five-day fast on Republic Day over climate issues related to Ladakh. He has appealed to Prime Minister Narendra Modi to step in and protect the environmentally sensitive region of Ladakh under the sixth program of the Indian constitution.

In a video titled All is not well in Ladakh, Wangchuk said: “Here the temperature drops to -40°C. I will go on a hunger strike in the shadow of these glaciers, standing in solidarity with them to give a message to the world. If I survive, I’ll find you again”.

“If no measures are taken, industries, tourism and trade will continue to flourish in Ladakh and will eventually end. Recent studies by the University of Kashmir and other research organizations have concluded that the glaciers in Leh-Ladakh will end almost until 2/ third, if they are not taken care of properly. A study by the University of Kashmir found that glaciers encircled by roads and human activities are melting at a comparatively faster rate,” Wangchuk said.

In the 13-minute video, Wangchuk said: “The people of Ladakh are stunned that the government that responded to their 70-year demand for a union territory has not paid attention to this demand,” he is heard saying in the clip, while raising concerns about the likelihood of companies expanding into a union territory, further increasing the burden on limited resources, including water.

“Mining and such activities could melt the glaciers. Also, Ladakh is strategically important for the military and has played a role in Kargil and other wars.”

Additionally, he called on children to avoid wasting food and clothing, since it technically harms the environment in return.

Furthermore, emphasizing the need to embrace sustainable development, the engineer-turned-education reformer appealed to Prime Minister Narendra Modi to ensure the protection of Ladakh and other Himalayan regions from “industrial exploitation.” He will contribute to safeguarding people’s lives and jobs, he added.

“I call on Prime Minister Modi to provide protection to Ladakh and other Himalayan regions from this industrial exploitation as it will affect and safeguard the lives and jobs of the people.

However, I believe that apart from the government, the people too must be equally concerned about climate change and watch over measures to mitigate it,” he said, emphasizing that in order to adapt to a sustainable way of life, resources are used to meet development goals and are preserved for future generations to that nature can continue providing its resources and services to human beings.