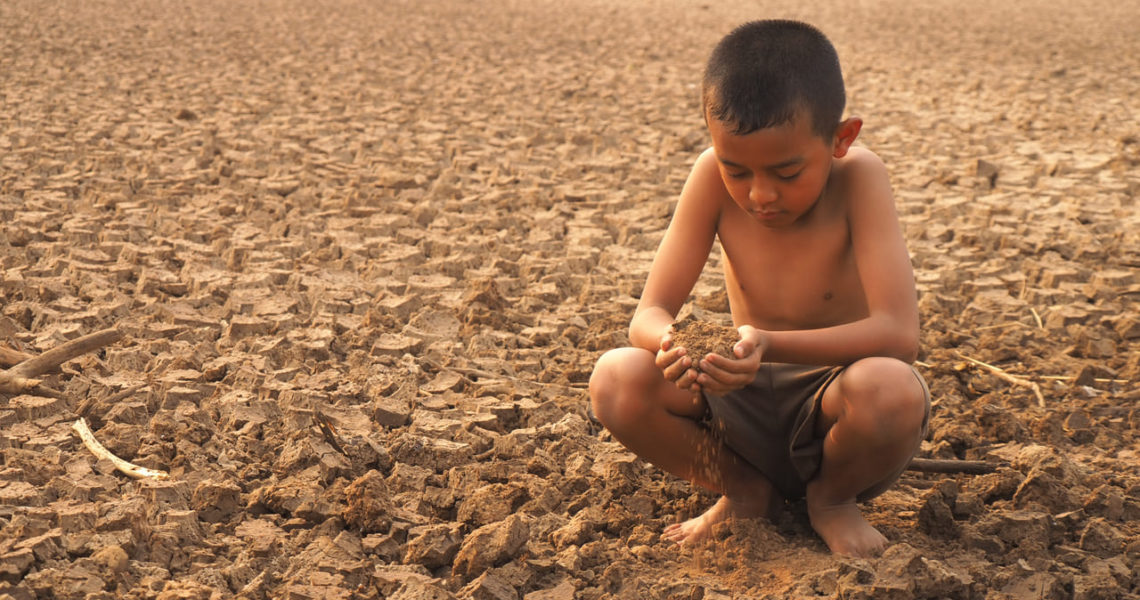 Ground Report | New Delhi: India’s global hunger index; Nutritious food is considered essential for a healthy life, but some 300 million people, or about 40 percent of the world’s population, do not have enough money to buy nutritious food.

This is according to a report released at the United Nations Food Systems Summit 2021 in Rome on July 26-28.  The report was jointly released by Food Price for Nutrition, Tufts University, and the World Food Program.  According to him, the incidence of diseases is increasing all over the world due to a lack of nutritious food.

Many people are deprived of nutritious food because they cannot afford it.  The market price of agricultural products alone is not responsible for this.  There has also been a significant increase in the cost of preparing food.

The report estimates the price of dinner plates in 168 countries.  It found that the cheapest dish cost 0.71.  It does not include the cost of cooking.  However this dish does not meet the nutritional needs of the diet.  Including protein-rich red meat increases the price by dollar 1.03, including chicken by Dollar 1.07 and by including fish by dollar 1.30 dollar. (India’s global hunger index)

It further states that the international poverty line is dollar 1.90 per day, but poor families cannot afford to spend that much on food.  In a quarter of countries, the price of a cheap plate is about six percent or more of the average daily income.  For cooked food, the price goes up by 20 percent.  If meat is included in the diet, the price goes up by 10%.  In such a situation, people do not have the ability to buy healthy food.

The problem of hunger in the world is serious.  The biggest contributor is Covid-19.  The latest Food and Agriculture Organization (FAO) report, The State of Food Security and Nutrition in the World 2021, estimates that 81.1 million people will face starvation by 2020.  In other words, every tenth person in the world is hungry.

According to the FAO, large-scale efforts are needed to eradicate hunger from the world by 2030. The FAO has been assessing hunger in the Corona period.  The report was published on July 12 by the FAO, the International Fund for Agricultural Development (IFAD), the United Nations Children’s Fund (UNICEF), the UN World Food Program and the World Health Organization.

In a joint statement, the heads of the five UN bodies said, “This year’s report shows that the devastating effects of COVID-19 on the global economy are leading the world to an unprecedented recession.”  This is the first such recession since World War II.  In such a situation, the food security and nutrition security of millions of people, including children, is threatened.  If we don’t take drastic steps, the situation will get worse. ”  He further writes that, unfortunately, Corona has exposed the flaws in our food system.  It threatens the lives and livelihoods of people around the world.

ALSO READ: “The horrific image of Lakhbir Singh’s dead body should haunt each of us”

In 2020, 72 to 81.1 crore people went hungry, which is 16 crore more than in 2019.  2.37 billion people will not get enough food by 2020.  No part of the world has escaped starvation.  Inflation, poverty and unavailability of healthy food, economic inequality are depriving three billion people worldwide of food.  The problem of malnutrition among five-year-olds in Africa and Asia has become very serious.  Over the past 10 years, climate change and the economic downturn have intensified, with epidemics exacerbating the problem.  As a result, hunger is on the rise in low- and middle-income countries.  Due to economic sanctions such as lockdown in 2020, hunger worldwide has increased faster than in previous decades.

In the recently released Global Hunger Index, India is ranked 101st out of 116 countries in the world.  It clearly shows how serious the hunger situation is in our country.  In particular, we are lagging behind neighboring Pakistan (92), Bangladesh (76) and Nepal (76).  India was ranked 94th in the 2020 Hunger Index.

The index report was published on 14 October 2021 by Concern Worldwide and Welt Hunger Hilf.  Compared to 2020, the situation of child mortality has improved 2021.  However, the situation is the same in terms of sex, proportion, weight, and obesity of children.

The central government has raised questions over the report.  The Ministry of Women and Child Development has also questioned the report, saying, “It is shocking that the World Hunger Report 2021 has placed India below the Food and Agriculture Organization (FAO) estimates of malnutrition.”  This report is not based on facts.  Worldwide and Wealth Hunger Hilfe didn’t do the right thing. ‘

According to the government, the Food and Agriculture Organization (FAO) has not used any scientific method to measure malnutrition.  As such, per capita food availability during this period.  While weight and height measurements are required to measure malnutrition, the method used is based entirely on estimation.  Not only that, but the report ignores the government’s efforts to ensure food security for the entire population during the Covid period.  There were no questions about whether the survey participants received food aid from the government or other sources.

An earlier report by Oxfam called “Hunger Virus Multiplex” raised concerns about the global problem of hunger.  According to this, about 11 people are dying of hunger every minute around the world.  About 15.5 crore people are facing a severe food crisis.  The report lists India as a ‘hunger hotspot’.  As of 2020, about 190 million people in India are malnourished.  At the same time, about one-third of children under the age of five are not developing properly.

Unfortunately, on the one hand, the government is not serious about this problem, on the other hand, the people are not changing their habits.  It is estimated that every person in the country wastes about 50 kg of food every year.  And 18.9 crore people (14 percent of the population) are still malnourished.  According to the Food Waste Index Report 2021 released by the United Nations, about 6.88 crore tonnes of food is wasted in India every year.  It’s not hard to stop this mess, you just have to change your habits.  Take as much food as you need on the plate.  Buy what you need.  Stop storing unnecessary food.  Understand the importance of food.  This is the most important thing.  While wasting food, it should be kept in mind that many people go to bed hungry because of this lack of food.