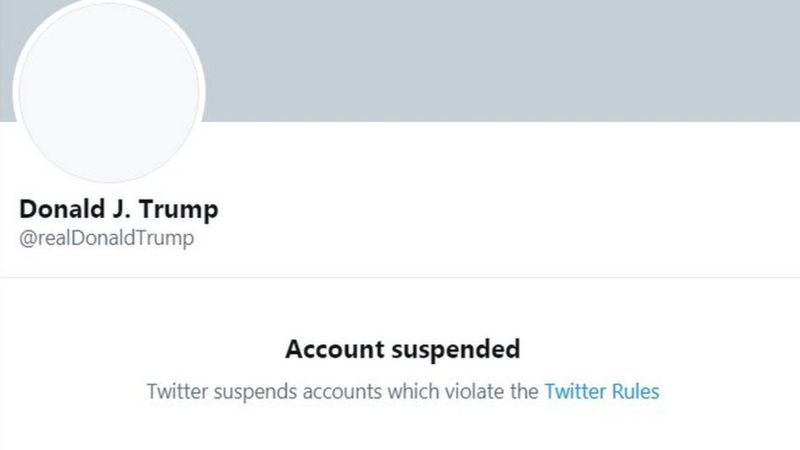 The social networking site Twitter has announced the permanent closure of US President Donald Trump’s Twitter account, saying it was done in view of the risk of further incitement to violence.

Twitter says the decision was made after a careful review of recent tweets and context by Donald Trump. The day before, President Trump’s account was locked for 12 hours.

On the occasion, Twitter made it clear that if Trump violated the rules of this platform again, the ban would be imposed on him permanently.

President Trump is thought to have made several tweets on Wednesday calling the attackers on Capitol Hill “patriots.”

Leading gaming platform Touch has also banned President Trump’s channel indefinitely. He used to broadcast his meetings and rallies through it.

President Trump has announced that he will not attend President-elect Joe Biden’s inauguration on January 20.

Confirming his decision, he said in a tweet that he would not attend the swearing-in ceremony on January 20.

US President Donald Trump will be the fourth president in history not to attend the inauguration of the newly elected president.

The last time this happened was in 1869, when Andrew Johnson refused to attend the inauguration of newly elected President Ulysses Grant.

ALSO READ: These rules related to WhatsApp, calling and Twitter will change from January 1

According to some media reports, Trump was planning to go to his golf course in Scotland at the time, but the head of the Scottish government, Nicola Sturgeon, has said that she will not allow him to enter the country.

Trump said in a statement the day after his supporters rioted on Capitol Hill that he was committed to a systematic transfer of power, but his opponents did so before his term ended. Demanding removal.

President Trump’s statement was posted on Twitter and is being seen as his first public acknowledgment of electoral defeat.

The remarks by the US president come at a time when the Democratic Party has demanded that he be removed from the presidency before his term expires.