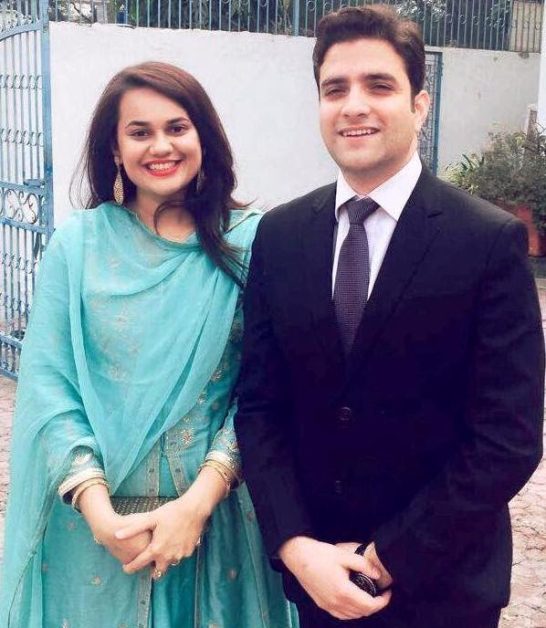 There were reports of tension in their relationship in the news a few days ago when Athar Aamir unfollowed Tina Dabi on Instagram. Also, Tina Dabi had also removed Khan from her name on her social media account, after which the news of their separation began to emerge more rapidly.

Now Tina and Athar have confirmed the news of distance in their relationship by filing for divorce.

Tina and Athar got married in the year 2018. Their marriage was also in the news at that time. Because both of them did inter release marriages. While many big personalities praised his decision.

Tina and Athar came close to each other during training and then decided to get married. It is said that Athar had proposed to her at an event and after a few days went to her house to talk about marriage. Currently Tina is working as Joint Secretary in Finance Department while Aamir is posted as CEO EGS.

When Tina and Aamir were about to get married, the Hindu Mahasabha objected to the wedding and named the wedding a plot of love jihad. Now, after two years of marriage, the news of divorce has again boosted the conversation on this issue.

From her childhood, she was very intelligent and extraordinary in studies. She secured 100% marks in History as well as in Political Science in her 12th standard ICSE exams. She completed her graduation (Bachelor of Arts in Political Science) from the ‘Lady Shri Ram College for Women,’ New Delhi. In 2016, she passed the IAS exam in her first attempt, with 52.49% marks.

13 thoughts on “Topper from school to UPSC, story of IAS Tina Dabi reached court for divorce”