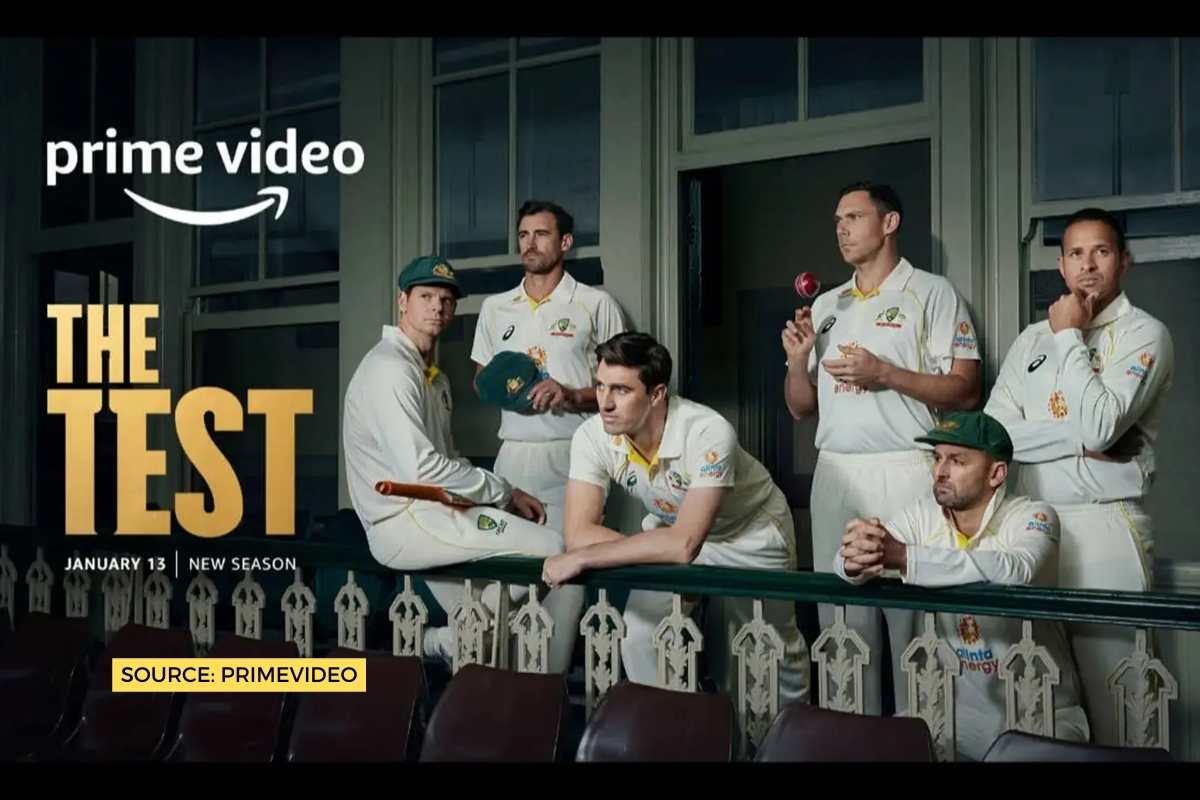 I will talk about both seasons, starting with the second.

The documentary begins after Australia’s shameful loss to the technical India B team in 2020-21. The team is devastated. The one of makers of this new Australian team, Captain Tim Paine steps down from the post. This happens days before the Ashes Series, against England. And, there are conflicts with the head coach Justin Langer.

FYI, Ashes Series is the biggest series in the Aussie calendar.

This four-part season two is more personal than the first. The documentary isn’t just about the changing room of the team but also reflects what each one stands for in their personal lives. The Aussies tour Pakistan after 24 years, while every other cricket-playing nation said no. The team also tours Sri Lanka amidst the economic turmoil of the island nation.

Not just this, but there is a great exploration of some of the players’ personal journeys in the documentary. I was very invested in Usman Khwaja’s personal journey. A lad from Pakistan gets into the Aussie side at the age of 35 and ushers Australia to a victory in the subcontinent after decades.

The Test: Season one

Australia is the bad boy of cricket. They have dominated the game, across formats, for decades. Few of the greatest players have come from that part of the world. For example, Don Bradman, Alan Border, Glenn McGrath, Shane Warne to name a few. As a cricket enthusiast, it is interesting to know more about the inside happenings of the same. Particularly, what makes this so fierce, and great at the game?

At the same time, this is not a great Australian team. This team is trying to find its footing after the sandpaper gate. Now, the Australian team has to gain the respect of the entire sports fraternity, apart from winning matches.

Wicket-keeper Tim Paine becomes the captain of the Test side, while Aussie legend Justin Langer gets the head coach role. There are ups and downs, but the team is steady towards the end.

The first season has eight episodes. Few of them have India, and they are just a delight to watch.

After watching this documentary, I wanted to watch more sports documentaries. There were a few produced about India’s remarkable win over Australia. But, they could barely match the class of this documentary series. I somehow, waited for The Test to come on Prime, as I anticipated the India series to be part of it.

Even, Netflix tried their hands on a cricket sports documentary with Cricket Fever. In the documentary, the team followed Mumbai Indians in one of the IPL seasons. There haven’t been any season two announcements, as far as I know.

There are a few more sports documentaries on my watchlist, one of them being about Ben Stokes. I hope, India also produces a good documentary about some of the Indian players, maybe Suryakumar Yadav.

If you have any sports documentary recommendations, comment below.