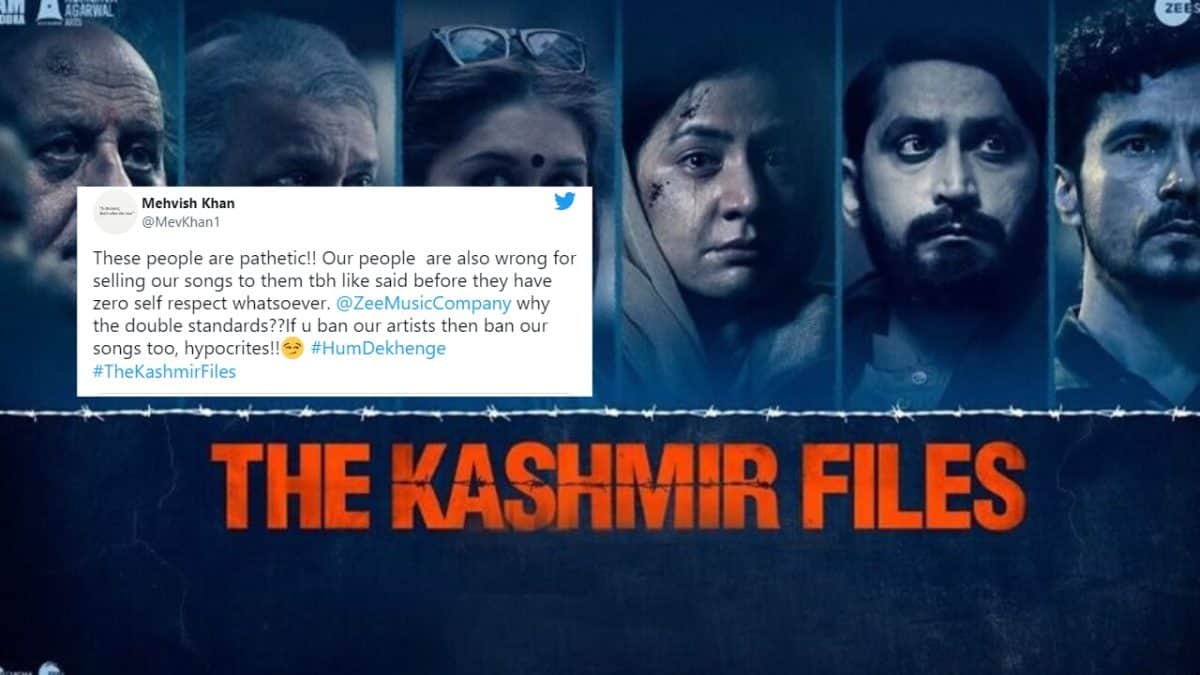 The film follows the exodus of the Kashmiri Pandits during the Kashmir uprising in the 1990s. Screenings of The Kashmir Files in India led to anti-Muslim chanting in cinemas. Director Vivek Ranjan Agnihotri also stated that permission was requested to use the song. In response to accusations of plagiarism on Twitter, Vivek Agnihotri wrote: “We have officially taken away the rights to Faiz Sahab’s poetry from Faiz’s House in Lahore. Please don’t spread fake news.”

People are outraged by the misuse of Faiz Ahmed Faiz’s poetry. The user wrote: “Even Faiz is not spared in the BJP’s quest to distort history and promote this revisionist propaganda. Another wrote: “Faiz must be rolling over in his grave today. An anthem against oppression and resistance, used in a propaganda film against the oppressed. Faiz ko tu baksh daitai! 🙏🏼”.

A user tweeted, “Faiz sahab joined the British Army to fight the Na%is. He was a committed Marxist and the greatest voice against oppression and exploitation. His poem, which is a symbol of resistance against religious fundamentalism with Marxist metaphors is [being] used by neo-Na%is for propaganda.”

A netizen added, “Orwell’s 1984 illustrates how evil can co-opt symbolisms of good like ‘war is peace’ or [how] Hitler, Na%is used the Swastika, a symbol of divinity and spirituality in Buddhism etc. Absolutely disgusting, an insult to Faiz sahab. India needs soul searching.”