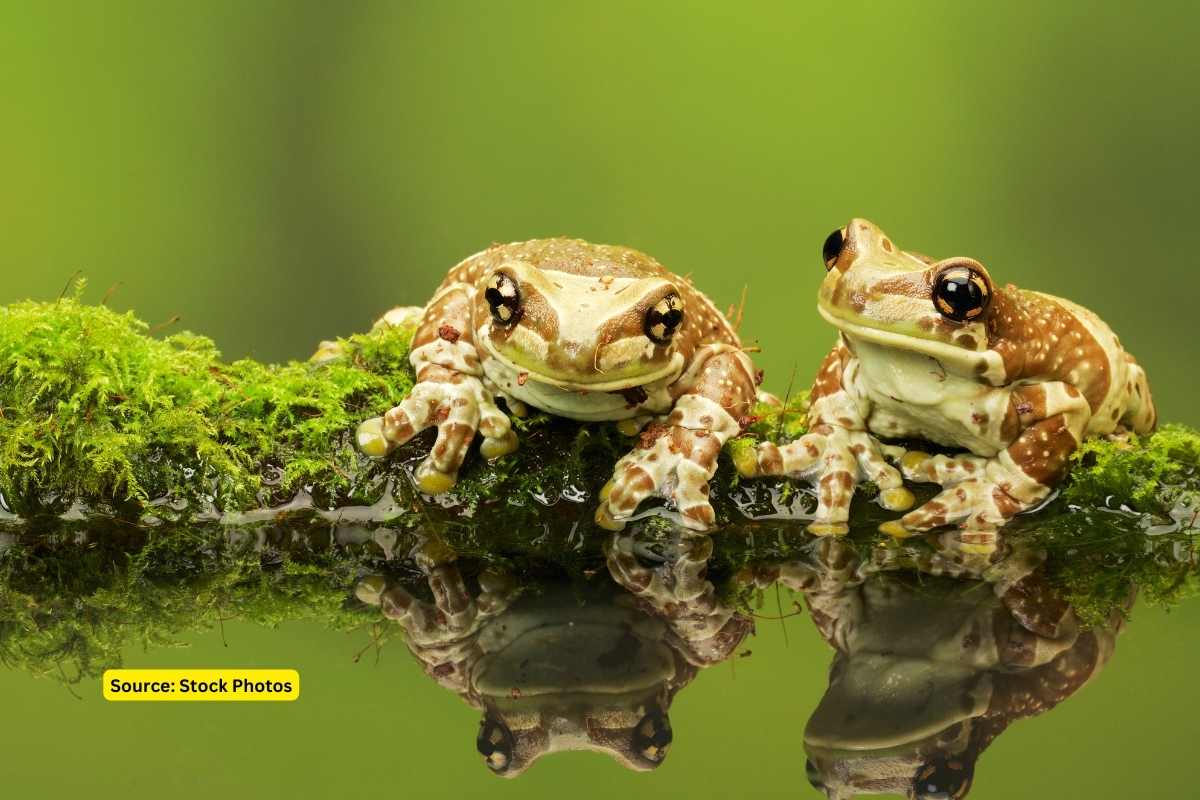 Amphibians like frogs, toads, and salamanders are called indicator species. According to National Geographic, an indicator species is an organism that reflects the condition of the environment around it. These indicator species are the first in the ecosystem that is affected by a particular change in the environment, such as a warming climate, pollution, human development, and other environmental degradation. By monitoring changes in their behavior and the number of them, scientists can monitor the health of the whole environment.

Since frogs have the ability to exist both in and out of the water, they are fantastic indicators. When these frogs are numerous, their predators can feed themselves well and produce robust progeny. It is quite noticeable when frog populations are declining. Predators’ population decreases and flies and moths that frogs feed on the increase in number.

Frogs are super sensitive and they have thin, moist skin that breathes. The skin of a frog is quite unique and lets water enter their bodies. When they come in contact with contaminated water, their skin tends to absorb toxins in the environment such as pesticides, medicines, fertilizers, and other pollutants.

Often pesticides and fertilizers leech off into the nearest water bodies from agricultural fields. Researchers have found that exposure to these pollutants results in disruption of sexual development and other deformities. Another study has found that eggs are affected by UV radiation in regions with a thin ozone layer. The entire ecosystem is impacted as frog habitats are lost due to development, weather variations, logging, and pollution. Frog research reveals when waters are contaminated and alerts us to how alterations in the environment impact cell growth. On some mining and industrial sites, surveys of frogs in the local area have been used to detect accidental pollution of waterways.

Since the 1980s, a decrease in amphibian populations including population decline and localized mass extinctions has been observed globally. According to the World Wildlife Fund’s Living Planet report 2020, global mammals, fish, birds, reptiles, and amphibians have declined an average of 68% between 1970 and 2016. One of the biggest threats to biodiversity around the world is known to be this reduction in numbers.

We have to focus on working to save these species which are native, and important to the ecosystem. We have to actively try to educate ourselves about these species, and help increases their population.