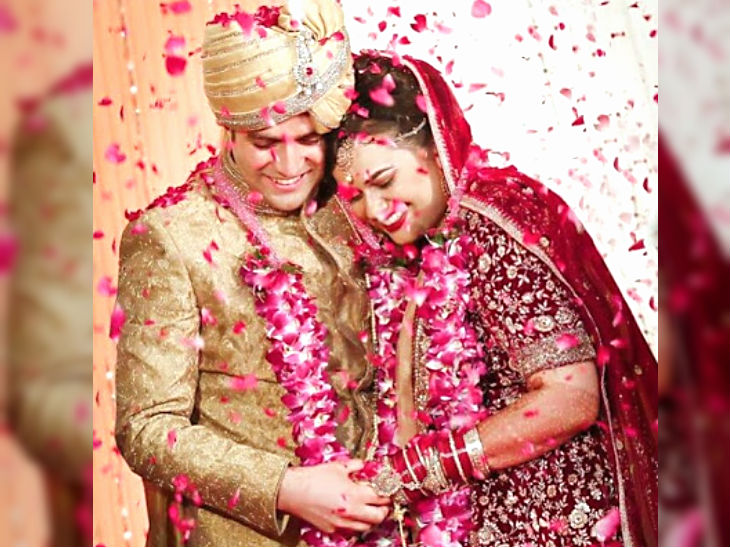 IAS couple Tina Dabi and IAS Athar Aamir Khan, who topped the UPSC, are in the news these days. The buzz is that after getting married in 2018, both are going to get divorced. Both Athar Aamir and Tina dabi has filed for divorce in the Family Court of Jaipur.  Now, social media users begun to blame the curse of the Taj Mahal for the failed marriage of two young IAS officers.

One user took to Twitter to highlight the names of other celebrity couples who had parted ways after posing at the Taj Mahal. They included Russian President Vladimir Putin, German tennis legend Boris Becker and American singer Katy Perry.

In 2000, former Russian President Putin had visited the Taj Mahal with his then-wife Lyudmila, who he divorced in 2013. Putin and his wife, Lyudmila, had SA is that their 30-year marriage was over, confirming longstanding speculation that they had separated.

Becker, a three-time Wimbledon champion, had visited Taj Mahal in 2012 with his wife Lily. Becker divorced his wife for 13 years in 2018, six years after they visited the monument of love.

British comedian Russel Brand visited Taj Mahal in 2009 with her girlfriend Katy Perry, and proposed her at historical site Taj Mughal. Months later, both got married and after their marriage both get Disvoced after 14 months.

IAS officer Tina Dabi, she got married to Athar Aamir Khan in 2018 before adding Khan to her surname. Tina had travelled to Agra with husband Athar Aamir to visit the Taj Mahal. Now after two years of marriage both file divorce in Jaipur court.

In 2015, IAS Tina Dabi and her husband Athar Aamir Khan, who topped the UPSC, have decided to divorce for separation. For this, both of them have also filed for divorce in Jaipur’s Family Court with mutual consent. Tina and Athar came close to each other during training and then decided to get married.