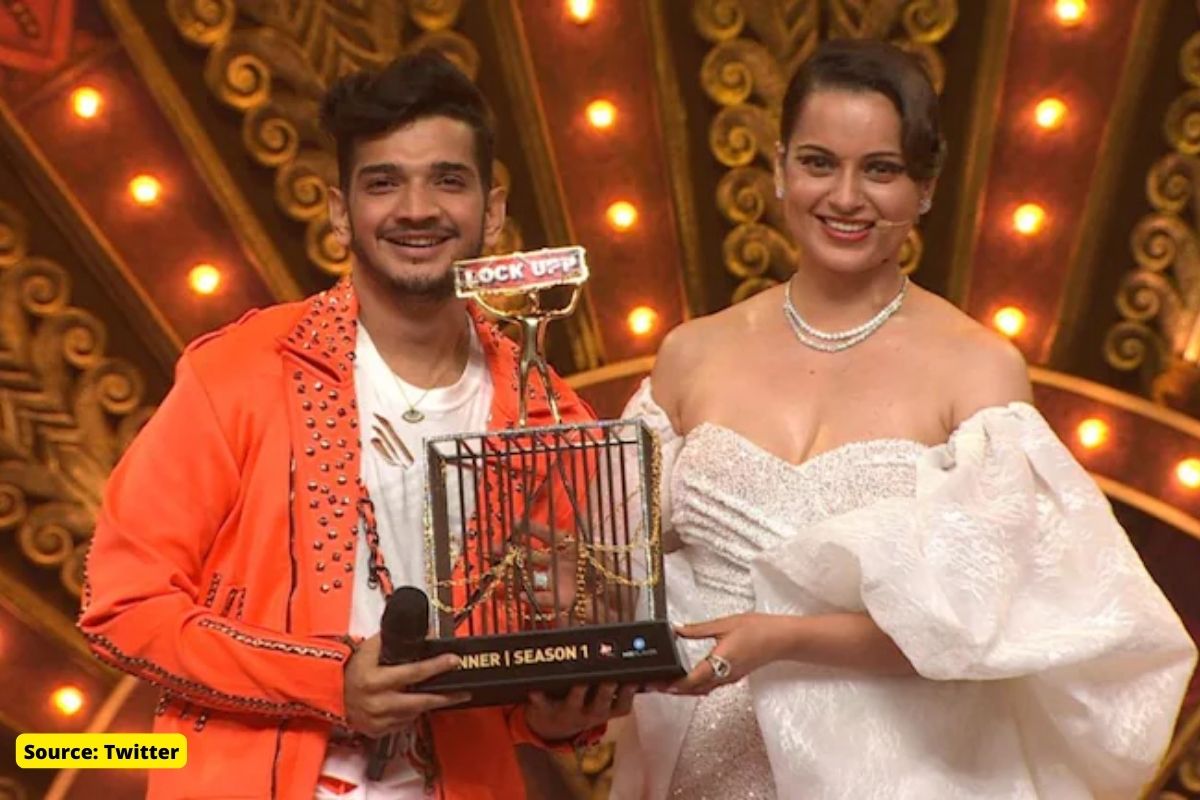 Stand-up comedian Munawar Faruqui has become the winner of the reality show Lockup. In this Kangana Ranaut show, Munawar was already considered a strong contender.

At the grand finale held on Saturday night, Kangana Ranaut announced the name of the winner. Apart from Munawar, Anjali Arora, Payal Rohatgi, and Shivam made it to the final. However, Munawar Faruqui’s journey has not been as direct. Let’s take a look at Munawar’s journey.

On January 1, 2021, as the world celebrated the New Year, a Gujarati comedian who made millions laugh was jailed.

This is the year 2022 and once again this comedian Munawar Faruqui was sent behind ‘Lock Up’ but this ‘Lock Up’ is not the year 2021, but a reality show, which is hosted by an actress Kangana Ranaut.

Lock Upp which aired on ALT Balaji and MX Player has finally come to an end after 70 episodes. And we have a winner: Munawar Faruqui! Well-known faces from the world of television and social networks started in the program, which premiered in February.

The last battle was between six finalists: Munawar Faruqui, Prince Narula, Azma Fallah, Shivam Sharma, Anjali Arora and Payal Rohatgi. And Munawar Faruqui went on to bag the winner’s trophy. Payal Rohatgi was the first finalist. Along with the trophy, Munawar took home prize money of Rs 25 lakh and a car.

Munawar was one of the most entertaining contestants on Lock Upp. The fans loved him for his game strategies and honesty. Aside from this, there would also be a lot of talk about his camaraderie with Anjali Arora.

In the lockdown program, Munawar was seen telling many things about his childhood. However, Faruqui told this when, according to the format of the program, some secret related to his life had to be told.

Munawar had said on the show: “I was six or seven years old, when I was continuously sexually abused for about four or five years. There was a close relative and you can’t talk. You don’t understand anything. Fourth-year They probably felt it was too much and now they should stop. So that stopped. I never told anyone about it. Once I realized that my father found out, then he scolded me.”

After telling this secret about Munawar, Kangana Ranaut also told about the sexual abuse he had with her in childhood. On this show, Munavvar also shared the incident related to the death of his mother.

Munawar had said: “One day I came to know that my mother’s health was bad. I rushed to the hospital. As soon as I arrived at the hospital, I saw the mother crying. I asked the family members what happened to the mother. . He gave medicine. But it didn’t matter. Then one of my older mother came and said, “Your mother has drunk acid. I told this to a family nurse. The doctor came. I thought everything would be fine. Then there came a time when the doctor He said, “Leave my hand. My hand was freed and then I knew that Ammi had died.”

Munawar Faruqui, 30, was born in 1992 in Junagadh, Gujarat. Munavvar explains in several videos that his house was also included among those that were destroyed in the Gujarat riots in 2002.