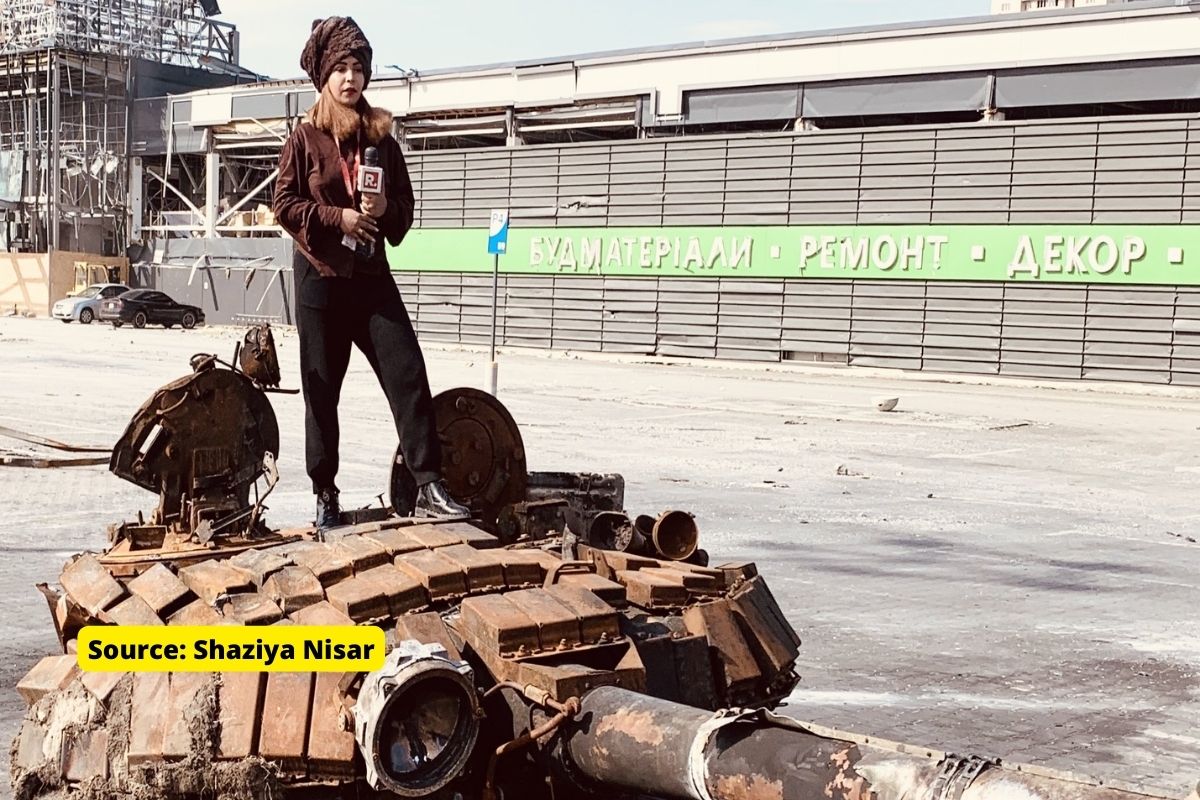 Republic TV reporter Shazia Nisar’s video of Ukraine reporting is viral on social media. Shazia Republic is a very courageous reporter from India. But her reporting style is making people laugh. People on Twitter have made fun of her video. Reporting in the war zone has to be done in a very sensitive and serious manner. But Shazia’s reporting styleseem sensational and non serious.

Who is Shazia Nisar, What she said after video went viral?

Shazia Nisar is a News Anchor at Arnab Goswami’s Republic TV. She is currently covering the Ukraine war for the channel. After her video went viral she said ” I am a girl, but I am in a war zone” So do not advise me.

Now it is not known whether the reporters in Republic TV have been instructed to report in this particular style, or they are doing it themselves. Let us tell you that Republic TV is known for sensational news and rhetoric journalism. Here, from anchor to reporter, everyone shouts. Reporting here without shouting cant be seen. General news is also told in a loud voice so that the viewer can not look away from the TV in fear.

However, reporting in the war zone is an act of courage in itself. Shazia has shown this courage in such a condition, for this, she should be praised. This work is very risky. Journalists around the world are currently covering the Ukraine war. If you open any foreign channel, you will see how seriously and calmly reporting is done. It is certain that when journalists from other countries see the reporting of Republic TV, they will laugh.