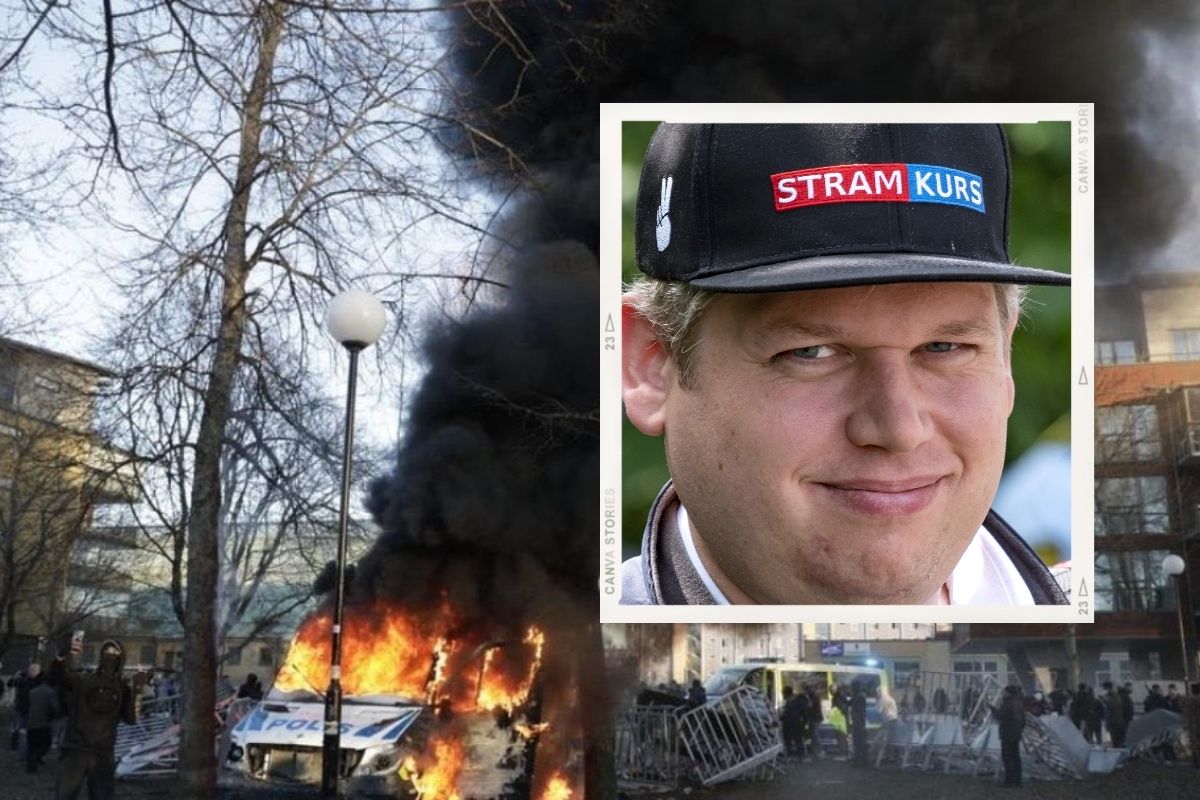 Riots have erupted in peaceful Sweden, which is considered communally calm. This happened when the people of the Muslim sect were protesting against the right-wing party leader Rasmus Paludan in Orebro in central Sweden. Rasmus is far right extremist who is regularly organising Quran Burning ceremonies in Sweden and Denmark.

According to local media, about 200 people were involved in this protest. Violence took place in the evening when police was trying to disperse the protesters. They were protesting against anti Islamic activities in the country. It was the second day that people took to the streets in Sweden against Rasmus Paludan, the leader of Stram Kurs, an anti-immigration and anti-Islamic organization. Protesters alleged that current government is protecting extremists like Rasmus.

Nine policemen injured in this riot. The policemen have suffered a lot due to stone pelting during the violence.

Reacting to the violence, Swedish Prime Minister Magdalena Andersson said; “In Sweden, people are allowed to express their opinions, whether they are in good or bad taste, that is part of our democracy. No matter what you think, you must never resort to violence. We will never accept it.”

Swedish Prime Minister Magdalena Andersson said, you are opposing Rasmus Paludan, but by violence you are strengthening his intentions. He wants that hatred among the people should grow.

Who is Rasmus Paludan?

Paludan has regularly been at the center of incidents in recent years. In November 2020, he was arrested in France and deported. Rasmus Paludan is a Swedish citizen, and a lawyer by profession. He founded the party Stram Kurs in 2017 which means extremist. This party is built on Islamophobia and anti-immigrant ideology. He is very popular among the far right people.

It describes itself as the largest patriotic party in Denmark. It won 1.8 percent of the vote in Denmark’s 2019 elections. Which tells that at present its popularity is not high in the country.

In a video from last year, Paludan was heard saying that he wants to erase the name of Muslims from the world. In August 2020, Stram Kurs held a Quran burning ceremony in the Rosengård district of Malmö, which was followed by violent protests.

The Muslims of Sweden are demanding an amendment to the country’s constitution to ban discrimination on religious grounds so that a party like Rasmus’s Stram Kurs cannot take root in the country.

The Muslims of Sweden also accuse the current government of supporting Rasmus. For this reason, when Sweden tried to suppress the protest of Muslims, the country came under the grip of riots.