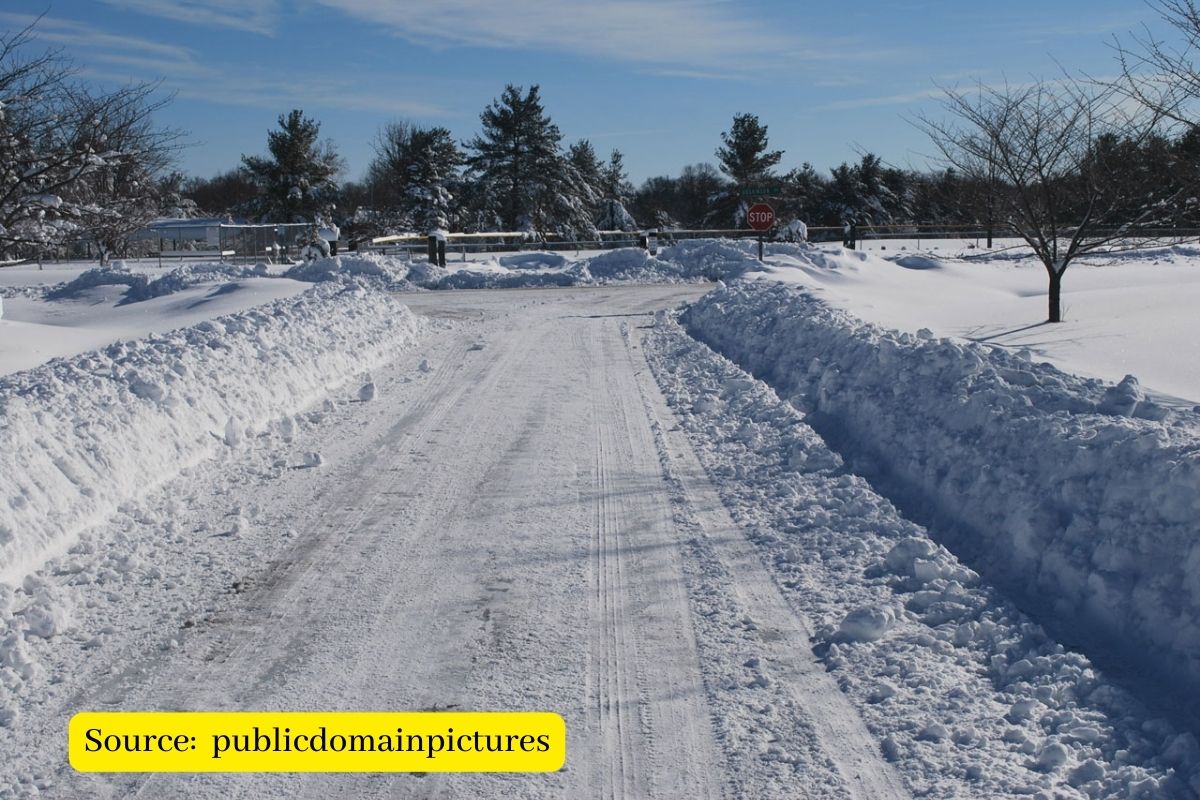 This winter has brought significant snowfall to much of Jammu and Kashmir, Himachal Pradesh, and Uttarakhand parts. Historically, more snow has meant more salt on the roads. It’s an effective way to clear the roads in winter, but it also has a huge impact on the environment. As the snowmelt leaves, with the salt components, in the rivers and streams.

During the winter, to prevent ice from forming on the roads, maintenance services are responsible for spreading salt, but this ally also has negative consequences for both the infrastructure and the vehicles themselves.

As soon as the temperatures drop, especially when it has snowed, we see trucks spreading salt on the roads to prevent ice from forming. Salt is the best element to avoid ice and snow since when mixed with water it causes it to freeze at lower temperatures, this helps people and vehicles to circulate safely on sidewalks or roads. We even go so far as to demand that the authorities send out snowploughs to remove the snow and spread salt.

New Hampshire was the first state to use road salt in 1938, and by the 1970s scientists were sounding the alarm about its possible negative effects, particularly the contamination of private wells.

Why do people put salt on roads in winter?

It helps prevent ice from forming on the pavement, making it much safer to drive during winter weather. The salt that is spread on the streets and sidewalks is essentially the same as the table salt that people add to their food.

What is the effect of salt?

Ice forms when water reaches 0°C, but water with 10% salt freezes only at -6°C. As we increase the amount of salt, more cold is necessary for ice to form.

By pouring salt on snowy roads, you lower the freezing point, causing it to melt and clear the way for transportation. If the ambient temperature is below -8°C, it may not melt. The salt will not be able to mix with the ice that is too solid, because a minimum of water is needed on top for the defrosting process to begin.

This process by which the melting point is lowered is called the freezing point and is a colligative property of water. These properties depend on the number of particles in the substance. Sodium chloride dissolves into two types of particles, one sodium ion and one chloride ion for each molecule.

Chloride from road salt regularly finds its way into drinking water. Excess salt is not only harmful to humans (especially those on low-sodium diets), but deicing salts have the ability to mobilize harmful chemicals sequestered in the soil, such as radon and mercury.

High chloride levels can also corrode water pipes, releasing heavy metals like lead into drinking water. This phenomenon was responsible, at least in part, for the 2014 water crisis in Flint, Michigan, where the city’s river water spewed “abnormally high levels” of chloride, according to the study.

As snow and ice melt on roads, salt seeps into the soil, lakes and streams, and in some cases contaminates drinking water reservoirs and wells. It has killed or endangered wildlife in freshwater ecosystems, with high levels of chloride toxic to fish, insects and amphibians, according to the Environmental Protection Agency.

Also Read:  How do ants respond to rising temperatures?

Impact on the environment

In a report on water quality in the upper river, the Upper Mississippi River Basin Association (UMRBA) notes that chloride had risen 35 per cent across the basin between 1989 and 2018. The 14 river sites where chloride was measured, plus one in the Illinois River, which feeds the Mississippi, showed increases in the contaminant.

Why should we care?

Road salt poses a risk to freshwater aquatic species, which are dependent on low levels of salt. Freshwater species have specific biological adaptations to low salt levels, unlike their oceanic counterparts which have different types of adaptations.

Studies show that increased chloride concentration, associated with salt, can cause disruptions in food webs, as sensitive species become stressed by high concentrations. For an aquatic organism, salt stress can lead to a diversion of energy to maintain basic functioning, meaning less energy is directed to growth and reproduction.

High salt concentrations have been found to lead to decreased egg mass for aquatic organisms and decreased growth rate. Basically, this means that sensitive species can eventually be “filtered” from food webs, leading to a decline in biodiversity.

The solution would be to use other more environmentally friendly compounds, but they are not cheap. There are imaginative solutions such as using beets, for example, but it is something in the experimental phase.

Other alternatives would be calcium, magnesium or potassium acetate, however, they are more expensive, therefore their use is difficult to spread, and in Nordic countries, they have been used in some specific areas of high ecological value.

Many municipalities are already experimenting with ways to fix the problem. Brining, where salt is mixed with water before being applied to roads and its subsequent impact, resulted in a 23% reduction on Wisconsin roads, the University of Wisconsin-Madison said.

Some places even use beetroot juice to help the solution work at a lower temperature. Because standard road salt is much less effective at temperatures below 15 degrees.

In any case, there is no other method that is more efficient and cheaper than salt, and it is insisted that, if it is used responsibly and when a road is planned, suitable vegetation is planted on the sides, it can prevent the salt from slipping down. nearby watercourses, and in this way does not pose a risk to the environment.