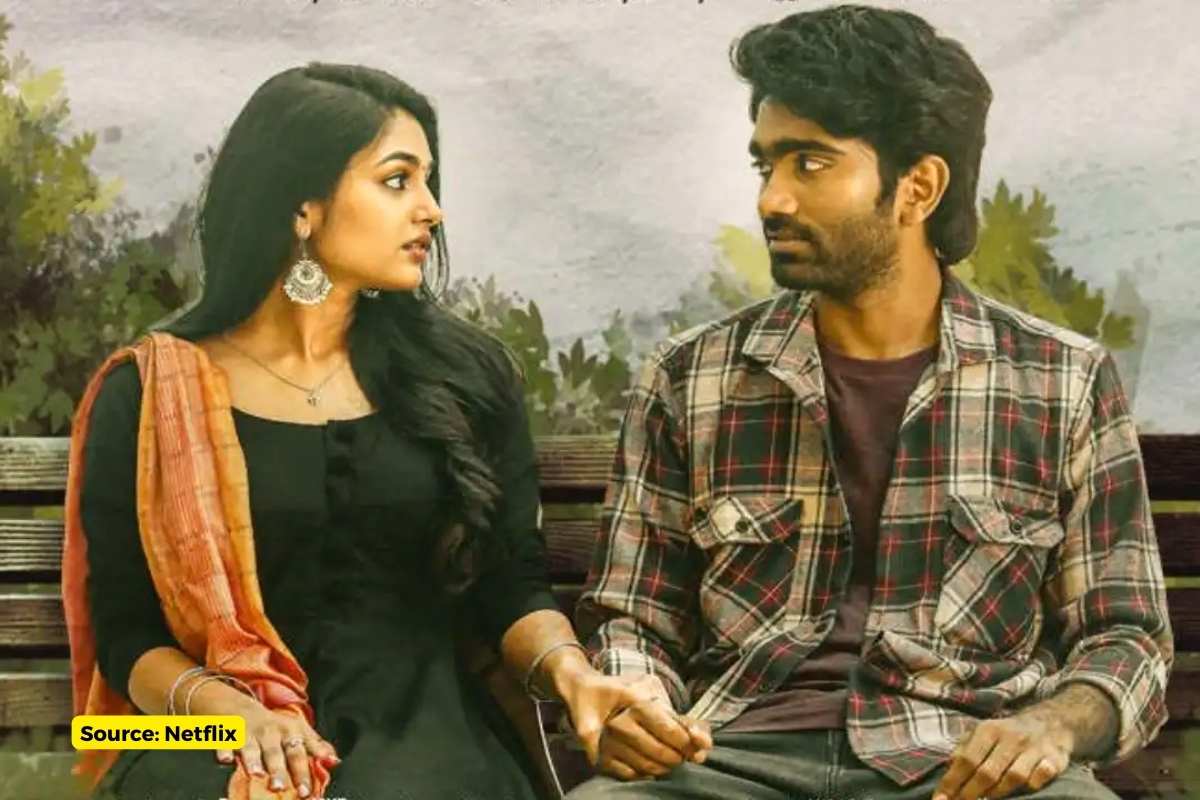 Love Today sounds like a movie Imtiaz Ali would have made about love in today’s world. Wait, he did. Kartik Aaryan-Sara Ali Khan starrer Love Aajkal. What a shameful depiction of love in today’s era.

Quite unlike the Imtiaz Ali movie, Love Today is a remarkable film when it comes to exploring ‘modern love’.

The film is trending on Netflix.

Our relationships are driven by mobile phones. The space around us is personal, and the virtual space is much more personal than anything. We have seen glimpses of ‘Love Today’ in many other films. But, no director-writer explored this dimension so brilliantly.

The film explores the potential question of what love looks like in a world that is driven by what you show. In a sense, you are more about hiding than showing. You want to know, like, and be recognized, and how does that play a role in defining your relationships?

The dimensions of love for both the girl and boy are unique. They are prominently dominated by how social media treats them. For example, the girl has a lot of boys wooing her and sliding into her DMs. While the boy is trying to talk to so many girls through numerous pretexts. This context adds nuances to each character.

There are a few more parallel plots that define the existing social media ecosystem and subsequently-constant image building. In addition, how this system exploits an individual’s vulnerabilities instead of empowering them to get over them. The writing is so layered that you’re so engaged that you can barely predict the next scene.

In addition, some unique, and interesting filmmaking tools are used to get the point across. For example, the Netflix series Fargo (2014) style split screen to show contrast or conversations. Second, reducing the screen ratio to depict change in the mood or emotion of the relationship. There are so many more things to mention.

The cinematography is so engaging and complements the film really well. The color palette, slow motions, lighting, etc. are brilliantly used for tonality shifts, and how.

Pradeep and Nikhita are modern-day lovers. The couple constantly chat and talk on the phone. They meet often, and share everything about their lives. Both of them share/know everything about each one’s lives. Even, the design and architecture of their respective homes. They take pride in being honest, and truthful to each other. ‘I know everything about her’, claims of the characters.

But, when both of them decide to get married Nikhta’s father has a condition. He asks a couple to swap their phones for a day. That’s where the conflict, and reluctance begin.

The film stars Pradeep Ranganathan, Ivana, Raveena Ravi, Yogi Babu, Sathyaraj, and Raadhika Sarathkumar in lead roles. The film is written and directed by Pradeep Ranganathan himself. He is also credited with dialogues and lyrics.

If you wish to watch something on the weekend or while you’re eating this is the film. Highly recommend the film for the original vision for the love in a world full of technology. In a world, which is taking over by technology, and hassle culture, the film has a very poignant message of patience.

Love needs to be nurtured and have faith. Everyone makes mistakes, that’s exactly what makes each of us humans. Amidst cancel culture, the film also pins down the lack of trust and compassion towards one another. Ultimately, lack of love.

Love today, is about the present, and the possible future.

Read More in Art and Culture