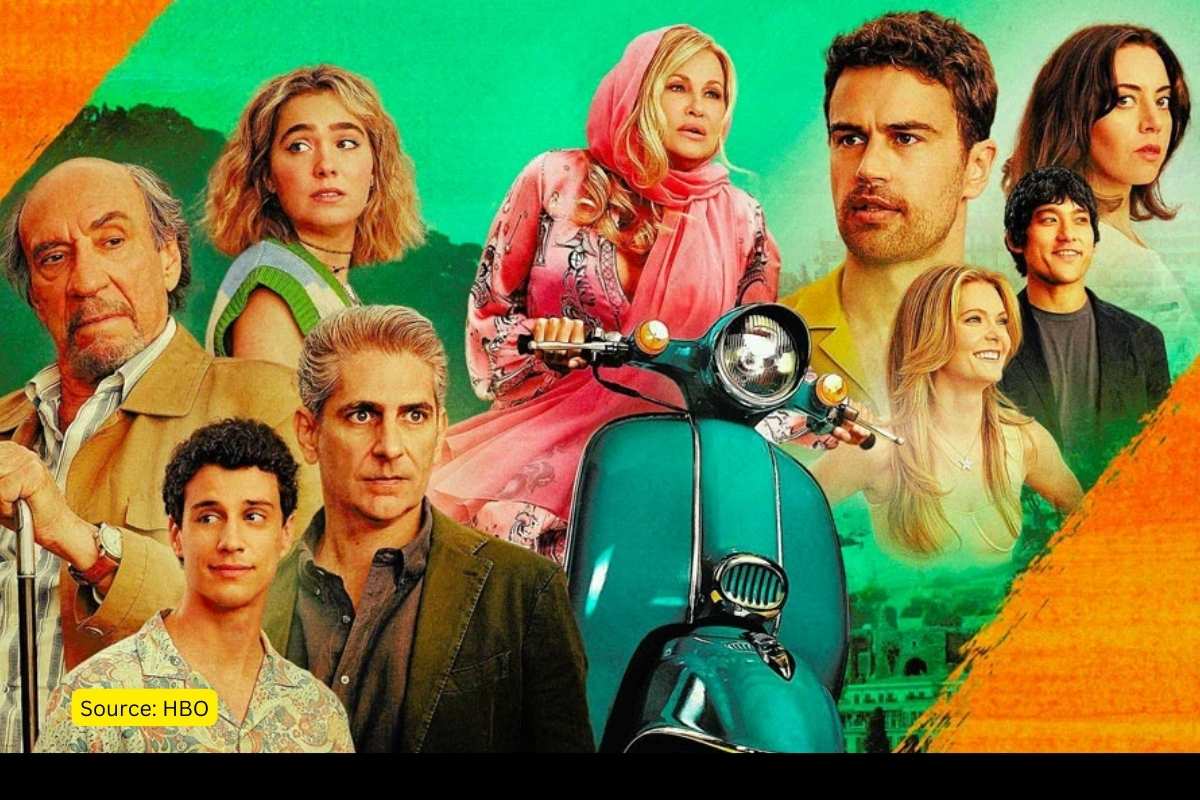 This Monday, five episodes of season two dropped on Disney+ Hotstar in India of the hit HBO series The White Lotus. I guess, these are enough numbers of episodes to gauge if the show stands on the hype after season one. Honestly, for me, it doesn’t. Rather, the show falls flat due to the burden of its predecessor.

Set in Sicily, Italy in another hotel of The White Lotus chain, the show explores the world of rich people. Unlike season one, here we have two sex workers helping us navigate the world of these riches. The show is layered with horniness and sexual urges. Quite like in season one, the show’s writer is not kind to any of these characters in the show and focuses on the duality of each one’s ideologies. But, does it hit home? Maybe, not.

The nuances of season one, and pointed satire were missing in season two. Although, the interesting shots coupled with editing make these riches feel shallow. But, as you’re not invested in their conflict, one can barely care. With the show’s high budget and picturesque locations, the show looks so polished and sharp.

I am not saying that the attempt wasn’t genuine, or engaging but season one was a class apart. The first season put to test the logic of the ‘short attention span theory. The brilliance of the writing and the engaging screenplay was reflected extraordinarily in the first season. The audience was hooked from the get-go, investing thoroughly in each character’s conflict and flaws. That seems to have diluted in season two, where conflicts are layered in sex or apparent desires.

I wish to know why they did that though. There is a reference to Moor’s story dealing with infidelity in the beginning. ‘Testa di moro’, the head gears look beautiful, but the consequence is death. You may want to see episode one to know the entire reference.

Maybe, this is the point where not being well-versed in the Italian culture impacts my viewing experience. But, shouldn’t the show have been a bit more universal? Although, the shots of these sculptures and paintings waking at these characters performing their flaws, and guarding themselves are very creepy, to say the least.

I was somehow also missing the background track from season one. As Jennifer Jennifer Coolidge was the star of season one, Aubrey Plaza who plays Harper will definitely shine here.

Seeing this season made me think of Delhi Crime Season 2. A similar phenomenon was witnessed there as well. The experience of watching Season two of Netflix’s award-winning show wasn’t the same. Maybe, that’s how season two are. Or, maybe it is just me.

I might not have been on-board with the initial five episodes, but the last two sorts of took me with them. And, yes, death. Who could have thought? That being said, I still feel we’re far from the quality that the first season gave us. Or, maybe that’s just my storytelling choices. I want my characters to have roots in something which is beyond sex and desires.

Additionally, is this what conclusion looks or feels like for rich people? I mean, no remorse or regret or compassion, not whatsoever. These riches could barely care about what happened to them. And, most of them embodiment of toxic masculinity.

Mike White, you’re a gem. If rumors are believed, then the third season would be shot in Asia. Furthermore, it will deal with death and spirituality. Lastly, The White Lotus is satisfying television and is not so bad. But, isn’t obnoxiously good, either.