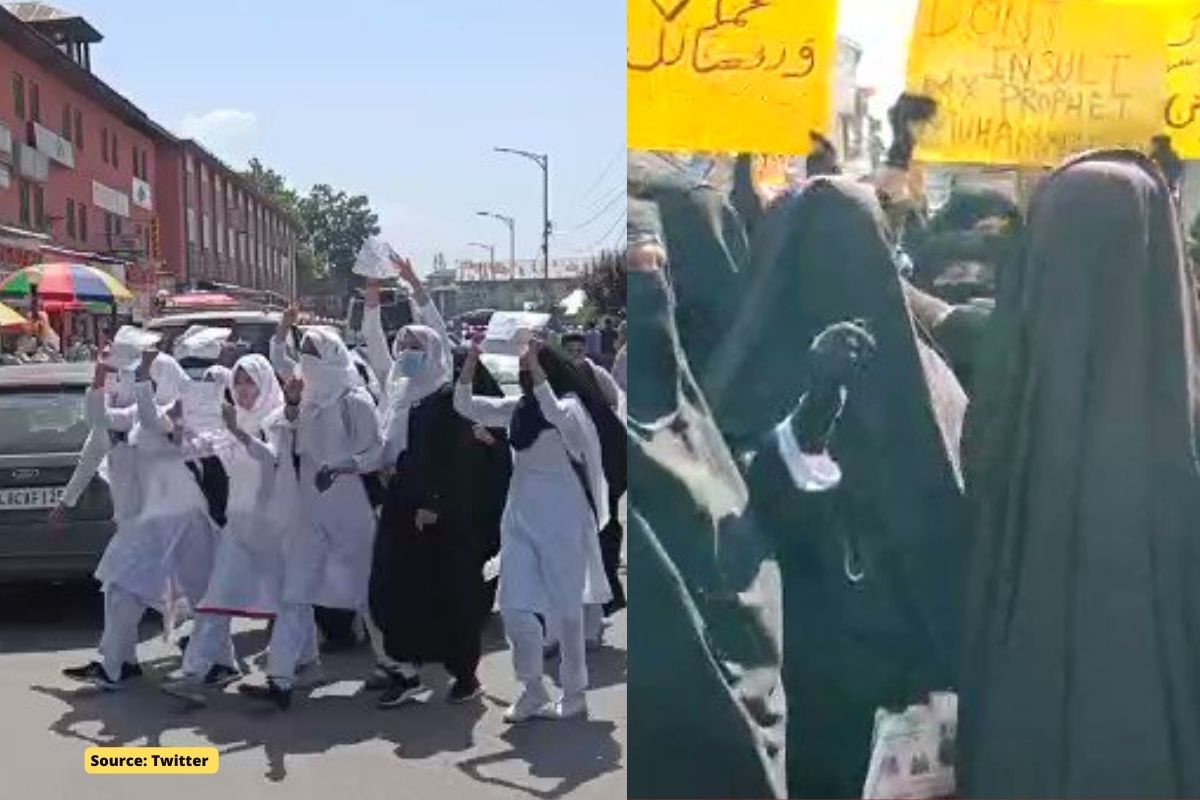 A video has surfaced from the Sopore area of Kashmir. In it, the burqa-clad woman shouts in unison: ‘Gustak-e-Nabi needs a head.’ After this, all the Muslim women behind also repeat the same word.

They further say: ‘A punishment of Gustakh-e-Nabi, separated from head tan-separated from head tan. These women are also threatening: “Gustakh-e-Nabi is not good for you, no, it is not yours, it is not good.” Another video is of some Kashmiri schoolgirls. These girls wearing hijabs will openly walk in ‘Kashmir’ nizam-e-Mustafa through the streets. The Gustakh-e-Rasool punishment itself can be heard shouting the motto ‘Head tan se zada, sir tan se zinda’.

In another video, male students also raised similar slogans against Nupur Sharma. “Bolo, Bolo kya chahiye, Gustakh-e-Nabi ka Sar chahiye!” (Tell us, what do you want? We want the head of the one who insulted the Prophet) could be heard from the men protesting against Nupur Sharma.

Earlier, a municipal councillor of the BJP resigned from the party in protest of the controversial remarks on Prophet Mohammad by suspended spokesperson Nupur Sharma. BJP councillor from ward number 14 of Kota Municipal Corporation, South Tabassum Mirza on Monday sent her resignation to the party’s state unit chief Satish Poonia and Kota district president Krishna Kumar Soni, explaining the reason for their resignation.

In her letter to Soni, Mirza, who joined the BJP about 10 years ago, said that she is resigning from the primary membership of the party as it is not possible for her to continue working with the party in the present circumstances.