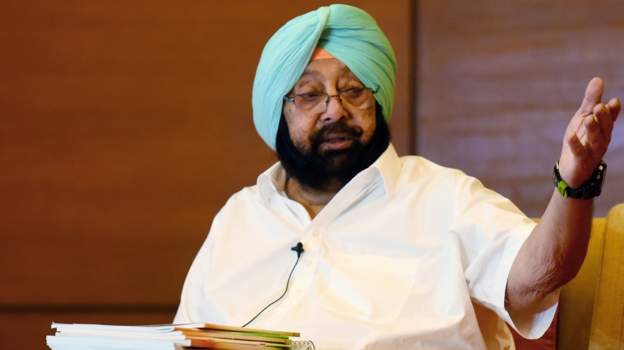 Ground Report | New Delhi: PM apologising to farmers; Welcoming the decision of the Center to repeal three agricultural laws, former Punjab Chief Minister Captain Amarinder Singh said that on the occasion of Prakash Parv, three agricultural laws have been withdrawn and farmers have apologized. Nothing can be more important than this. Could have. I thank the Prime Minister and the Home Minister.”

Along with this, the Captain also said that he is eager to work with BJP. Captain wrote in his tweet, “Great news! Thankful to PM @narendramodi ji for acceding to the demands of every punjabi & repealing the 3 black laws on the pious occasion of #GuruNanakJayanti. I am sure the central govt will continue to work in tandem for the development of Kisani!

He also said that, “Not only has it come as a big relief to the farmers but it has also paved the way for the progress of Punjab. I look forward to working with the BJP-led central government for the development of farmers.” I promise to the people of Punjab that I will not rest till I wipe every tear from every eye.”

Captain Amarinder Singh said, “Every region has its own agriculture. Laws like APMC were applicable only to Punjab and probably Haryana. They had no effect on other states. It got the maximum response from Punjab as it was here the most. So now it has been decided to repeal these laws.” (PM apologising to farmers)

ALSO READ: PM Modi to nation, all three farm laws to be repealed

Asked whether the farmers are still sitting on the agitation, Amarinder Singh said, “The Prime Minister has apologised. The question is when will the Parliament meet. It will be on November 29, that is, 10 days from now. The bill will be brought and The law will be repealed. The matter will end there, so what is the use of sitting on the movement anymore.”

When Captain Amarinder Singh was asked what his next move would be and whether his party would now go with the BJP, he said, “This was being said for three months. I had said that farmers’ issue comes first, followed by Will talk to you only on seat-sharing.